After more than 1,000 days since the launch of the science website project for the Campus Gandia  of the Universitat Politècnica de València, we think that now is an appropriate time for stocktaking.

3 years, 123 posts, nearly 90,000 views and more than 32,000 users later, the people here making the UPV Gandia Science project possible want to thank you for being on the other side of the screen and dedicating a bit of your time each week to reading the news we bring you on the scientific and research activity happening at Campus Gandia.

As we indicated on day one in our presentation, the UPV Gandia Science blog is a channel where we share news of technological and scientific interest, conferences, scientific dissemination. events and activities. And thanks to our social media presence (Facebook, Twitter, Flickr and YouTube) we have managed to generate significant interactions that allows us to improve day to day and find out which subjects interest you the most.

This we is more plural than ever. It is a “we” that includes more than 25 people, including researchers, technicians and students from the UPV, whose main interest is scientific dissemination and reaffirming the importance of R&D&i. The future depends on what we are researching and finding out now.

THE 10 MOST VIEWED POSTS

In the website we share content organized it into five main categories. Four of them correspond to the areas of study or “majors” that are offered on our campus: Environmental Science, Audiovisual Communication, Telecommunications Engineering and Tourism. And a fifth one, Science and Society, of a more generic scope. And of the 123 posts published these are the 10 that have garnered the most interest:

SOME DATA ABOUT OUR READERS

1) Age of the viewers of the UPV Gandia Science website 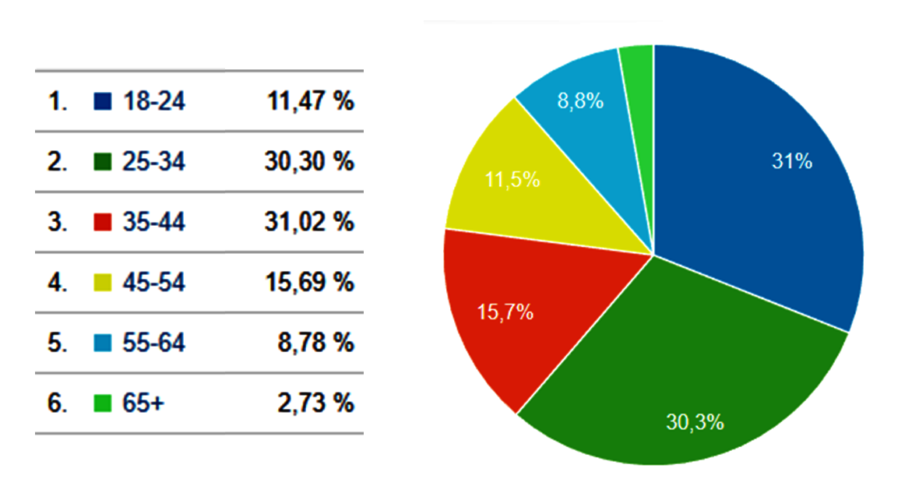 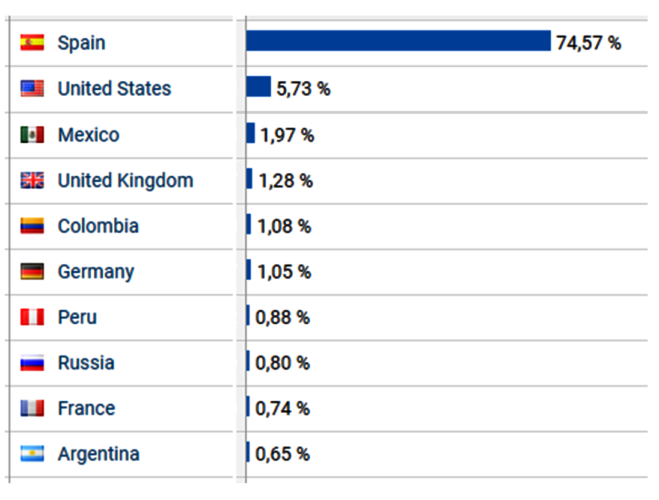 When we started regular publishing in July 2014, this space was written completely in Valencian and Castilian Spanish. However, in 2015 we decided to go one step further and add English. From that moment onwards, all the content published in the website has been available in all three languages. Thus we achieved a “trilingual” website (Valencian, Spanish and English) with the main objective making it easier for the published content to be read and understood by the greatest number of people possible.

There are several reasons and arguments that led us to take the step to publish English:

WE’LL BE BACK IN SEPTEMBER

We also want to take the opportunity to bid you farewell. A brief farewell, as in the previous years. We will gather forces in the month of August. Starting in September, we will continue giving you more news, opinions, reports and events related to the scientific activity carried out on Gandia Campus. If you can’t stand the wait, remember that you can listen to the Ciència Propera radio programs and watch the science and research videos on our YouTube channel. We’ll see you soon!