The popular CBS sitcom, The Big Bang Theory, enters its ninth and final season. Over the last nine years we have shared an apartment in Pasadena, Ca. with Leonard (Johnny Galecki) and Sheldon (Jim Parsons), two physicists who work at the California Institute of Technology (Caltech). We have also met their two best friends and coworkers, Howard (Simon Helberg) and Raj (Kunal Nayyar). In the pilot episode, Penny (Kaley Cuoco) moves into the apartment across the hall and Leonard gets a crush on her.

Over time, secondary characters have joined the show to later become main characters: Bernadette (Melissa Rauch) and Amy (Mayim Bialik), Sheldon’s female carbon copy and a second golden goose for the series. And despite the fact that all the characters are very interesting and entertaining, Sheldon is undoubtedly the lord and master of the series. Jim Parsons is magnificent playing the role of a highly gifted, extremely rational and very arrogant theoretical physicist who lacks social skills, empathy or the ability to detect the simplest sarcasm. There is no doubt that the tremendous success of the series rests on Sheldon’s shoulders and Parson’s performance. 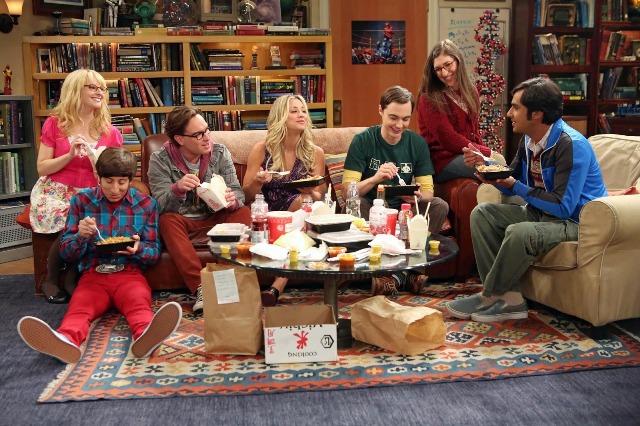 THE GEEKS GET POPULAR

The Big Bang Theory is like a refreshing and innovative comedy. Technically, it is shot in the classic multicom setup in front of a live studio audience used in sitcoms such as Friends (NBC, 1994-2004) or Seinfeld (NBC, 1989-1998), though the topics are much bolder and more contemporary. No one expected a series about science geeks to give so much of itself. And above all, that it could be so wildly successful with a lay audience.

Who would have that that one day a TV series or movie would focus on the day-to-day life of an ordinary scientist, who, like thousands more around the world, is seeking a better understanding of the universe that surrounds him? Though it is true that the filmmakers have tried to bring the lives of scientists to the big screen with more or less success, they have tended to be biopics about great scientists, with superficial stories of personal achievement, like The Theory of Everything (James Marsh, 2014) and A Beautiful Mind (Ron Howard, 2001). 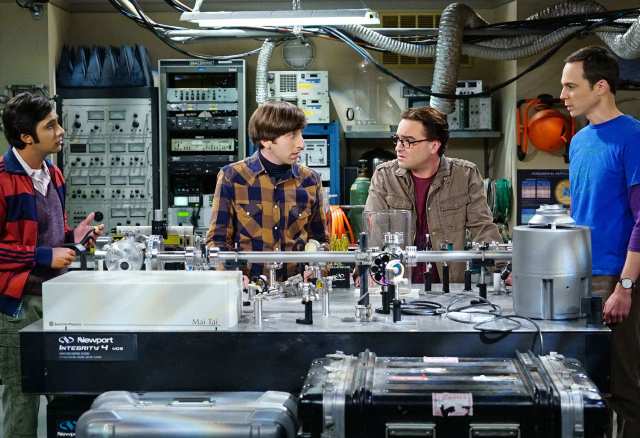 There is no need to demerit the lives of these great scientists portrayed on screen, or the cinematographic quality, but they do not represent the day-to-day life of the majority of scientists. On the other hand, the everyday life depicted in The Big Bang Theory is as accurate as it gets. In addition to biopics, scientists have been central characters in other film genres, but are usually portrayed as mad scientists such as Emmett Brown in Back to the Future (Robert Zemeckis, 1985), or people endangering humanity due to scarce moral values as in Outbreak (Wolfgang Petersen, 1995), or both things at once as in Re-Animator (Stuart Gordon, 1985). Needless to say, they could not be more wrong.

The Big Bang Theory is the best depiction to date of the contemporary scientific community. Perhaps they are not all as nerdy as these four main characters, though they are accurate representations of a fair number. Without doubt, the best portrayal of your average scientists is the character of Bernadette.

Finally, not only is the series entertaining, it is also educational. It addresses scientific principles in simple ways that audiences can understand and laugh at, like Sheldon’s ‘Doppler Effect’ costume or his ‘Schrödinger’s cat’ references to explain a love relationship.

Unfortunately, nine years is a long time for a sitcom and the series is becoming monotonous. It stretches out plot lines and gags that were once swift and ingenious and are now becoming repetitive, disjointed and forced. In the last few seasons, the truly bright moments have begun to dwindle and perhaps it is time to for the show to end its run. Still, I will really miss Sheldon when he’s gone.