Campus Gandia hosted the XI edition of Science Week that was dedicated to soils this year in honor of 2015 International Year of Soils. So fittingly, the first activity was the inauguration of the ‘Soils and Forest Biodiversity’ science exhibition, organized by the Spanish Society of Soil Science (SECS), and the ‘Soils Museum’ exhibition on the Mediterranean and tropical environments, both curated by Josep V. Llinares, researcher at the Campus.

The aim of Science Week, according to Francisco Castells, Science Week coordinator, is to bring scientific knowledge closer to society in order to enable citizens to make more informed decisions and critiques and also motivate young people to love science. In fact, over 500 teenagers experimented with science first-hand through the different organized activities.

FRACKING: THE RISKS AND CONSEQUENCES 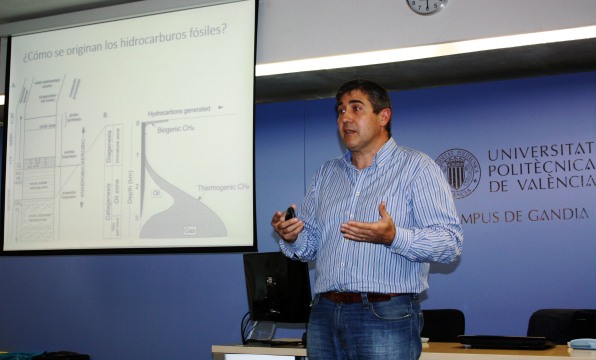 Miguel Rodilla, researcher at Campus Gandia, gave a lecture on fracking in which he explained the risks of this form of extraction, such as the contamination of ground water with carcinogenic substances, given that there are no regulations regarding shallow fracture; the atmospheric emission of the substances used in the drilling process; deforestation in areas where fracking takes place, as well as seismic movements.

Rodilla assured that fracking would continue as long as humans persisted in their high demand for hydrocarbons, since all the accessible conventional deposits are expected to be exhausted by 2100. The current development model is the cause of global warming planet that will destroy the coastlines, increase desertification and harm agriculture.

Year 4 students of Environmental Sciences taught workshops in which high school and baccalaureate students conducted experiments and took part in games that demonstrated the importance of soil quality. In the ‘Water Storage and Filtering’ workshop, they saw first-hand how the soil substrate affects the water quality and learned how to make a household filtering system. In the ‘Desertification, Erosion, Eutrophication’ workshop they analyzed the quality of different water samples, examined microorganisms in the laboratory and verified the relationship between soil quality and the desertification processes.

The other workshops the were offered included a field trip, a socio-environmental trivia contest, a visit to the Marsh and a survival workshop. The workshops were supervised by research professor Paloma Herrera.

THE IMPORTANCE OF SOIL 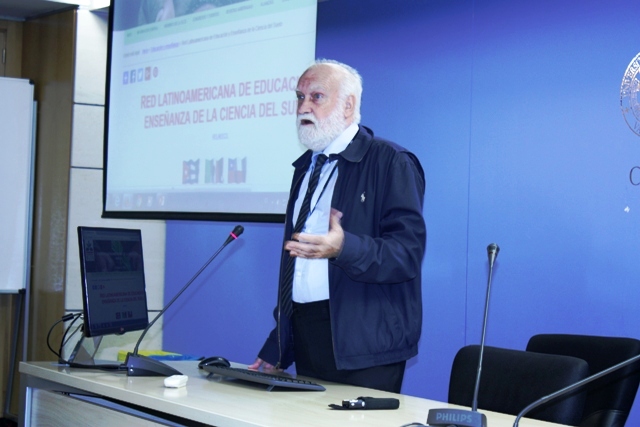 In addition, Jaume Porta, president of SECS, gave a conference in which he explained the importance of soil for human survival. According to the scientist, every day there are more and more people and less and less land for farming. And an increase in acreage for crops means deforestation, which increases the risk of erosion, with the subsequent loss of the beneficial life-sustaining properties of soil. Porta highlighted that soil is a nonrenewable resource on a human scale and defended the need for all parties involved in land management to reach compromises for more efficient land use. 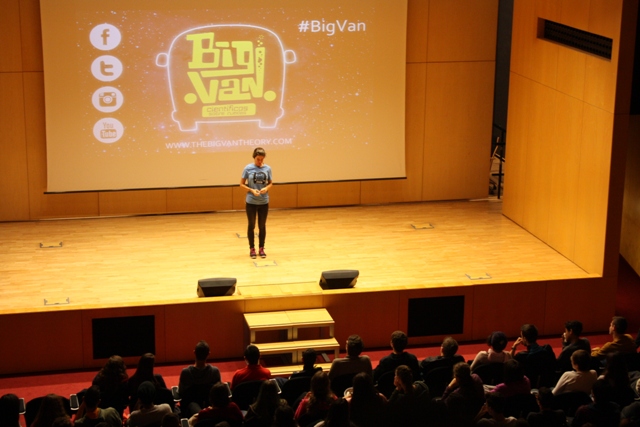 The program ended with a stand-up comedy performance by ‘Big Van, Scientists on Wheels’, a group composed of the FameLab contest finalists. Nearly 250 people enjoyed themselves laughing while learning with three of the stand-up science comedians in the hilarious show that closed the eleventh edition of the Science Week.