Campus Gandia hosted the International Cinema/Series Conference on November 6th and 7th, where over 100 attendees listened to leading experts discuss the transfer processes taking place between TV series and films. During the entire weekend in Gandia the characters, plots and visual esthetics of popular series such as Sherlock, Hannibal, Fargo, Gomorrah, Mad Men or Breaking Bad were the focus. You can see the entire program online at: www.researchseries.org.

We review some of the presentations given at the conference after the jump:

On Day 1, Roberta Pearson analyzed the intertextual relationship within the Sherlock Holmes franchise with three examples: the recent BBC series, Sherlock; Sherlock Holmes (1984-1994) series and the movie The Private Life of Sherlock Holmes (Billy Wilder, 1970). These relationships are characterized by the faithfulness to the original literary texts, the influence of each new version on the next one, as well as the so-called Holmesian Canon.

Alberto N. Garcia spoke about the differences between storytelling in film and television today. Milestones such as Hill Street Blues, Twin Peaks or The Sopranos paved the way for new television storytelling styles that were more sophisticated, complex and innovative. To prove his point, Garcia analyzed the two series Fargo and Hannibal. 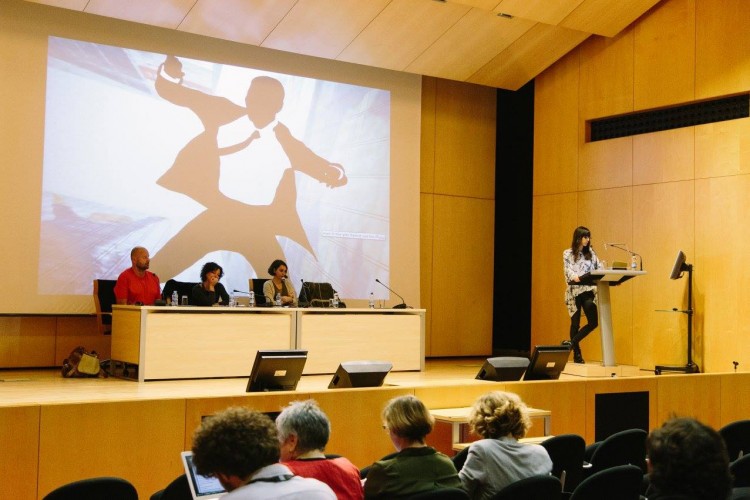 The study presented by Lucía Salvador focused on the differences and similarities between Mad Men and the films about the golden age of advertising. Five decades later, Mad Men offers a retrospective look at the evolution of the consumer society of the 60s through the lives of the admen at Sterling Cooper who invented the “American Way of Life” and became experts at selling the happiness that they themselves were incapable of achieving in their own lives.

In his presentation titled “Breaking Bad and Western Movies”, Emre Tuncel turned to the iconic western movie, The Great Train Robbery, to explore the common ground between the television series and the movie genre. Wide angle landscape shots, deadly outlaws, shootouts and showdowns, the forces of lawlessness, chases, gunslingers; these are the elements help define the series as a “Postmodern Western”.

According to Laura Cortés-Selva, televised fiction is now competing with movies and out-performing them in many cases. There is a transfer process taking place between movies and TV series clealy seen in the visual style, specifically in elements related to lighting, photography and the treatment of color. And Sarah Jalbert asked why it was so common to see the jump from a TV series to a movie (Twin Peaks, The X-Files, Mr. Bean, Sex and the City, Belle et Sébastien or Entourage), but so uncommon to see it the other way around; from a movie to a TV series.

“Today’s TV series represent life itself, with characters that are very relatable. Their concerns and issues are the same as the ones of the viewers on the other side of the screen”. Interest in or attraction to the antihero started out with the figure of Tony Soprano (The Sopranos). This character initiated the emergence of a series other dark, gray figures such as Vic Mackey, Jack Bauer, Dexter Morgan, among many others. However, if we had to choose a contemporary antihero that stands out, it would be Walter White from Breaking Bad. This is what Xavier Grabolosa claimed in his presentation. 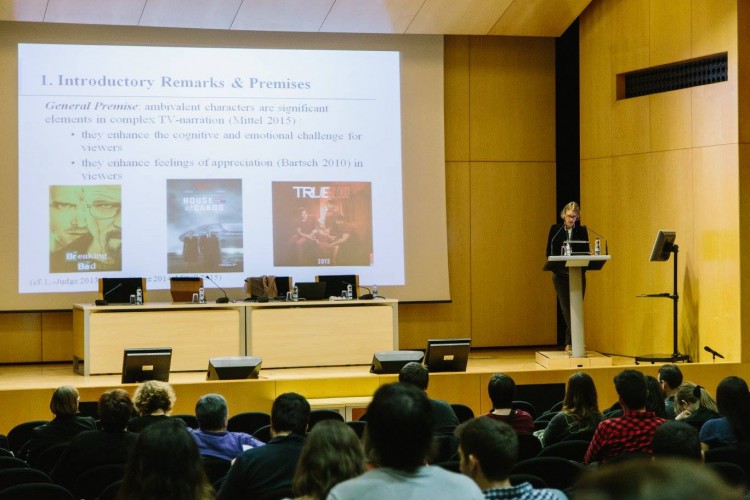 Finally, the researcher Kathrin Fahlenbrach suggested to the conference attendees that the most complex and human characters can now be found more in TV series than in movies. And she pointed out that, “given the success of series such as Twin Peaks, The Sopranos, Breaking Bad or House of Cards, it is apparent that audiences like and root for ambivalent characters. Characters that break with the simple stereotypes of ‘good’ or ‘evil’.”

Thanks to funding from the Spanish Government, and lead by Hector J. Perez (Campus Gandia), is continuing a research project centered on the theme of the conference titled: Innovation Strategies for Research on TV Serial Narratives.