Researchers from the Fisabio Foundation, which reports to the Valencia Ministry of Universal Health and Public Health, the Francesc de Borja Hospital in Gandia and Campus Gandia of the Universitat Politècnica de València (UPV) have developed a new methodology to measure the vibrations transmitted from incubators to newborns.

The standard equipment used in neonatal units includes alarm systems, pulse oximeters or infusion pumps that often generate noise and vibrations. In addition, the everyday operation of the pediatric equipment, the incubator motor and the alarm triggering mechanism can amplify the airborne noise frequencies and vibrations.

With the methodology developed in the Neovibra study, the research team is able to evaluate the vibration levels that newborns are exposed to in the cradle of the incubator. “We carry out an on-demand diagnosis, because we do a check of the entire cradle structure to detect the existing points of vibration,” explained Romina del Rey, an Acoustics expert at Campus Gandia of the UPV. 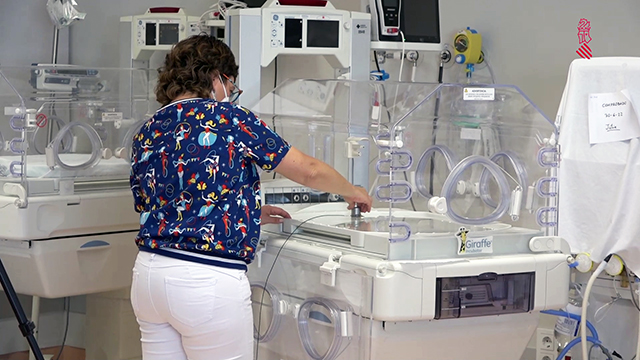 “Many of the newborns are admitted because they are premature and have come out of their mother’s womb before full term, where they were isolated from light and noise. For this reason, we have a great interest in reducing light and noise pollution, so that the conditions upon admission are the most favorable. But, in addition to this, we have centered our efforts on measuring the vibrations, to find out how they affect patients and improve the conditions of the neonatal wards,” said Dr. José Miguel Sequí, head of the Pediatric Department at the Francesc de Borja Hospital in Gandia, as well as a researcher in Fisabio.

Interview with José Miguel Sequí, Head of the Pediatric Department at Gandia Hospital

Additionally, the Neovibra study has carried out in-situ measurement of vibrations in the incubators of the neonatal ward at the Francesc de Borja Hospital in Gandia. In parallel, these measurements were complemented with simulations of the incubators using modeling software that analyzes different physical and acoustic behaviors. 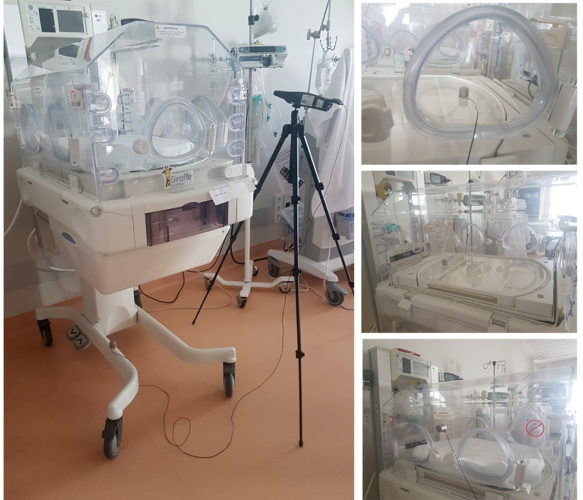 These on-site measurements took into account the values and levels established in Royal Decree 1367/2007, which establishes that overall vibration levels must not exceed 72 dB in hospital settings.

In view of the results, the next step of the project focuses on proposing innovative, simple and economical solutions to reduce the levels of vibration transmission below the thresholds established in current regulations.

The research staff of Fisabio in Gandia and the UPV seek to transfer this vibration measurement system to the neonatal wards of other hospitals, in order to expand and continue comparing the results obtained so far. In addition, the team is also reaching out to involve companies that manufacture incubators in the project. With their involvement, they will be able to offer a better product, either with materials that reduce these vibration transmission, or by modifying the characteristics of the motors.

The study has received funding from the Polisabio and Safor Salut program, promoting and facilitating coordinated joint actions between personnel from the Fisabio Foundation and the UPV.