Since February 24, the day the Russian military offensive began in Ukraine, the war has been front and center of the news. However, in this new information paradigm dominated by technology and the immediacy of social media, we have more than likely seen the minute-by-minute reporting of the conflict first-hand through the social media profiles of Ukrainiana civilians themselves.

In this context, Nadia Alonso, an expert researcher in Communications at Campus Gandia of the Universitat Politècnica de València (UPV), alongside Pavel Sidorenko, a researcher at the International University of La Rioja, have focused on TikTok and the news coverage of the war on this social media platform in his article published on theconversation.com

The use of social media as a source of news in sociopolitical conflicts is not a new phenomenon. As the authors indicate, there are references such as the Arab Spring protests in 2011 or the 15M in Spain, among others. However, the use of TikTok is new. For Alonso and Sidorenko, “we are at a turning point where TikTok stands out as the leading social media platform to access images of an armed conflict whose repercussions have a global reach.” 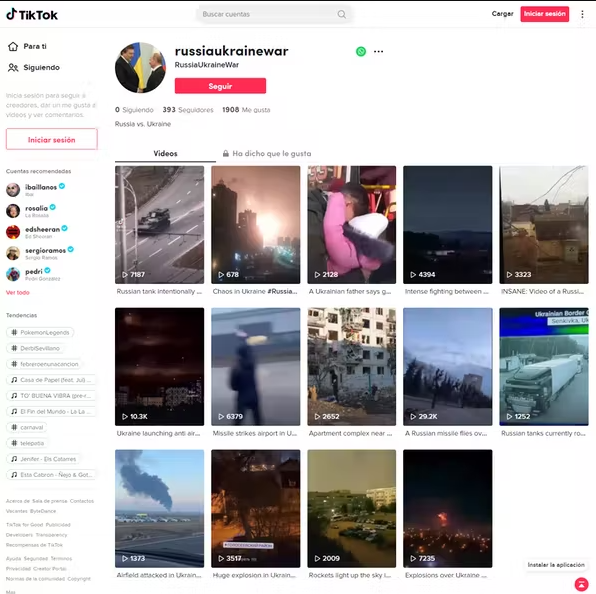 With more than 1 billion users in the worldwide, TikTok has positioned itself in 2022 as the second-most popular social media platform with respect to daily time spent on the site, along with Facebook and trailing behind YouTube. Therefore, it is not surprising that the social media platform has taken on the role of news screen for the conflict. However, as the authors state, the very storytelling characteristics of the application, based on music, viral challenges and content mainly targeted to Generation Zers, calls into question whether it is a suitable platform for the retransmission of a war, an under-explored dimension of the platform that could trivialize the conflict. 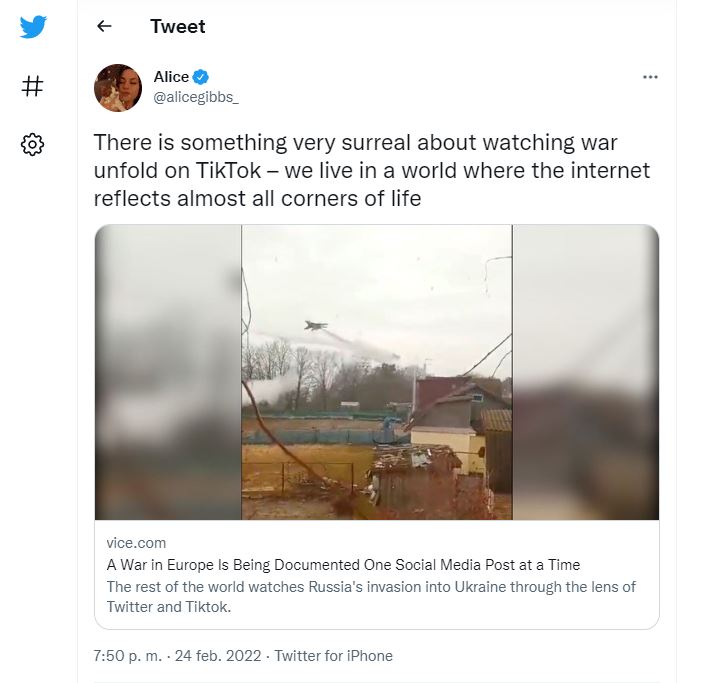 The researchers recall, “TikTok is a trend-based platform characterized by the use of vertical video, the speed of consumption and short, spontaneous and easy-to-generate content, making not only the content relevant, but how it’s told. Entertaining and fresh storytelling reigns.”

According to Alonso and Sidorenko, “TikTok acquires great relevance as a social network used by Ukrainian civilians to talk about the Russian attack, but also by the different actors involved in the conflict and by other users who publish content related to it.” And the app is not only being used by the people; many news outlets have now adapted their content to the social platform to offer coverage of the conflict through this app.

Similarly, the counterpart of the conflict is using the same platform. An example of this are the TikTok posts made by the news channel RT (current name of Russia Today), an international television network owned by the Kremlin considered to be a weapon of Russian propaganda. In this regard, the researcher emphasizes that “we must take into account that, due to its own characteristics, TikTok is a social platform that lends itself to spreading disinformation and requires detailed and differentiated work from verifiers.”

In response to the proliferation of fake news about the conflict, on March 4 TikTok announced that it would add labels to posts by Russian state-controlled media outlets on the platform. Despite this, after announcing a new law in Russia that contemplates up to 15 years in prison for spreading “fake news” about the Russian forces in the conflict, TikTok announced the temporary suspension of its video service in this country, enabling only the internal messaging service.

“The safety of our employees and our users remain our highest priority.”

“In light of Russia’s new ‘fake news’ law, we have no choice but to suspend livestreaming and new content to our video service while we review the safety implications of this law.”