A team from the Universitat Politècnica de València (UPV), the Higher Council for Scientific Research (CSIC, for its Spanish initials) and Columbia University (USA) has created 3D-printed acoustic holograms (whose feasibility was demonstrated in an animal model) to improve the treatment of diseases such as Alzheimer’s or Parkinson’s, among others.

This project graced the cover of the IEEE Transactions on Biomedical Engineering magazine. 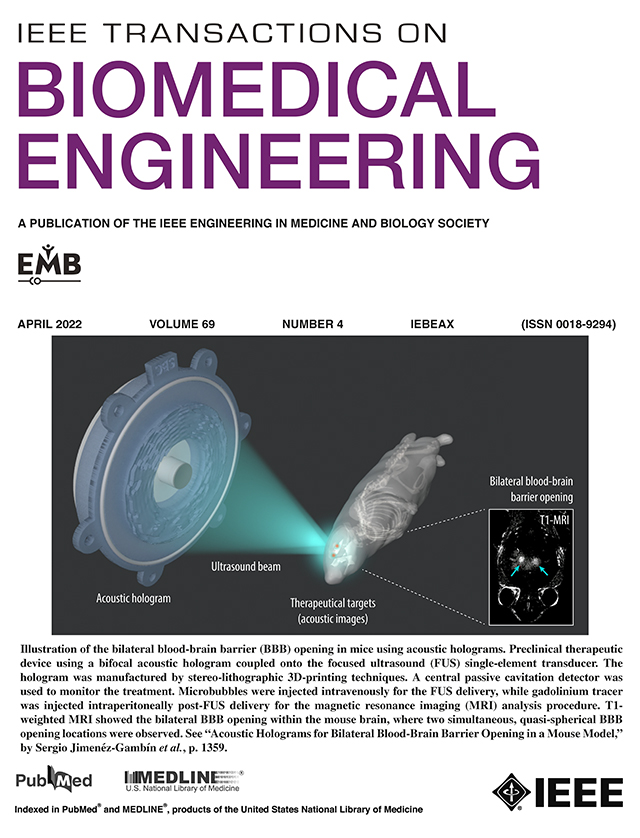 The holograms devised by the UPV and CSIC research team temporally and locally opens the blood-brain in a selective, efficient and highly targeted way, allowing drug delivery to treat pathologies that affect the central nervous system. 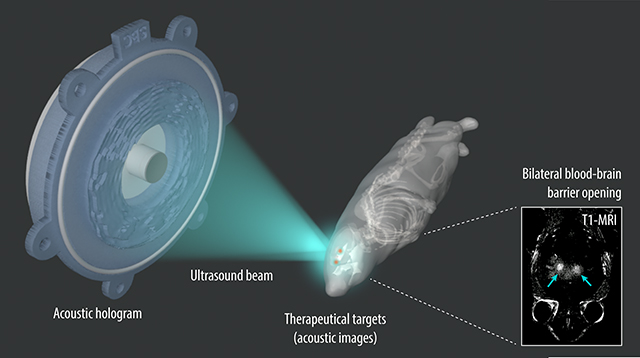 According to Francisco Camarena, research professor at Campus Gandia, transcranial focused ultrasound has shown great potential for treating neurological diseases thanks to its ability to generate therapeutic effects with precision and in a non-invasive way. “However, applying them to the structures of the central nervous system is complicated, due to two major drawbacks: the effects of aberration and attenuation introduced by the skull bones and the complex and extensive spatial distribution of the deep structures of the brain,” Camarena points out. 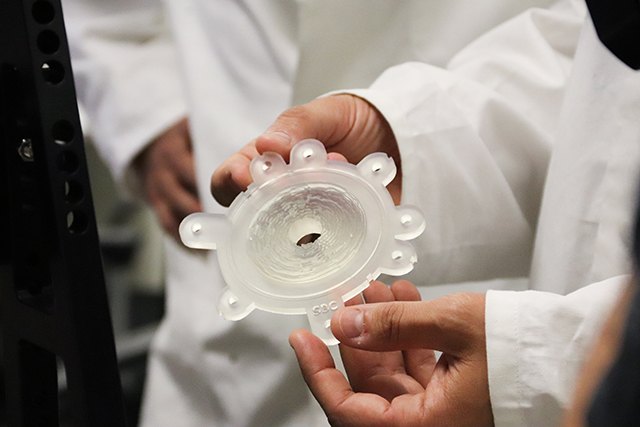 The acoustic holograms devised by researchers from the UPV and the CSIC allow a more targeted opening of the blood-brain barrier than by just using ultrasound exclusively and, what is more important, they can correct these aberrations introduced by the skull. Simultaneously they can generate a multifocal ultrasound beam on specially relevant brain structures.

“Thanks to our holograms, the ultrasound beam can be targeted and adapted bilaterally and very precisely on parts of the brain that are of great therapeutic interest, such as, for example, on the two nuclei that make up the hippocampus, related to Alzheimer’s disease, and that has a whimsical three-dimensional shape,” adds Noé Jiménez, Ramón y Cajal researcher at the UPV. 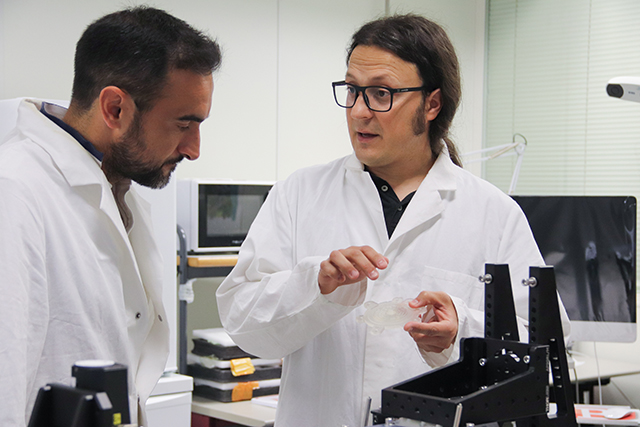 This is the first time that blood-brain barrier opening has been achieved simultaneously in both hemispheres. In addition, the UPV-CSIC-Columbia University team has achieved this with a much higher resolution than the standard, which allows a better targeting of the area to be treated, minimizing the volume of healthy brain tissue that would be sonified, while simultaneously reducing the cost and time of intervention.

How does it work?

The ultrasonic transmitter is like a loudspeaker, but it vibrates at half a million oscillations per second. The hologram is placed in front of it and the wave pierces it; at the same time, a water-filled cone is placed in contact with the skull, propagating the wave before reaching the patient; then the wave passes through the skull, ultimately focusing on the brain area of interest. At the same time, microbubbles – contrast agents – are introduced into the bloodstream, where they begin to vibrate when they reach the capillaries of the brain and come into contact with the ultrasound. The epithelial tissue of the blood-brain barrier begins to give way and in that moment “small cracks” open up for the drug molecules to pass through and treat the central nervous system pathologies. 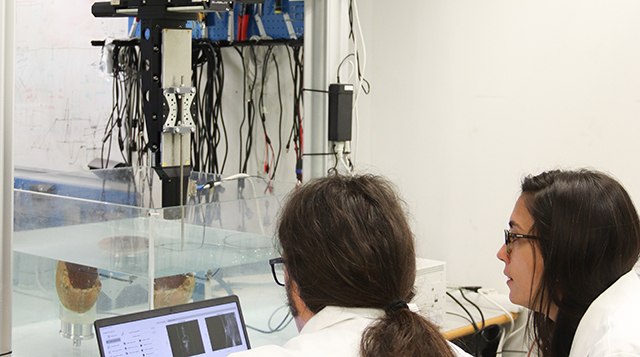 The hologram is printed, customized for each case, with a 3D printer. “For example: Let’s say the doctor needs to sonify a patient’s tonsil. In order to do this, he or she would provide us with a CAT scan and an MRI, over which he would identify and segment the treatment area. With this information, we design the hologram that we need in order to achieve the sonification of the region of interest,” explains Sergio Jiménez, a student in the University Master’s Degree in Acoustic Engineering program, a doctor from the UPV and currently a postdoctoral researcher in the Columbia group, who also highlights the low cost of holograms, which could range between 40 and 300 euros depending on the medical application.

Currently, the team of researchers from the UPV, the CSIC and Columbia University is working on testing this new technology to open the blood-brain barrier in macaques, and is designing the initial protocols for experimentation in humans to treat brain tumors and to carry out brain neurostimulation studies.