The high sound pressure levels experienced by space rockets during liftoff are due to the sound waves that are generated by the rocket engines and bounce off the launch pads, among other factors. The acoustic field is so intense that it creates shockwaves in the rocket that can damage both the cargo being transported (usually satellites) and the rocket’s instruments. This is the reason behind the study of a metamaterial designed to absorb nearly 100% of the incident sound energy.

Researchers from the Universitat Politècnica de València (UPV), belonging to Campus Gandia, the Institute of Instrumentation for Molecular Imaging (i3M), the University Institute of Pure and Applied Mathematics and the Department of Continuous Media and Theory of Structures, have been working since 2019 on the Launch Sound Level Reduction project, funded by the European Space Agency (ESA).

The Campus Gandia researcher, Víctor Sánchez, an expert in Acoustics, is heading this project on behalf of the UPV, in participation with the Polytechnic University of Madrid, Le Mans University and the Higher Council for Scientific Research (CSIC), as well as the Valencian company COMET Engineering S.L., who is the project’s main contractor for ESA.

The principal aim of the project is “the design, manufacture and characterization of an acoustic metamaterial prototype capable of absorbing a large part of the acoustic energy at the rocket launch pad,” indicated Rubén Picó, a researcher from Campus Gandia.

José Manuel Requena, a project researcher, has taken part in the development of the metamaterial prototype. “Numerical simulation tools have been used to design it. The concept was created by injecting ABS plastic into an aluminum mold, producing 1,600 pieces that were subsequently assembled to form a panel. The acoustic characterization of the prototype was carried out in the anechoic chamber art Campus Gandia.” 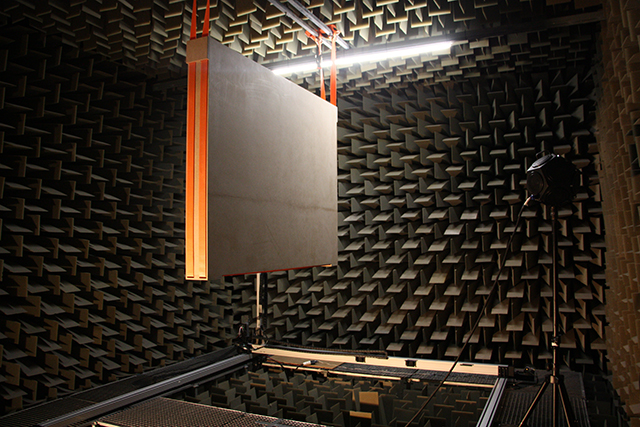 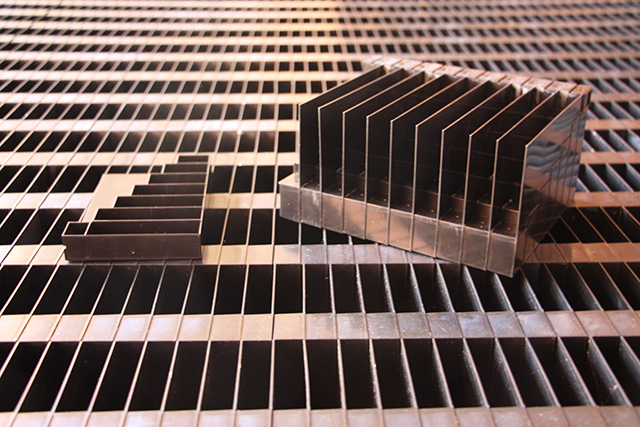 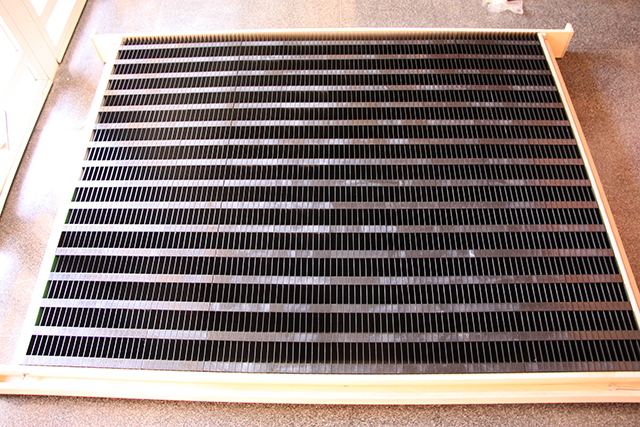