Once again this year, Campus Gandia of the Universitat Politècnica de València (UPV) has taken part in the XII Astroparticle Marathon in La Safor with the aim of bringing Physics closer to students aged between 13 and 18. The activities took place between December 1st and 3rd at the Veles e Vents (Grau de Gandia), Gregori Maians (Oliva) and Vall de la Safor (Vilallonga) high schools. 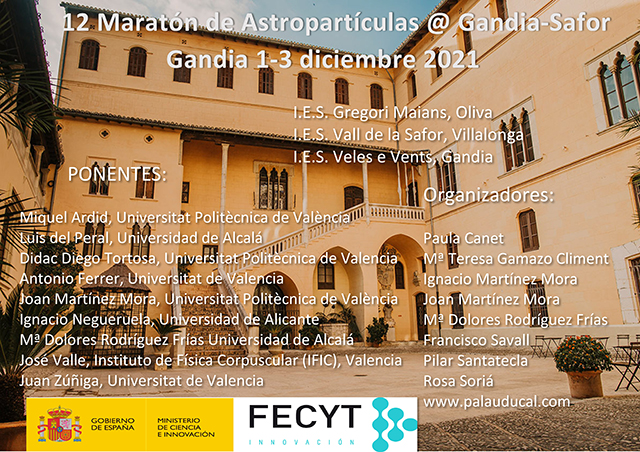 This new local edition of the Astroparticle marathon, an initiative financed by the Spanish Foundation for Science and Technology (FECYT), was organized by Joan Martínez and Miquel Ardid from Campus Gandia, both experts in Astroparticles, and featured M.ª Dolores Rodríguez, Professor of Atomic Molecular and Nuclear Physics at the University of Alcalá, as Principal Investigator. 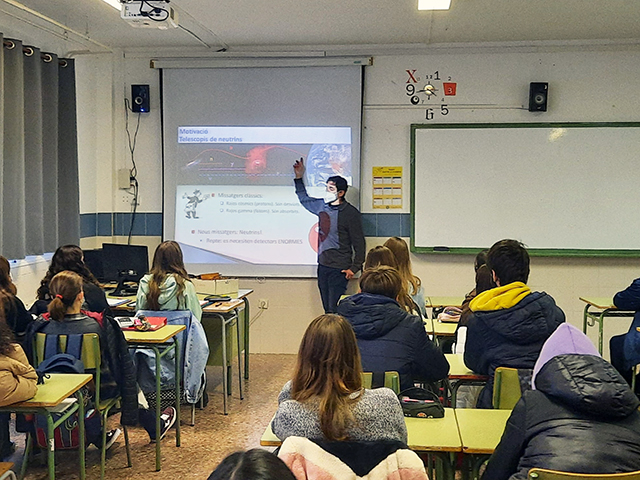 Astroparticle Physics covers a wide range of research topics that interface with Particle Physics, Astrophysics and Cosmology. What is the universe made of? What is dark matter? What are cosmic rays? These are some of the questions that were addressed during the three days of the marathon with the purpose of awakening interest in Astroparticle Physics and the pursuit of careers in science among middle school and high school students. 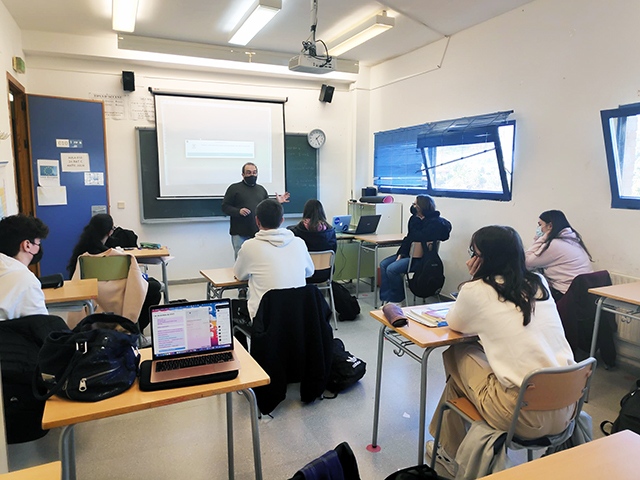 The talks, workshops and experiences were led by experts from the University of Alcalá, the Universitat Politècnica de València, the University of Valencia and the Institute of Corpuscular Physics. Through these activities, the students had the opportunity to learn more about this field of science and the research work being conducted there. “The students were very curious about the phenomena that occur in the cosmos. Astroparticle Physics allows us to study them and understand the composition and evolution of the Universe,” according to Joan Martínez. 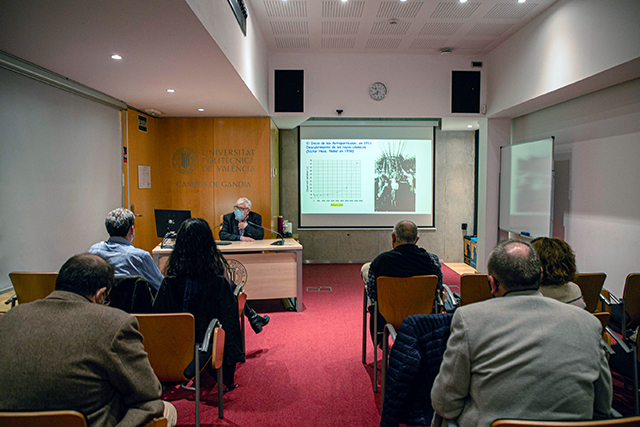 The XII Astroparticle Marathon ended with the closing ceremony, held in the Campus Gandia Graduate Hall.

Source: Laida Frasquet, Reporter at the Office of Communications