For the fourth year in a row and to celebrate February 11th, the International Day of Women and Girls in Science, the Equality Committee of Campus Gandia of the Universitat Politècnica de València sponsored the initiative “Bring a Female Scientist to School”, celebrated between February 7th and 18th as part of the of the state action 11defebrero.org, with the support of the IVIO Chair and American Space Valencia. 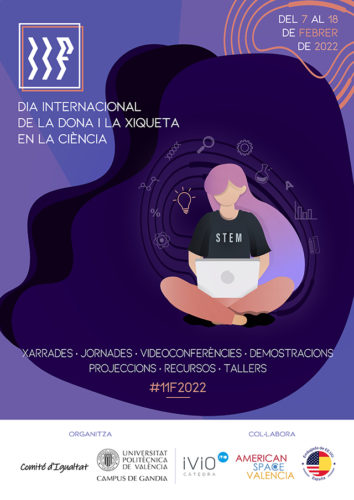 Recognizing and promoting the achievements of women in science and experts continues to be a pending subject in the classroom, where there is still a lack of female role models to inspire girls and teens and in whom they can see themselves reflected. This is a key factor in overcoming gender stereotypes that persist in our society and that influence the choice and projection of their future careers.

“According to the report ‘Igualdad en cifras MEFP, Aulas por la Igualdad’  (Equality in Numbers MEFP, Classrooms for Equality‘), published in 2021 by the Ministry of Education and Vocational Training (MEFP), girls were the majority in the baccalaureates of Fine Arts (70.2%), Humanities ( 63.6%) and Social Sciences (55.3%) and almost half in the Science (47.3%).

The IV edition of “Bring a Female Scientist to School” has returned in person to the classrooms of more than 700 preschool, elementary and high school students with the aim of highlighting the work of women in science. The aim is to bring the reality of scientific-technical professions closer to students through outreach and awareness-raising activities led by women working in the STEM fields (science, technology, engineering and mathematics).

February 9th. A day in the life of a female scientist. Gregori Mayans High School in Oliva (1st year of ESO). With Maite Sebastiá and Eva Mestre.

February 11th. Make your own vaccine. Miguel de Cervantes School in Xirivella (year 2 preschool). With Teresa Rubio, Ángela Campos and Pilar Sánchez. Activity organized in collaboration with the Institute of Biomedicine of Valencia (IBV-CSIC). Selection of books from the Xirivella Library.

February 11th. Why do we need a Girls in Science Day? Dendrochronology Experiments. Rosalia Bondia School in Pego (4th and 5th grade). With Virginia Garófano and Natalia Sastre.

February 14th. Women and science to the rural setting. Joan Martorell School in Gandia (5th and 6th). With Sagrario Torres and Àngels Gandia. 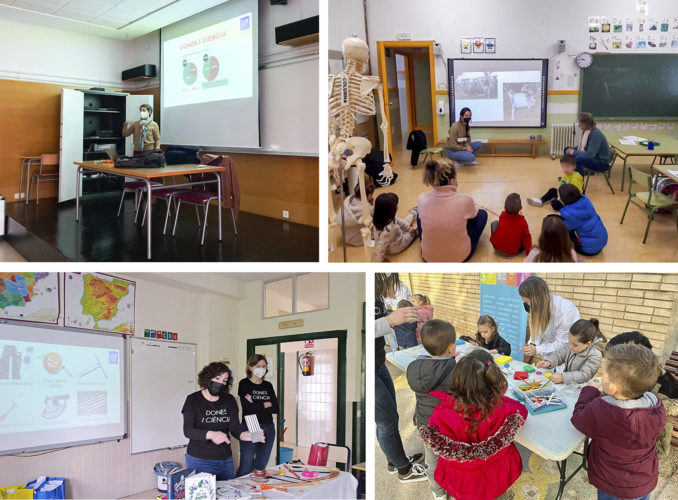 WE ARE THE FUTURE

February 9th saw the celebration of the 2nd Conference for the International Day of Women and Girls in Science: We are the future (forum) on Campus Gandia, organized by Las Provincias. The panel discussion on “Women and girls in science” was held as part of the conference, with the participation of Sandra Sendra, Campus expert in Telecommunications and director of the Degree in Interactive Technologies, and Andrea Márquez, a graduate of the Master’s Degree in Evaluation and Environmental Monitoring of Marine Ecosystems and Coasts, whose Final Master’s Project won the fourth edition of the Awards of the Professional College of Environmental Sciences of the Valencian Community (CoAmbCV).

RESOURCES ON “WOMEN AND SCIENCE”

If you want to know more about women in science, the Campus Gandia Library has a wide selection of digital resources available on its website.