A study carried out by researchers from Campus Gandia of the Universitat Politècnica de València (UPV) and the Universitat Oberta de Catalunya (UOC) is analyzing the use of recurring images, such as comparison memes, to promote environmental activism on the social media platform Instagram. This study aims to interpret these images through the framework of myths or narratives, which offer models through which to perceive, understand, judge and act in the world.

The authors of the study are Sandra Martorel, an expert in Visual Culture from Campus Gandia (UPV), Gemma San Cornelio Esquerdo, a researcher with the MEDIACCIONS group of the UOC’s Information and Communication Sciences Department, and Elisenda Ardèvol, professor of Arts and Humanities Studies at the UOC.

Their research has determined that most of the memes analyzed make an implicit call to individual action as part of a collective action, with the aim of achieving a common good.

“Social media platforms are creating a different form of activism, where people aren’t interested in getting so involved in the more traditional social movements. The new models of social media activism appeal to action and individual responsibility to undergo a profound transformation,” emphasizes San Cornelio.

NOT QUESTIONING THE SOCIAL ORDER

The authors explain that institutions or corporations that cause environmental harm are not usually called out, nor is the established social order explicitly questioned. In fact, environmental memes are usually directed at individuals and their messages focus on addressing environmental disasters as the sum of individual actions.

This way they can create a much more dramatic image that contains an implicit resolution. “The use of a mythological narrative model for environmental change seen in social media memes, on the one hand, contribute to the creation of new spaces for citizen participation, and on the other hand, they make complex issues intelligible with concise visual impact, promoting and making calls to action through emotions and personal investment,” according to the researchers.

“The use of this type of comparative images is a repetitive format that fulfills the function of easy recognition, which is why they are very effective, since, despite appearing informal and even humorous, they address issues considered to be serious and high on the environmental agenda,” they conclude.

MYTH AS A FUNDAMENTAL TRUTH

This research, which is part of a larger project on the study of environmental activism on Instagram, details that the predominant storytelling technique used in environmental activism is the before-after format. According to the researchers, the intention of these images is to illustrate the changes in a specific situation, expressing the idea of “myth” as a fundamental truth and confronting it with the concept of environmental damage or the end of the world. 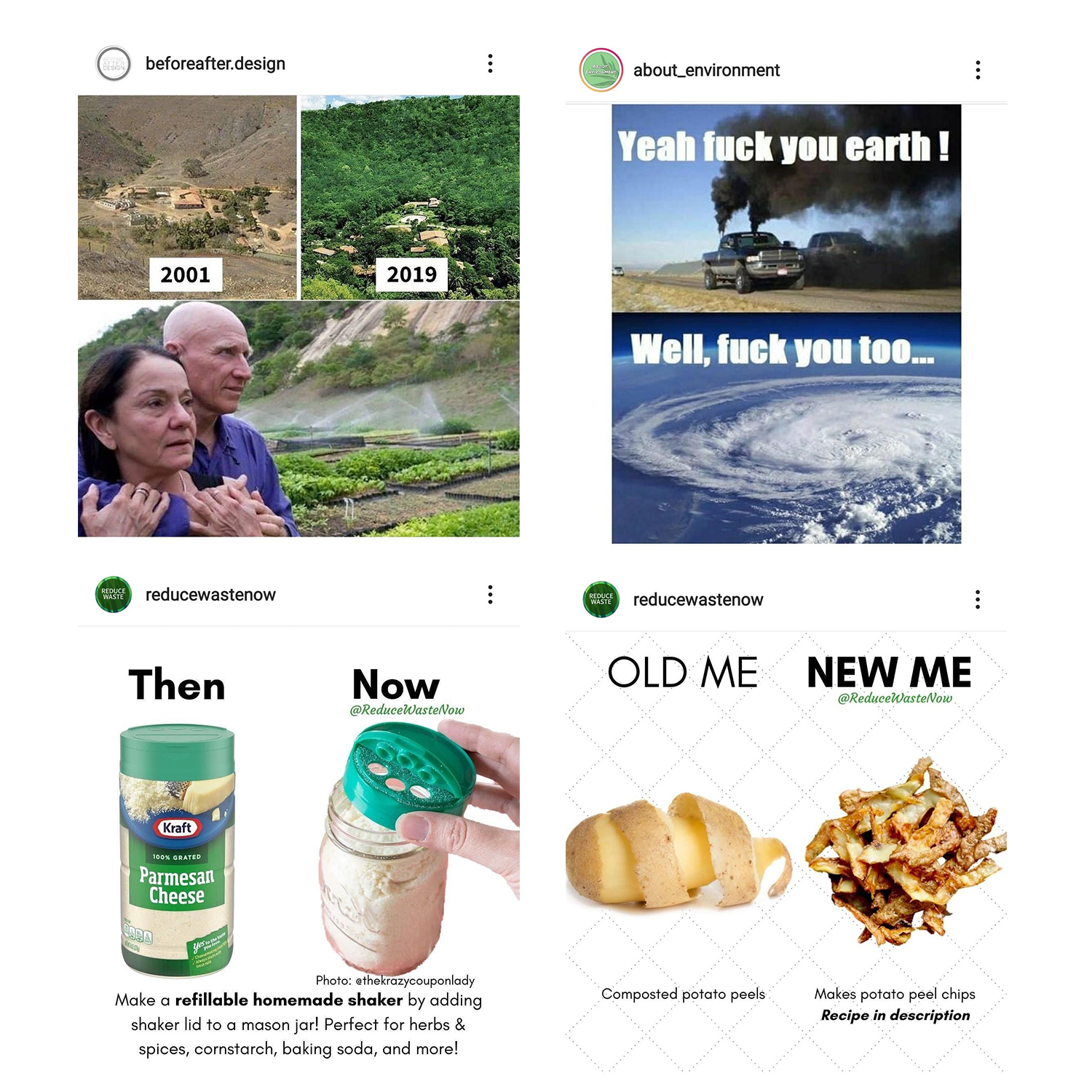 “We focused on Instagram, which is a platform that initially nobody thought to be suitable for activism because of its relationship with personal narratives and influencer lifestyles. However, this extremely visual social media platform is playing a very important role in environmental activism,” adds San Cornelio, who emphasizes that the contrast based on a narrative of a specific time that projects into the future, which entails a cause-and-effect relationship, usually provokes the moral assessment of each individual. 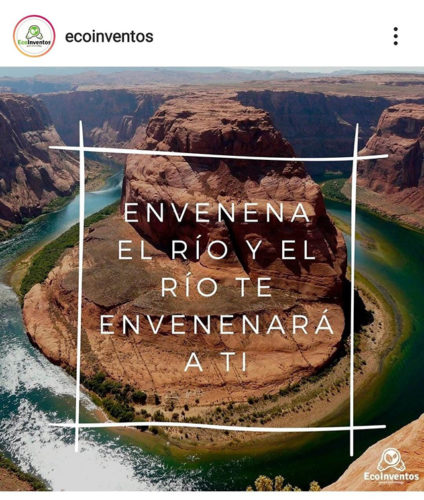 “This is a very homogeneous structure that compares time-related aspects on the basis of a very clear economy of language to coming up with a messages you want to convey. Thanks to this duality, it is possible to convey a very direct message capable of reaching many more people, which increases its impact on the public”, underlines the UOC researcher.