2017 saw the launch of the first edition of the IVIO-UPV Chair Awards at Campus Gandia for the best TFG/TFM in dental technology. This annual competition recognizes and awards the most innovative university student projects on a national scale. More than 30 students from different Spanish universities have presented their Final Degree or Master’s Thesis to apply for this award since its creation.

The applications have been very diverse from a research perspective due to the different fields of study and academic disciplines that the projects came from, such as Health, Audiovisual or Engineering. The multidisciplinary nature and high level of the projects presented have allowed these awards to become a an essential national reference in the dental technology sector. The new winner of the award, whose name will be revealed shortly, will join the other three recipients who have already achieved this merit in previous editions. 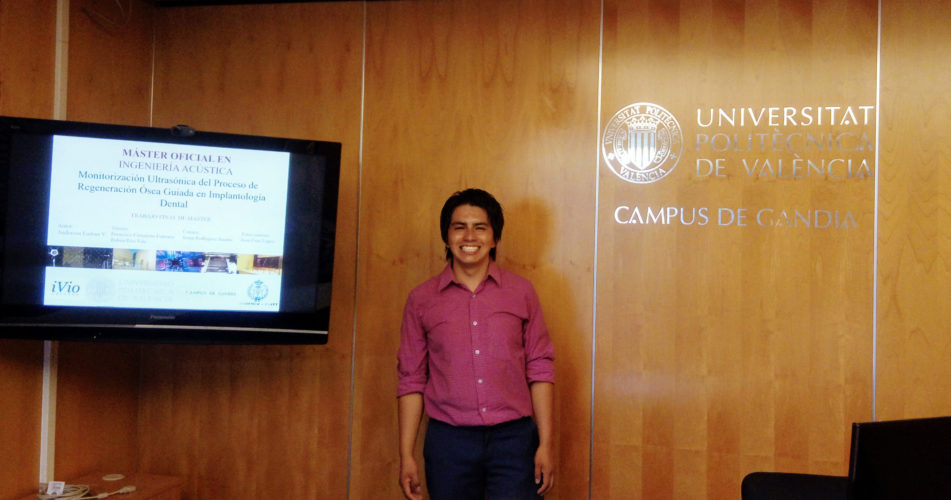 When Anderson was enrolled in the Master’s Degree in Acoustic Engineering at Campus Gandia of the UPV, he became so captivated by all the applications of ultrasound in the field of medicine that he decided to investigate it with the IVIO-UPV Chair and base his Final Master’s Project on the results obtained during his time there. He presented his TFM titled “Ultrasonic monitoring of the guided bone regeneration process in dental implantology” for the first edition of the IVIO-UPV Chair Awards, where he came away with the award.

Juan Carlos, a graduate in Dentistry from the University of Valencia, won the award at the second edition of the IVIO-UPV Awards. His TFG, “In vitro study on the thermal behavior, pressure and physical-mechanical wear of the surgical drill during the drilling of the implant bed: material and design”, based on an in vitro study to compare the mean thermal variation of surgical drills used during the preparation of the dental implant bed, was recognized by the Chair as the best project presented. 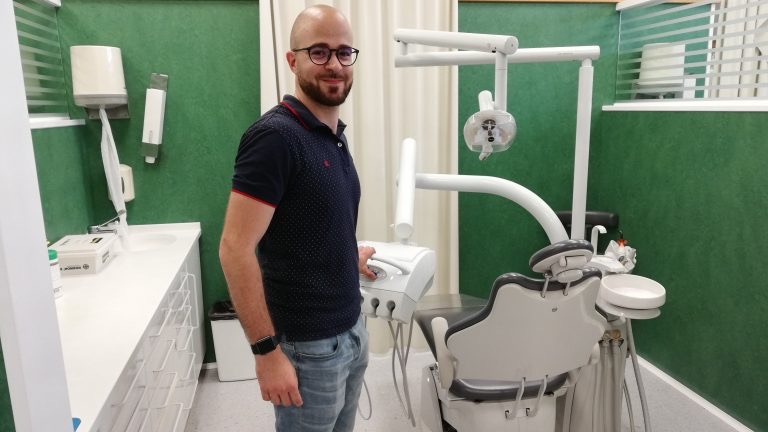 When chosing the subject of his Final Degree Project in Dentistry at the Cardenal Herrera-CEU University, Tomy decided to combine dentistry and technology, considering it essential to working effectively as a dentist and being able to always offer patients the best options. His TFG, titled “Bonding performance of self-adhesive cements on zirconia and CAD/CAM” secured the final ruling of the jury for the IVIO-UPV Chair Awards.

IVIO-UPV CHAIR AWARDS FOR THE BEST TFG/TFM 2020: CONTINUATION AND ADAPTATION TO THE NEW UNIVERSITY REALITY

Despite the pandemic, the IVIO-UPV Chair wants to continue recognizing the work and effort of recent graduates. Not only is it still in force, but it also extended the application period until the end of 2020 for the presentation of projects that want to compete in the fourth edition. This extension is to adapt to the postponements of presentation and defense of the TFG and TFM that the universities had established due to the interruption of the school term as a result of the State of Alarm that started in March of last year. The winner will be announced during the current quarter and will be endowed with a €1,000 cash prize will finance the participation of the winner in a convention, conference or symposium in the field of dental technology, and where the results of the TFG or TFM will be presented.