The fact that women have been relegated in different areas persists today. So I decided to investigate his phenomenon.

Being the media buff that I am, I started my Bachelor’s Degree in Audiovisual Communication at Campus Gandia in 2014. I felt so much at home there that I decided to continue my studies with the CALSI Master’s Degree. In the Master’s program I analyzed the Social Media strategy of the 2018 SuperSport 300 champion, Ana Carrasco, currently one of the leading figures in Spanish motorcycling who has managed to carve out a niche for herself in a male-dominated sport.

Now I am taking on the major challenge of a PhD, a new adventure that I am embarking on alongside my doctoral supervisors, Ariadna Fernández and Diego Álvarez. I have decided to research neosexism on social media platforms like Twitter through the perspective of women’s sports.

And may be asking, what exactly is neosexism? Popularly, and as Spanish politician Amparo Rubiales would frame it , this consists of “a new ideology that is spreading due to the fear of equality, and equating sexism or machismo with feminism. This is a new way of upholding the traditional male chauvinist positions, but with new discourses and new content. ” In other words, sexism is dressed up in new, less obvious, more subtle ways, but its objective remains the same, to maintain the privileges of the patriarchy.

If we focus on social media, we can see how they have become the principal space for leaving comments and expressing opinions in recent times. In Spain, the use of social media was at around 87% in 2020, according to data from the IAB Spain report (an association that represents the digital advertising industry in Spain). In this connected ecosystem, some people use this cyberspace to leave offensive messages, threats and insults. For this reason, there are many criminal offenses being committed now on social media, from threats, to coercion, harassment, discrimination and even violent crimes. As the newspaper Público reported in 2020, the violations accounted for between 2018 and 2019 were in excess of 900 cases 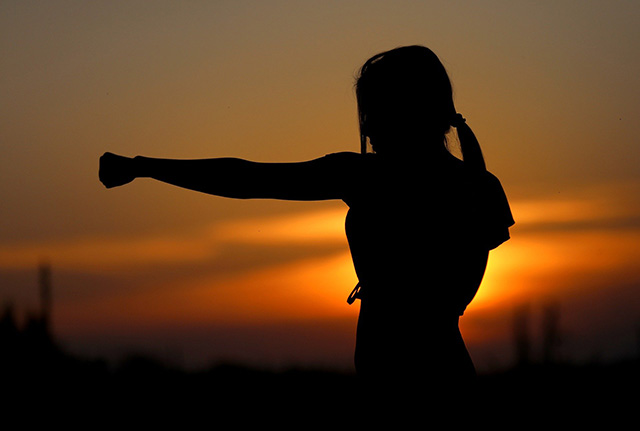 Amnesty International’s Troll Patrol Study in 2018 found that an abusive tweet was sent to a woman every 30 seconds, and that of the 14.5 million tweets making references to women, 1.1 million of them were abusive. Consequently, six out of ten women between the ages of 15 and 22 have been subject to harassment on social media, which has led more than 20% of them to abandon virtual platforms (The State of the World’s Girls, 2020).

The Ditch the Label report (2017) indicates that Twitter is one of the virtual spaces with the largest volume of cyberbullying. A large number of hate-filled and violent content can be found on this microblogging social media platform. Twitter considered the social media platform with the the third highest risk of suffering violence, after Facebook and Ask.fm.

The same thing occurs in the sports world. In 2017 La Cadena Ser launched a campaig with the hashtag #SinRespetoNoHayJuego to raise awareness about the fight against insults on social media, since it is estimated that one in three people who comment on football matches end up leaving insults.

This is where we get to the heart of my research; women have always been undervalued in sports, regardless of their physical appearance. All women athletes tend to be underrepresented in the media, get fewer sponsorship, etc., in direct contrast with male athletes. But this is no new trend and it goes back a long way; women have had to fight to gain a foothold in the sports world, a sphere thought to be reserved exclusively for men, often excluding women or casting them in absolutely inferior positions.

There are many stereotypes that influence society and reflect the roles assigned to men and women. These are extrapolated to social media where female athletes are often denigrated, hounded and undervalued.

Haters will be haters, and even though their relative weight within the community of followers of female athletes is miniscule and insignificant, we must always defend the respect for human vulnerability and personal integrity, above all else.