On September 29th, for the first time ever the city of Valencia celebrated the “European Researcher’s Night“, a project promoted by the European Commission that aims to showcase the most human side of scientific research. In the case of Valencia, the local organization also wanted the celebration to raise social consciousness, therefore a total of 30 female researchers went on stage to talk about their careers and to share their experience.

“WE ARE BEGINNING TO SEE A CHANGE”

In her speech, Dr. Maite Sebastiá, research professor at Campus Gandia, stressed that the university has traditionally been “an eminently masculine world”. And she told a very significant anecdote about it: “When I defended my doctoral dissertation, a fellow candidate, ironically, pointed out how little parity there was in my defense committee. A defense committee made up of five men.” 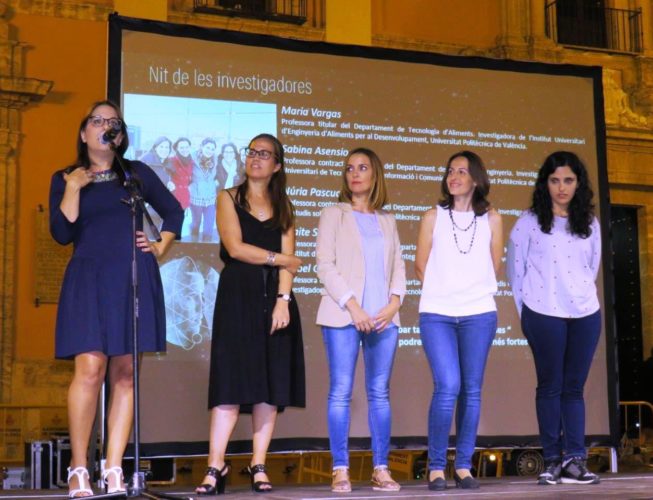 However, Sebastiá thinks that we are beginning to see a change. “When I joined the UPV faculty, our campus was headed by Manuela Fernández (director of the Campus Gandia from 2004 to 2008). And today, for the first time, another woman, Amparo López Jiménez, is heading my department, Hydraulic and Environmental Engineering. This shows us that yes we can, and the only limits are the ones that we impose on ourselves.”

The IGIC research scientist also indicated the importance of research residencies abroad, “even if it means leaving your children at home, to go out to share what you have learned and acquire new knowledge and new ways.”

ONLY 20% OF RESEARCH IS FEMALE-LED 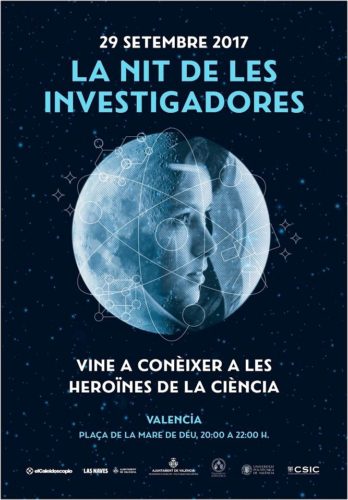 Only 20% of the top research projects in the Valencian Community are female-led. The gap in the work-life balance persists in R&D&I. Hence, the aim of the different organized activities was to showcase the research done by women, as well as their role in a scientific world where the male image predominates.

Researchers from the Universitat de València and the Higher Council for Scientific Research also took part in “Female Researchers’ Night”. At the end of the presentations, the audience was allowed to ask them questions to get a better understanding of their work.

The event was also held for the first time in Alicante, Elche and Orihuela, adding to the more than 250 European cities that annually celebrate this event.The idea is to take science to the streets and get people involved.