A number of threats are affecting the conservation statuses of riverine ecosystems. Various factors and processes such as land use or climate change can have a negative impact on their proper function and accelerate their degradation, requiring the control and evaluation of the quality of the water and its habitats, as well as the implementation of actions to improve riverine connectivity and the subsequent health of these ecosystems.

As it meanders through La Safor, the Serpis River, surrounded by citrus groves, is no exception. Miguel Parra, graduate in Environmental Sciences from Campus Gandia of the Universitat Politècnica de València (UPV), indicated that “the nitrates and pesticides used in crops reach the river through infiltration into the soil or directly into the water when they are sprayed.”

Parra is the author of the first study focusing on the presence of nitrates and pesticides in the Serpis riverbed. The objective was to find out not only the status of the water, but also estimate its possible effects on the fish populations in the lower reaches of the Serpis River”, specifically in the 20 km section between the town of Villalonga and the WWTP Gandia-La Safor, where there is a change in the water characteristics and the environmental problems.

This research project, carried out as a Final Degree Project under the supervision of Francisco Martínez Capel, campus expert in River Ecology and the Environment, and Daniele Tonina, a researcher from the University of Idaho in the United States, reveals the presence of nitrates, pesticides and mercury in very low concentrations in the five sampling points analyzed on different days throughout the semester, located in the Cèntim dam and in the Villalonga, Potries, Real de Gandia and Gandia districts. 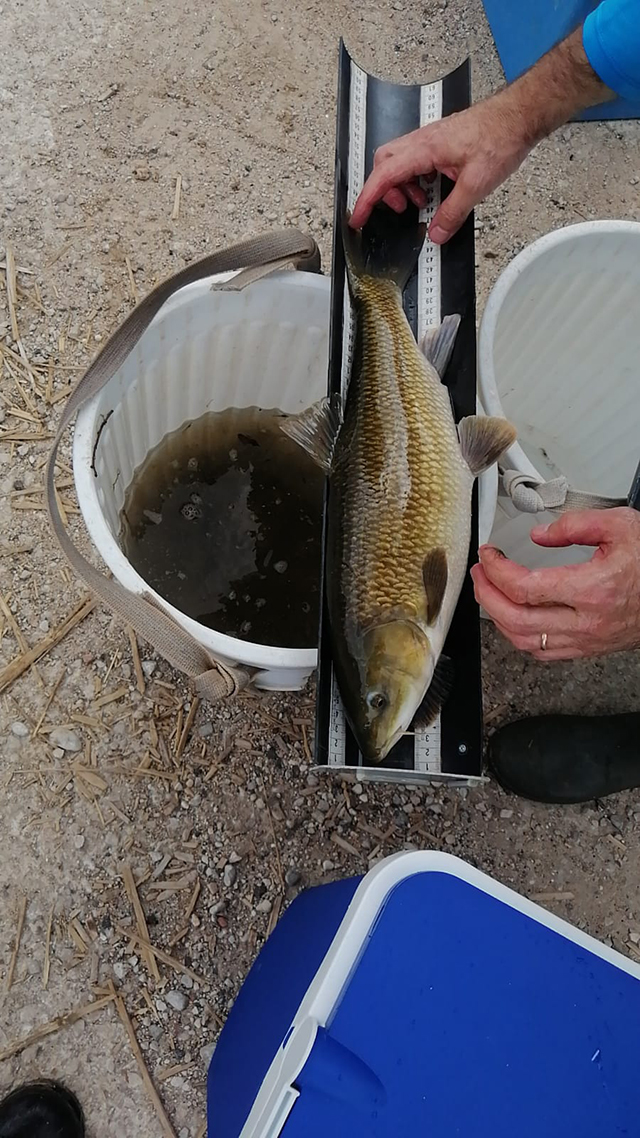 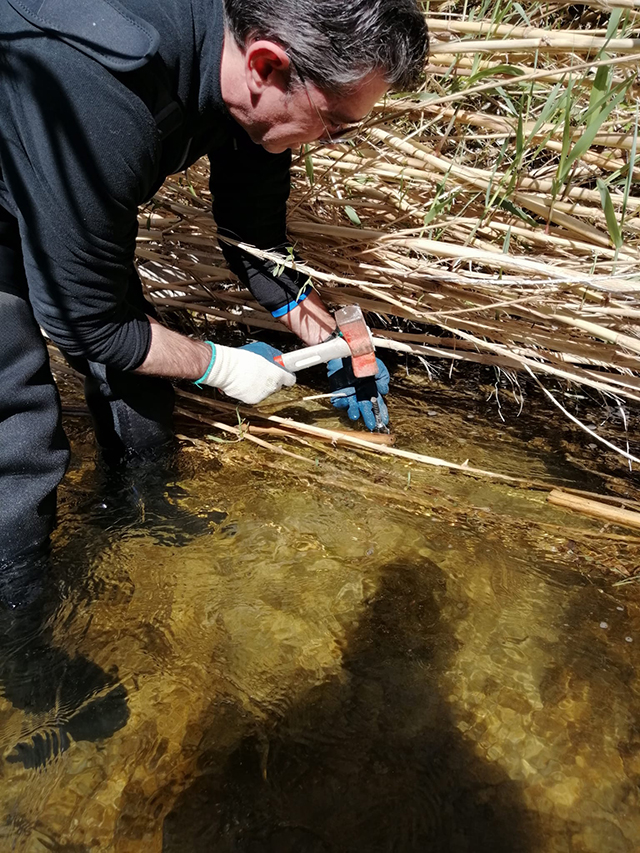 In this regard, the environmentalist emphasizes that the concentrations of pollutants found both in water and in fish are low and would not affect the health of people who consume the fish caught in the river. “The concentration of these elements has been analyzed in specimens of captured and slaughtered fish fauna, and they indicate that they are nothing to worry about, they are at acceptable levels.”

However, the concentration of nitrates in the water does not include the nitrates absorbed by algae and aquatic plants, which could be analyzed in a later study. In other words, the high levels of algae in some municipalities, which worsens the quality of swimming zones, may be directly related to the abundance of nitrates, in addition to other factors such as temperature.

MERCURY IN THE BENIARRÉS RESERVOIR

The Serpis River starts in the foothills of La Carrasqueta, in Alcoy, at the junction of the Polop and Troncall ravines. After an approximate distance of 74.5 km, it flows into the municipal district of Gandia, coming upon the Beniarrés Reservoir along the way.

Parra points out that the mercury detected in his study, in very low concentrations, may come from the sediments stored in the reservoir basin in the Comtat region, where for decades the dam has retained sediments from the industries found in the upper reaches the river basin. Hence, with the passage of time they could descend little by little along the riverbed and make their way to the mouth.

In their research, Parra and his supervisor propose a series of recommendations to achieve better management of the Serpis River: “improving riverine connectivity and native vegetation, controling invasive species, developing margins with riparian vegetation in agricultural areas to protect the riverbed from chemicals and promoting sustainable agricultural practices are crucial measures to improve water quality and reduce pollution.” Likewise, the researcher emphasizes the need to continue analyzing the trends of these concentrations in a broader space-time framework in order to determine their origin and apply effective solutions.