For the fifth year in a row, Campus Gandia of the Universitat Politècnica de València, the CEIC Alfons El Vell and the Universitat de València join forces to coordinate the Gandia Science Week, an initiative aimed at promoting interest in science and technology nd helping to bring it closer to the public through activities, workshops and conferences to be held from November 8th to 12th. 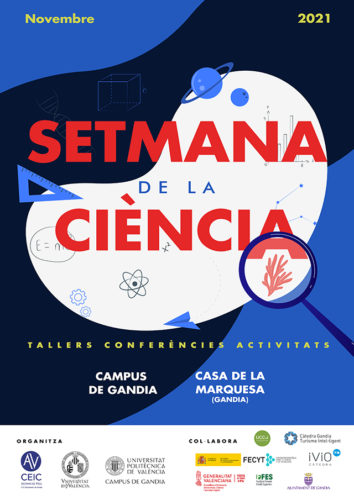 On Monday, November 8, at 12 noon, the Inauguration of Gandia Science Week is set to take place with the presentation of the mural dedicated to Ana Ramos, in the Organisms Laboratory I of the Campus, which will take on the name of the scientist from then on. 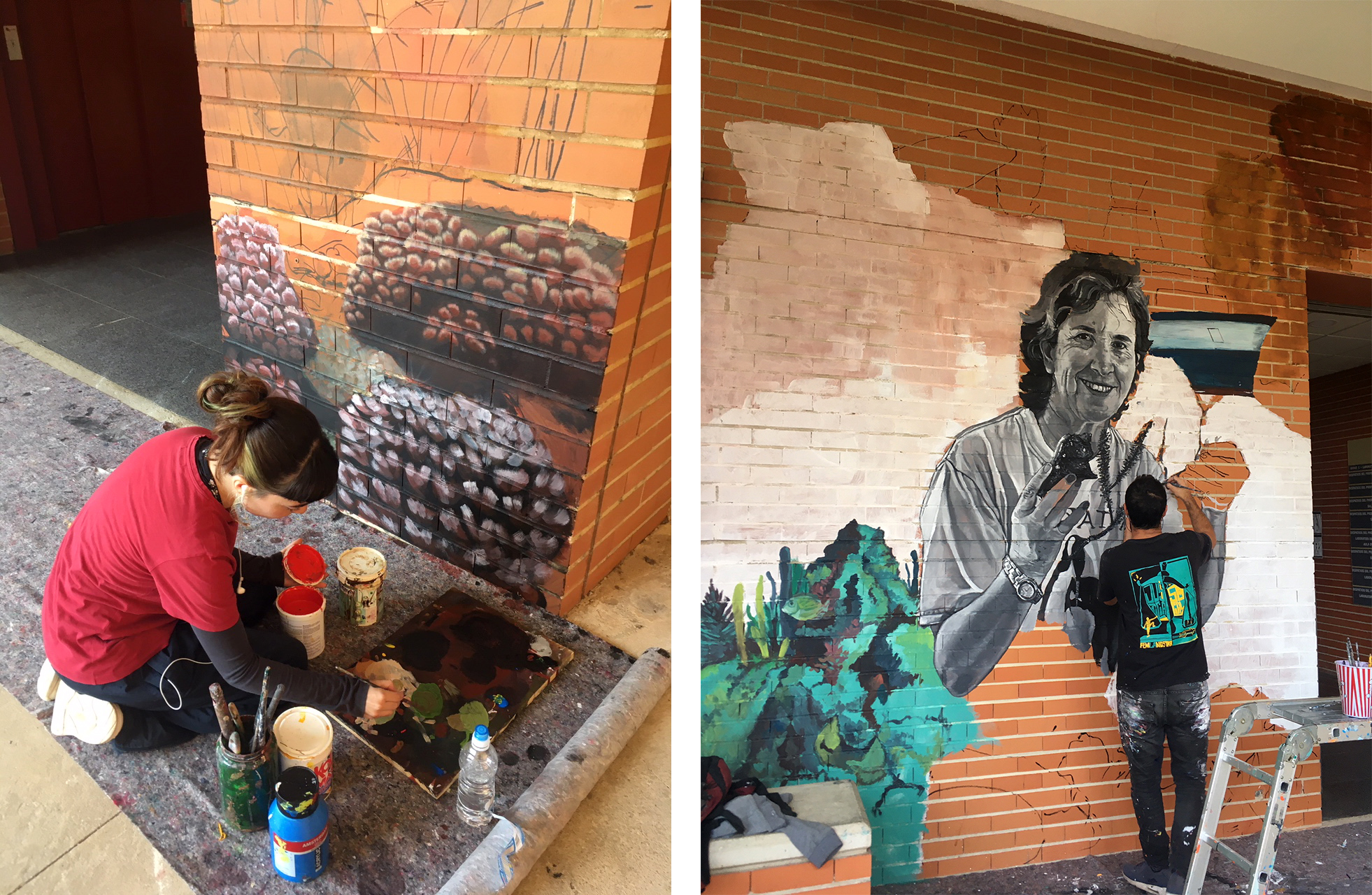 During the event, Ana Ramos will offer a brief talk about her scientific-professional career, there will be a visit to the laboratory and the Campus library.

In the evening, at 7:30 p.m., she will initiate the daily conferences to be held at the Casa de la Marquesa de Gandia with a fuller and more complete talk about her career.

The mural is the work of the urban artist Flug, a graduate of the Universitat Politècnica de València. This is an initiative that started three years ago with the aim of giving visibility to relevant scientists and disseminators through murals and the inauguration of laboratories named after them.

Registration to attend by email: iditransferencia@epsg.upv.es

Ana Ramos was born in 1950 and grew up in Malaga. She studied Biological Sciences in Granada and worked at the Spanish Institute of Oceanography, in the Antarctic and the coasts of Africa. She took part in the first Spanish expedition to the frozen continent in 1986 and since then she coordinated a project to study the biodiversity of the seabed of West Antarctica over more than 20 years.

At the same time, she worked in the management of deep-sea fisheries in Northwest Africa and, with her team, she was a pioneer in introducing the study of benthos in a systematic way in these countries. The idea of retiring does not cross her mind; she will continue to work at the University of Vigo and protect marine biodiversity as long as she still has the strength. 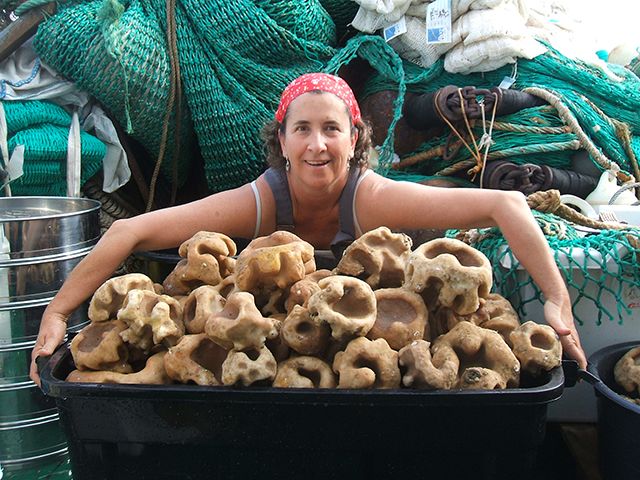 Four workshops will be given directed by Professor Víctor García and taught by students from the Bachelor’s Degree in Environmental Sciences of the Campus. These are aimed at promoting the development of environmental awareness among primary school students in Gandia through scientific experimentation. In compliance with the health and safety measures to safeguard against SARS-CoV-2, the workshops will be held outdoors at Campus Gandia from Tuesday, November 9th to Friday, November 12th. 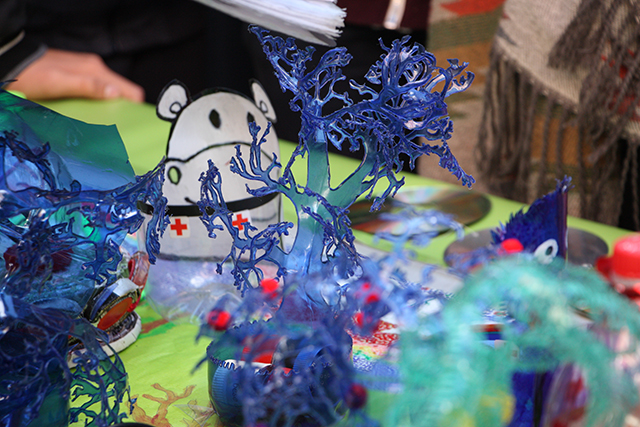 We take care of you because you are the future of society, and you have to learn to take care of nature since it is your own future. With these workshops you will learn to conserve the environment and discover how everything can have a friendlier future with our beloved nature. THE FUTURE MATTERS!

Recycling consists of separating and transforming materials to turn them into new products. It should become a regular habit in order to protect the environment. Protecting nature and the earth is protecting all living beings, including human beings.

In this workshop you will learn how your diet affects the environment: what the best kind of food is, where the food we eat comes from and what we can do to help both the environment and our health through eating.

In this workshop you will learn the importance of a proper use of the Earth’s resources, since many of them are limited and, in addition, the way in which we use them determines whether or not the children of the future can also have them available.

During Science Week, four conferences will be held at the Casa de la Marquesa de Gandia on different and interesting scientific and technological topic, Monday to Friday at 7:30 p.m. with free admission.

30 years studying marine biodiversity, between Africa and Antarctica. Ana Ramos Martos from the Universidad of Vigo.

What’s a weirdo like me doing in a place like this? How rare diseases affect us on a day-to-day basis. Daniel Pellicer, Biotechnologist specializing in Biomedicine.

From the “Spanish flu” to COVID-19, a century between two pandemics. Antoni Arlandis and Francesc Deves.

EXHIBITION IN THE CAMPUS LIBRARY

A thematic selection on oceanography will be exhibited to commemorate Science Week and the inauguration of the mural dedicated to the Oceanographer Ana Ramos.

The exhibition will be open throughout the month of November in the hall of the Campus Gandia Library (UPV) and digitally at https://bibcraigandia.blogs.upv.es/

Gandia Science Week 2021 is sponsored by the Gandia Smart Tourism Chair and the IVIO Chair, in collaboration with the Gandia City Council, among other institutions.