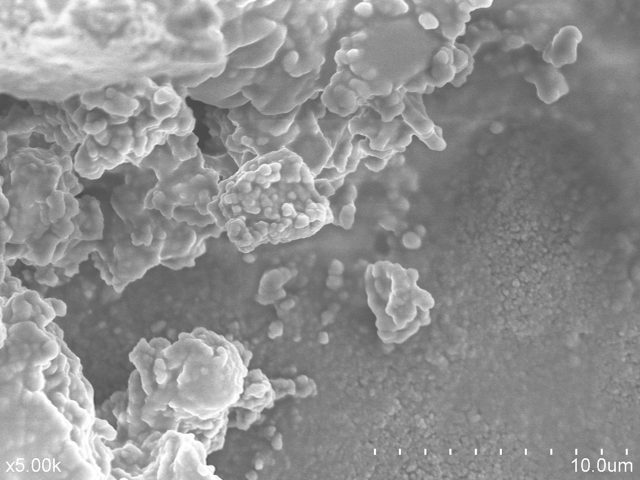 James Ghilotti, graduate in Dentistry from the University of Valencia, has been declared the winner of the fourth edition of the Campus Gandia IVIO-UPV Chair award for the best TFG/TFM related to applied technology in the field of dentistry. This prize, valued at €1,000, will permit him to present the conclusions of his Final Degree Project at a congress, symposium or specialized seminar in the field of dental technology.

The new winner presented his candidacy after participate upon recommendation from Dr. Leopoldo Forner, his TFG tutor, who also encouraged him and helped him carry out his research. For this reason, he thinks that this prize is not only a distinction for his effort, but also a recognition of Forner for “his great commitment as a professor.”

Ghillotti has wanted to study dentistry since he was a child and his interest in this field led him to initially become a dental technician. His academic paper titled “Elemental, ultrastructural and cytocompatibility analysis of bioceramics materials for endodontic use” was prompted by his interest in the reactions between dental materials and the human body. With this motivation, he turned his focus to the study of biomaterials through in vitro experimental research in order to verify the structure, composition and biocompatibility of Bio-C Repair, a bioceramic material that can be applied in the treatments of vital dental pulp as direct or indirect pulp capping and for sealing perforations or root resorption. The result of his study demonstrates that this biomaterial was suitable to use with repair cement.

In the words of Joan Faus, director of IVIO, the IVIO-UPV Chair plays a fundamental role “in teaching students, as well as in supporting and positioning their work with a clear commitment to the future of research in the field of dentistry,” and in particular, this award is, “a recognition of young researchers and aims to promote, encourage and make their efforts known, acting as a loudspeaker for their work.” According to Faus, the consolidation of the IVIO-UPV Awards as a prestigious point of reference among the scientific community is “a source of pride for IVIO”. Furthermore, he indicates that, “the dissemination of research work is fundamental, since it how to achieve applicability and the subsequent benefits for the whole of society.!” And in this regard he states that, “in IVIO and the UPV, we are well aware that an award program of these characteristics is a fundamental step in promoting teaching and research careers among young professionals.” Francisco Camarena, director of the IVIO-UPV Chair, considers that in the four years of existence of the award, “it has become a national point of reference in the field of dental technology, spearheading the great advances made in this specialty and that we benefit enormously from every time we go to the dentist.”

Currently the newly-minted winner continues his studies at the University of Valencia where he is enrolled in the Master Degree in Endodontics, while he simultaneously works on his doctorate degree, which is a continuation of the line of research he started in his TFG. His future goal is to become part of the teaching staff in the Department of Stomatology at the UV , “in order to continue doing research and pass on his knowledge to undergraduate students.” On a professional level, he believes that receiving this award is “an important acknowledgment” and values the importance of the institution that awards it.