Campus Gandia of the Universitat Politècnica de València (UPV) has taken part in the V Astroparticle Marathon in Gandia and La Safor, an initiative held between December 2 and 4 in various educational institutions in Gandia, Oliva and Villalonga. 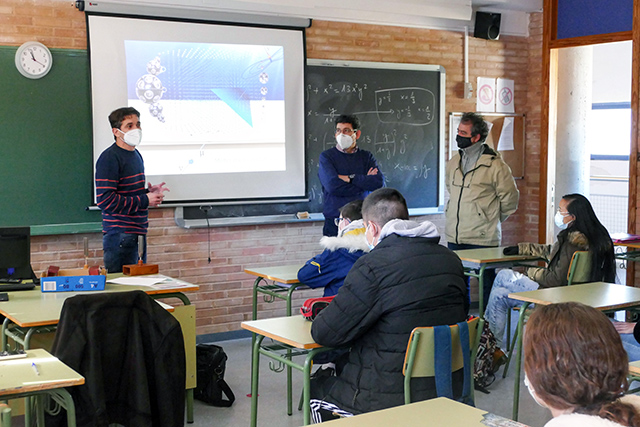 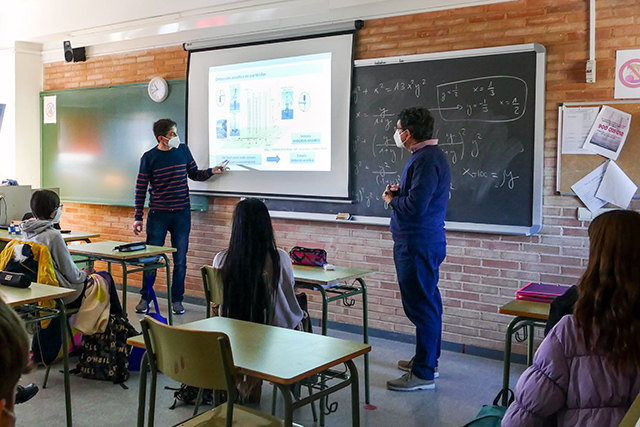 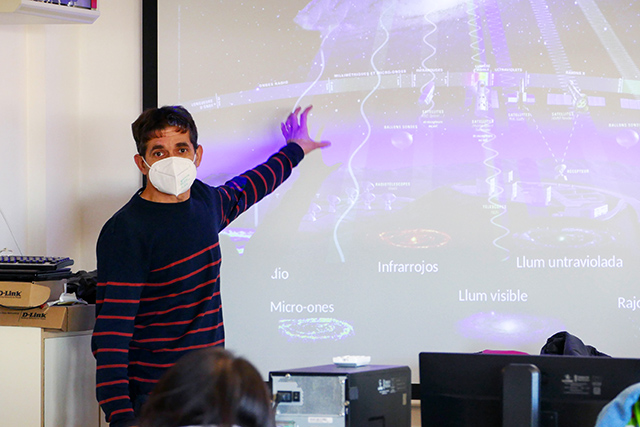 The objective of this Astroparticle Marathon was to promote vocations in STEM (Science, Technology, Engineering and Mathematics) among the youngest members of our community. What is the Universe composed of, what is dark matter and what are the cosmic rays that constantly pass through us from outer space? These are some of the topics chosen to spark an interest in Astroparticle Physics among the students present. 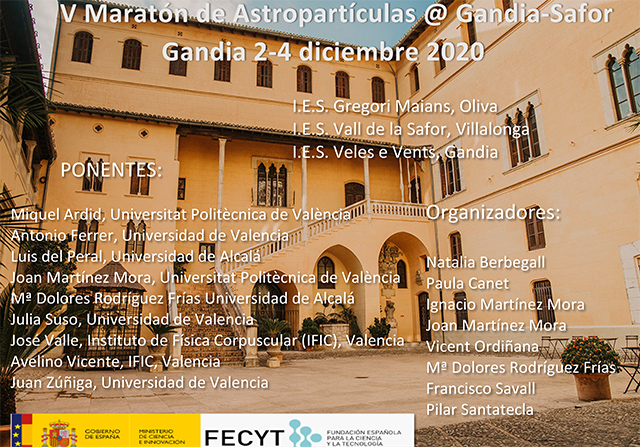 Over the three days, the students had the opportunity to talk openly about science and the work carried out by researchers in order to learn more about their profession.”The students asked many questions about the mysteries of the Universe, which could be explained through astroparticle physics”, commented Joan Martínez Mora.

The event ended with a closing ceremony held on Friday afternoon in the Conference room of Campus Gandia, with the talk titled “From the electron to the Higss”, given by Antonio Ferrer, followed by a round table discussion with the participation of all the experts attending initiative.

The action is funded by the Spanish Foundation for Science and Technology (FECYT) coordinated by Mª Dolores Rodríguez Frías from the University of Alcalá.