Researcher Salva Ardid, an expert in Neuroscience and Machine Learning, has recently joined Campus Gandia of the Universitat Politècnica de València under the framework of the Plan GenT, a program promoted by the Department of Innovation, Universities, Science and Digital Society to support talented researchers from the Valencian Community.

Salva belongs to the second generation of CIDEGENT, an initiative integrated within this plan aimed at reversing the “brain drain” and promoting the retention and attraction of researchers and doctoral candidates of excellence for the development of research projects in institutions within the Comunitat.

His research activity focuses on the field of artificial intelligence and computational neuroscience, with a doctorate in the latter. Previously Salva Ardid carried out research residencies in the United States and Canada, where he worked on research projects in this scientific field.

“I’m interested in identifying the physiological mechanisms of brain function and dysfunction, in particular the neural substrates of learning and intelligence. To do this, in the Lab of Natural and Designed Intelligence research group, we build reinforcement learning models and both biological and artificial neural networks,” he indicates.

When asked about his most relevant research, the researcher highlights the project on meta-learning in the context of reinforcement learning. “Meta-learning mechanisms are capable of deducing learning algorithms by themselves, hence the alternative term ‘learning to learn’ is also used to refer to them. With these techniques, we’re able to optimize the behavior of the algorithms in terms of flexibility, agility and robustness,” he underscores.

Another one of his projects focuses on cognitive dynamics. This study combines experimental procedures (psychophysics and neuroimaging) with computational approaches (machine learning and neural circuit modeling) to study the dynamics, development, and decline of human cognition across the life span. Similarly, he also highlights other projects focused on the study of decision-making and selective attention. 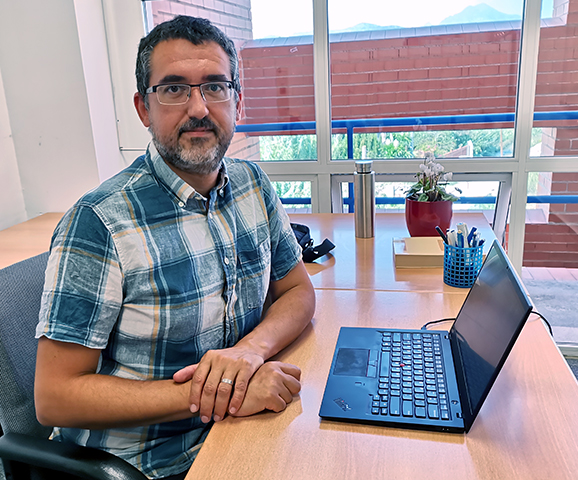 Salva Ardid‘s research work at Campus Gandia focuses on adapting brain mechanisms that are known to be computationally efficient, to introduce them into artificial intelligence architectures (such as deep learning neural networks) with the aim of achieving more flexible and powerful learning algorithms.

Salva has joined the campus to direct the research project called Artificial General Intelligence: Beyond Deep Learning, in which he intends to delve into Deep Learning and overcome the limitations it faces today through three main improvements: data pre-processing, increasing the dimensionality of the data through non-linear combinations; strengthening the neurobiological base of the algorithm, mainly with regard to the network architecture and its connectivity; the use of adaptive learning based on meta-learning mechanisms.