Campus Gandia of the Universitat Politècnica de València celebrated European Maritime Day on October 15th with the activity, “The sea monster or our nightmare litter”, organized by the campus professor and environmental expert, Miguel Rodilla, with the collaboration of the Eucrante Association and the Fishermen’s Guild of the port of Gandia, as well as funding from the UPV Vice-rectorate for Students, Culture and Sports through the PAC grants for university cultural promotion. 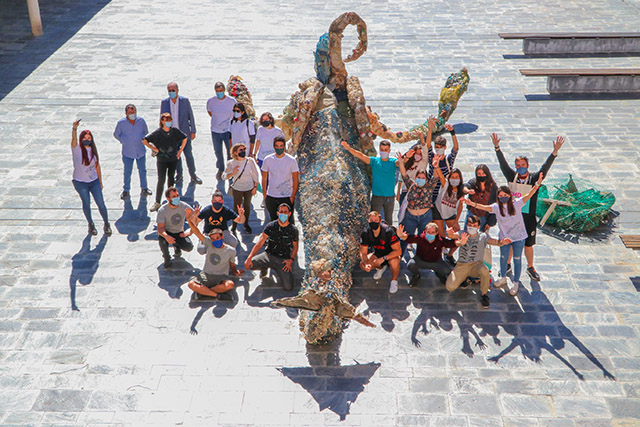 The activity, which took place in the campus agora, consisted of the installation of the sculpture along with explanatory posters and various workshops on recycling and environmental awareness in which the NGO Plàstic Preciós La Safor also participated. also participated. 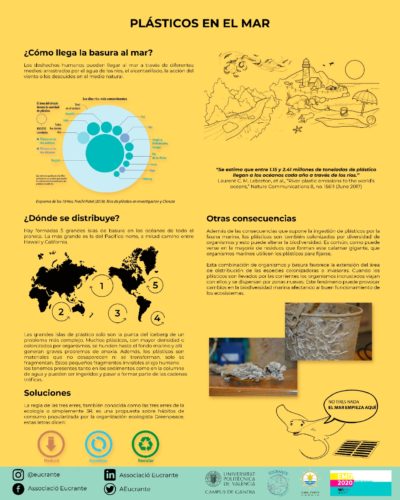 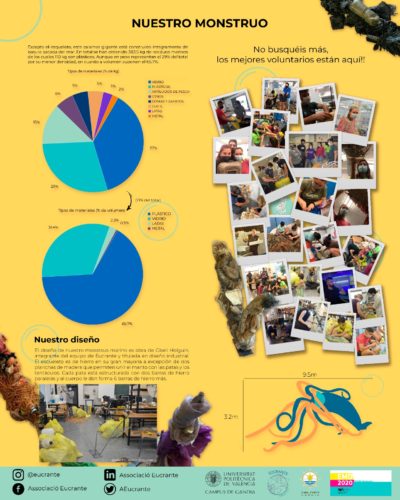 “The sea monster or our nightmare litter”, is a sculpture made out of the debris collected by fishing boats from the Port of Gandia, that was separated and classified by the volunteers of the Eucrante Association between December 2019 and September 2020, with the postponement of work during confinement. 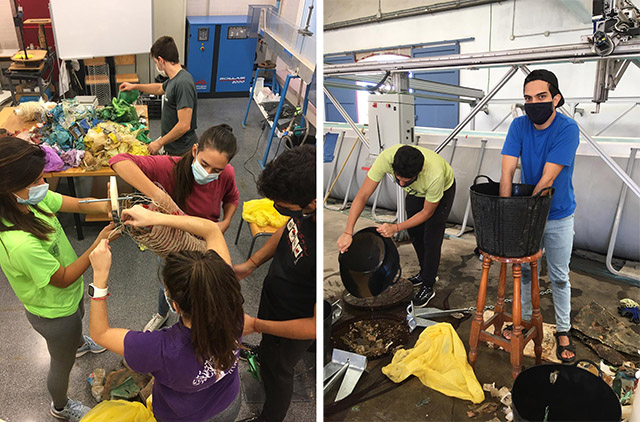 The sculpture was designed by Gisell Holguin, a member of the team from Eucrante, while the assembly was carried out by students in the Bachelor’s Degree in Environmental Sciences and the Master’s Degree in Environmental Assessment and Monitoring of Marine and Coastal Ecosystems (linked to Eucrante), who collected, separated and pre-cleaned the litter before and after the pandemic.

The sculpture was built on an iron frame and filled with 383.5 kilos of litter, 65.7% of the volume being plastic waste. It represents a giant squid (Architeuthis dux), a living monster capable of facing off against sperm whales and the protagonist in many legends about shipwrecks and attacks on sailors. 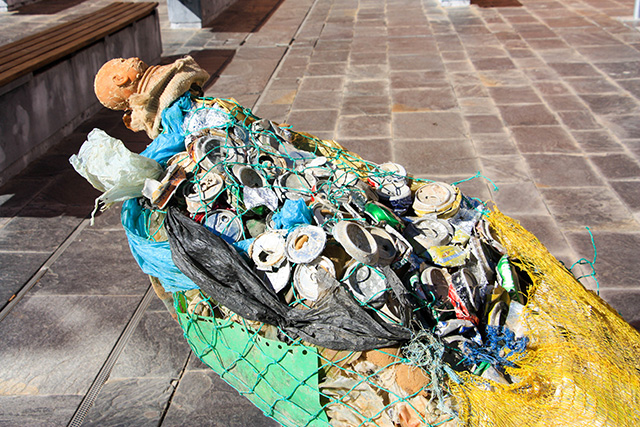 This giant made out of marine litter is 9.5 meters long and 3.2 meters high. Compared to the size that a real specimen is capable of reaching, it is on the small side, given that the largest females can reach a length of 22 meters.

It is not by chance that the sea monster is shaped like a giant squid. The giant squid remains largely unknown to humans precisely because it inhabits waters with a depth of between 400 and 1000 meters. It is ironic that in environments where human access is so difficult, the influence of the waste that we generate is so huge. 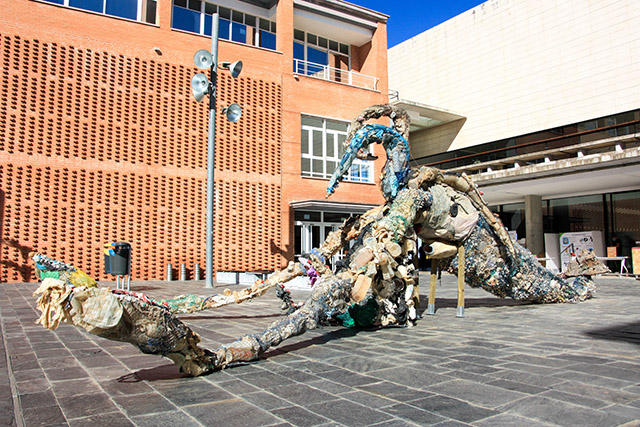 The initiative was planned for May 21st in celebration of the European Maritime Day and to raise awareness about the problem of marine litter. However, it was not possible due to COVID-19 and the date had be moved to Thursday, October 15th, and it continues to be part of the celebration of the European Maritime Day in My Country. The sculpture and the explanatory posters can be visited until at least October 30th on Campus Gandia.

This non-profit organization was formed by faculty, students and technical staff of the Campus with the aim of contributing their grain of sand to building a better world, a world that can continue to support life. The main area of activity focuses on the marine environment and the awareness that this is where life is born and its impact on the rest of the ecosystems.