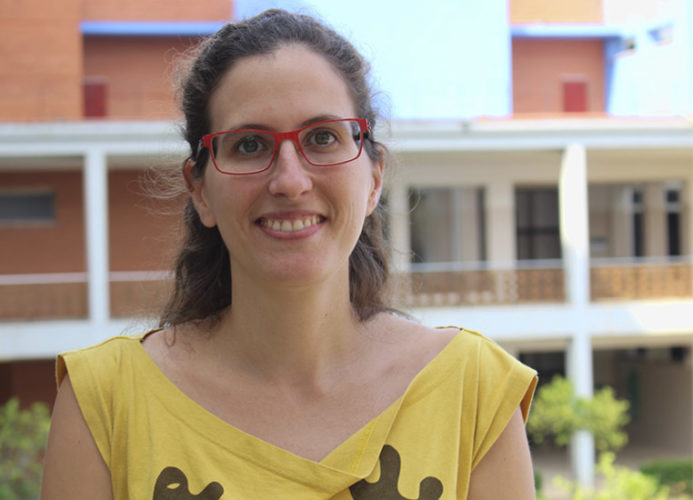 Analyzing the functions of physical, chemical and biological gradients on the sandy beach communities in the south of the Gulf of Valencia, was one of the objectives of the research conducted by Julia Escrivá Perales for her Doctoral Thesis, “Study of the Exploitable Banks of Donax Trunculus and Chamelea Gallina in the Southern Sector of the Gulf of Valencia and Environmental Factors that Influence Their Abundance”, supervised by Campus Gandia professors Silvia Falco and Miguel Rodilla.

River discharge of freshwater into the sea is very important because it transports nutrients, organic matter and fine sediments to coastal ecosystems. The Mediterranean Sea, a nutrient-poor sea, depends largely on the continental freshwater runoffs, as they provide the necessary nutrients for primary production.

The main freshwater discharges along the coast of Gandia come from the Serpis river and from the drainage acequias in the Safor wetland that discharge their waters into the Port of Gandia. In order to analyze the influence of these freshwater discharges on the benthic macrofauna, samples of water and sediment were collected at different stations located at different proximities to freshwater source to the south of the Serpis and Gandia Port, as well as at another reference station located to the north of the main contributions. 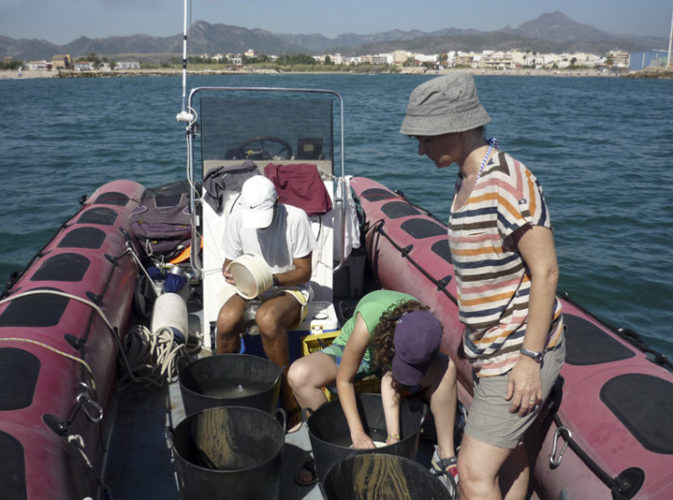 These sampling campaigns were conducted over three time periods with different precipitation and flow in the Serpis river, obtaining samples of benthic macrofauna, water and sediment in each campaign. These types of studies can help us understand the causes of the possible variations in the distribution and abundance of the fauna that lives in the marine sediment, where we can find species of great importance to the bivalve fisheries of the Gandia area of, such as the tellina (Donax trunculus) and the venus clam (Chamelea gallina).

This study was able to observe increases in the abundance of organisms during the summer, linked to the physiological processes associated with temperature increases. In addition, the study found that the benthic macrofauna communities were strongly influenced by physical factors such as the mean grain size of the sediment, as well as the nutritional variables (organic matter in sediments and microalgae in the water column) and the proximity to the freshwater discharges, with a higher density of organisms in those areas closest to the contributions. The macrobenthic fauna showed a temporary pattern with highs abundances in summer that was not so evident in D. trunculus and C. gallina due to its exploitation. 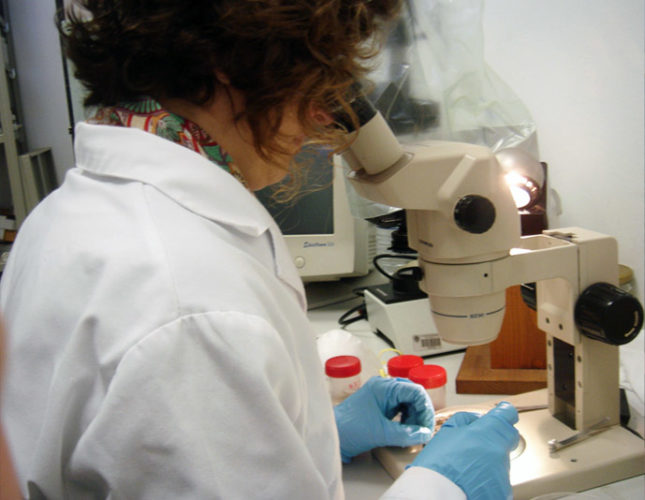 Identifying these variables is crucial to the development of adequate coastal management strategies, paying special attention to any anthropogenic activities that may modify the environment and subsequently affect the benthic fauna communities and bivalve species of high fishing value, along with their socioeconomic repercussions. Granulometry is an important factor that can condition the benthic macrofauna populations and in particular, the bivalve species of high fishing value, such as the tellina (D. trunculus) and the venus clam (C. gallina). Since these organisms burrow in the sediment, they are susceptible to variations in the mean grain size of the sediment, so any changes may condition their distribution and abundance.

The results obtained in this research have been published under the title, “Driving forces that structure sublittoral macrobenthic communities in sandy beaches along environmental gradients”, in the journal Estuarine, Coastal and Shelf Science.