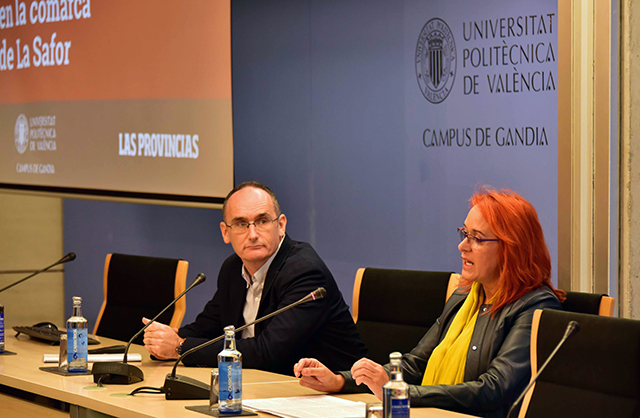 Campus Gandia of the Universitat Politècnica de València has a total economic impact of more than 37 million euros per year, 25 million of which have an impact on the Safor. This is the result of the study carried out by researchers from the Universitat Politècnica de València, Lluís Miret and Manela Fernández, and by Enric Sigalat from the University of Valencia, with the collaboration of the students Jefrey Flores and Javier Muñoz. The study measures the short-term impact of the Campus, focusing on the spending on goods, services and investments of the university itself; as well as direct income generation through payments to staff; and finally on the spending of students and and their friends and family that come to visit. The indirect and induced effects on the economy were added to these direct impacts, as a consequence of the multiplying effect of the increase in activity, which increases the demand in other sectors.

Campus Gandia of the Universitat Politècnica de València has a direct expenditure of 13 million euros per year. Of the total 13 million in direct spending by the Campus, 9 million remain in the Safor. To estimate the indirect and induced spending generated by the Campus, a multiplying factor is applied using the technical coefficients from the Valencian Community Input-Output Tables, as explained by Manela Fernández and Luís Miret, researchers from the Department of Economics and Social Sciences of the UPV. Through this, a total estimated economic impact of 25 million euros in Safor is obtained.

The long-term economic impacts resulting from the hiring of talent in companies and administrations, or the impact of research, have not been analyzed, since they were not the objective of this study. 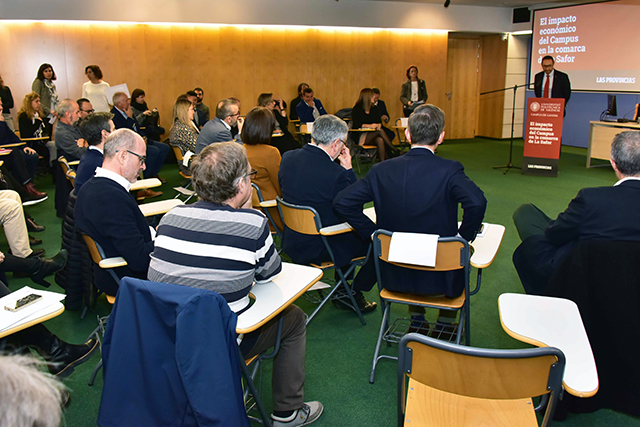 According to Jesús Alba, director of Campus Gandia of the Universitat Politècnica de València, “the main contributions of the university reside in the integral education of people and also its research, which generate added value to companies and organizations and to society as a whole , contributing to making it fairer, more prosperous and sustainable. However, these impacts are difficult to quantify and therefore we determined the necessity to measure only what we could objectively assess: the short-term economic impact. We have to be accountable to society and offer data that is in opposition to the bombardment of vague impressions and empty speeches. We decided that the 25th anniversary of Campus Gandia, which we celebrate this year, was a very opportune moment to do it.”

Campus Gandia of the Universitat Politècnica de València has a direct expenditure of 13 million euros per year. Of these, 6 million consist of personnel expenses; 900,000 euros in inventory, non-inventory and contract expenses; 6 million euros in expenses incurred by students and 500,000 euros in expenses incurred by friends and family visiting students. Each student spends 4,600 euros a year on average, of which 3,200 remain in the county. 70% of the students of the Campus establish their residence in Gandia or the beach of Gandia while they study university. Should Campus Gandia not have existed, 7% of the students would not have completed higher education.

Campus Gandia directly generates 280 jobs and contributes to the creation of a total of 950 jobs. 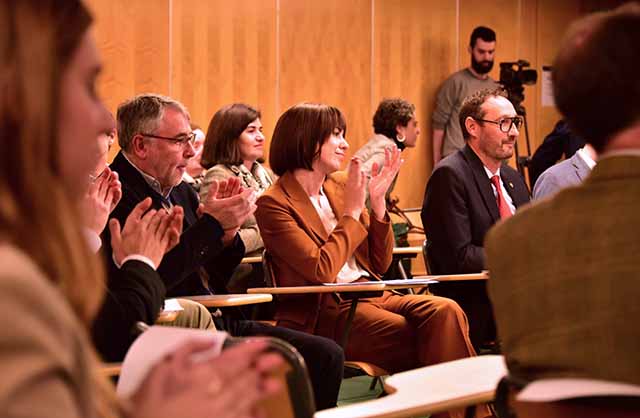 The study was presented at an event co-organized by Campus Gandia and the Las Provincias newspaper, in which the researchers Lluís Miret and Manela Fernández, as well as Diana Morant, mayor of Gandia; Salvador Femenía, president of the Mancomunitat de Municipis de la Safor; Ramón Soler, president of the Cercle d’Economia de la Safor, and Susana Bañuelos, Campus Gandia graduate and businesswoman, participated in a round table discussion entitled “The Impact of Campus Seen by Society”. Other important figures, representatives from the business sector, public administration, unions and society in general were also in attendance and were given the opportunity to take the floor.