We meet Paula and Daniel, the latest incorporations to the IVIO-UPV Chair, and see how they work on the application of ultrasound in oral implantology and Virtual Reality (VR) and multisensory systems in their professional fields.

“It fascinates me to think that I can be part of the medicine of the future.” Paula Marín.

Paula, 21, is studying the Degree in Biomedical Engineering at the Universitat Politècnica de València and has received a scholarship from the IVIO-UPV Chair. Thanks to this she is working in the line of investigation of ultrasonic technology applied to the field of dentistry.

Paula has always been passionate about the fields of technology and medicine in equal parts. Paula confesses that she considered studying medicine and then found a degree that perfectly combined both fields of knowledge, since biomedical engineering applies engineering principles and methods and offers solutions to the problems in biology and medicine.

She has always been attracted by the world of research thanks to the enthusiasm expressed by professors when they talk to their students about the projects they are working on. The IVIO UPV Chair is currently working on a monitoring system for bone regeneration in dentistry using ultrasound.

At the moment Paula’s work focuses on the quantitative characterization of the mechanical properties of teeth, such as demineralization, by means of ultrasound equipment. In here free time, which she also has, she enjoys taking photographs or practicing outdoor sports, two of her favorite pastimes. 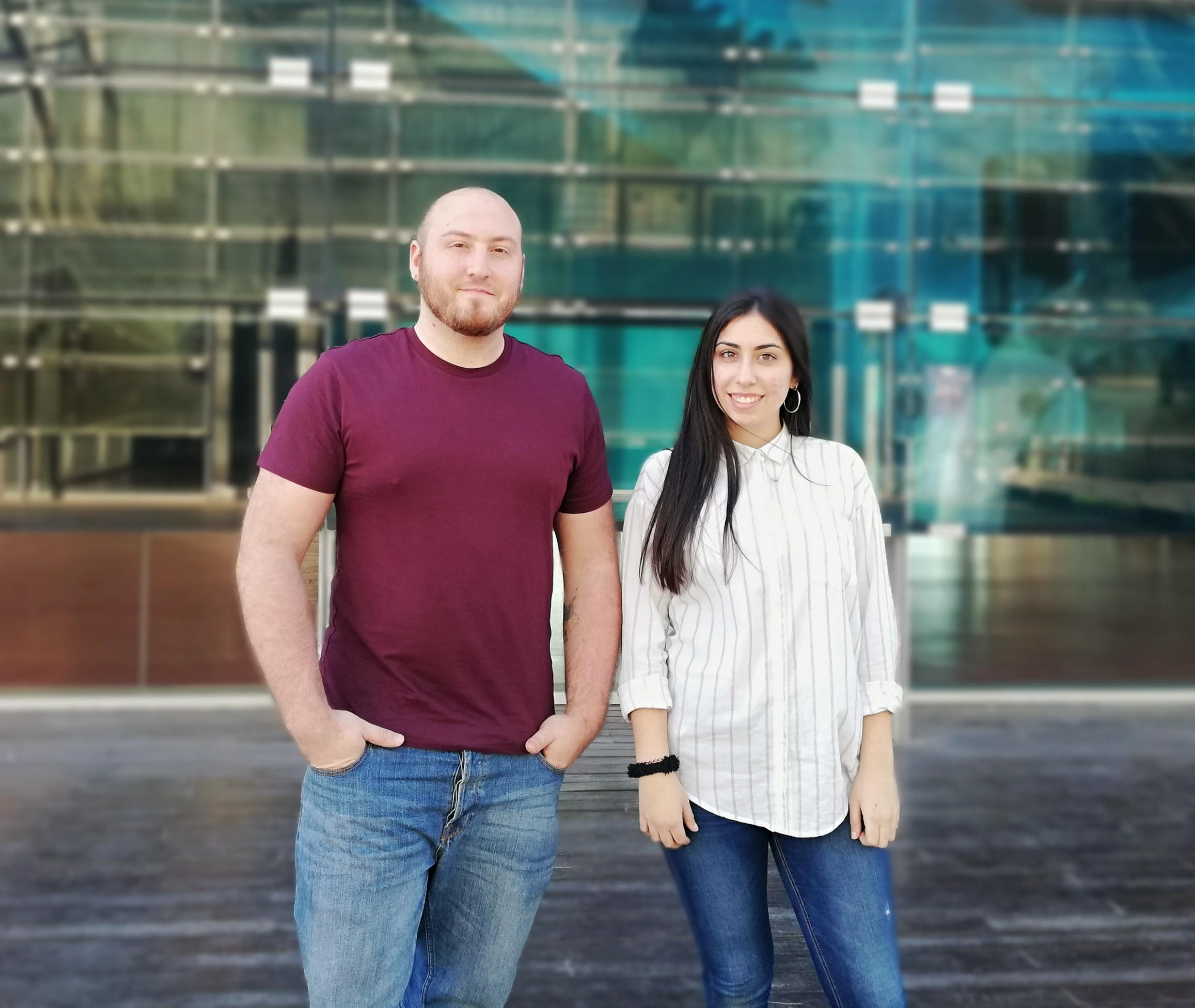 “Giving voice to the actors, the researchers, is key to scientific dissemination.” Daniel Roldán.

Daniel is a student in the Post-Production Master’s Degree Program at Campus Gandia of the UPV, where he also studied Audiovisual Communication. His work in the Chair consists of graphically documenting, both in photograph and in video, all the activities related to the research being carried out.

For Daniel, the perspective of an audiovisual content producer is key to scientific dissemination, and even more so in recent years, where social media and audiovisual content have become so important. It is no longer enough just to discover something that improves the quality of life for people, but also to communicate it effectively and explain how it will help society.

“The true stars are the researchers who dedicate their daily lives to developing new avenues of investigation and fulfilling their objectives,” Daniel explains. His work consists of trying to get the best shot, ask the right questions to condense the information in the best way and capture the attention of the audience in just 3 minutes.

More information and questions regarding the IVIO-UPV Chair research projects can be addressed in writing to Francisco Camarena, a research professor at the Campus Gandia of the UPV: fracafe@fis.upv.es.