The IVIO-UPV Chair  has welcomed some new members to its research team in the field of technologies applied to dentistry. We introduce you to four young engineers who are taking part in the research related to the application of ultrasound in oral implantology and Virtual Reality (VR) and multisensory systems. 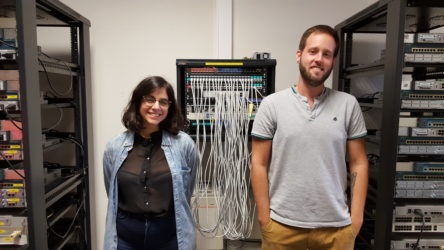 Clara and Dani studied Telecommunication Systems, Sound and Image Engineering and the respective masters at the UPV. They both agree that it was crucial for their research career that the Immersive Interactive Media (IIM) group, led by Professor Fernando Borona, offered them the chance to collaborate with them. They are currently taking part in the Virtual Reality Systems (VRs) and multisensors line of research. 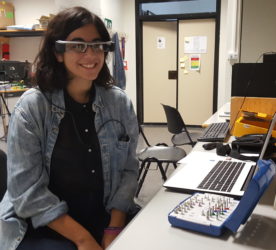 From a young age, Clara became fascinated with technology and her dream was to become an inventor. Clara’s main motivation for joining the Chair’s research project was that augmented reality was a booming technology and was not yet being applied in fields such as dentistry and more specifically in dental implants. She is especially pleased with an application she is working on for Smart Glasses, “I was determined to make them detect dentist’s tools. It was pretty complicated and it still needs improvement, but I’m quite happy with its detection capacity.” 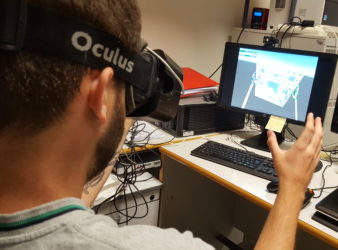 Dani is from Gandia and he already knew that he wanted to study computer science by the time he was in high school. In fact, he is presently working on his PhD. in Telecommunications. Doing research to provide functional improvements that positively affect society, as in the case of dentistry, was fundamental for Dani. “Researchers in the IVIO-UPV Chair are developing applications that will reduce the perception of pain during dental procedures, especially focused on younger patients,” adds Dani.

Motivation, perseverance, dedication are words that define the work of a researcher for them. “And plenty of imagination, too, ” Clara points out. 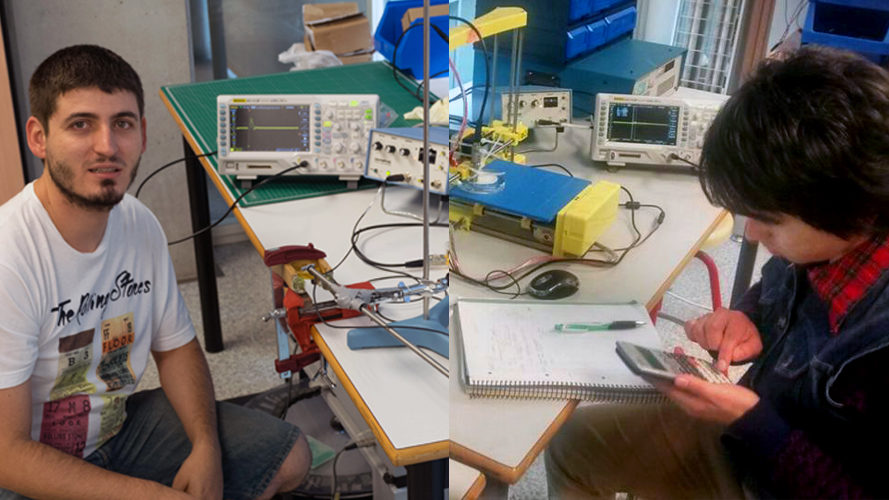 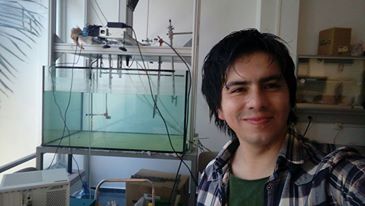 Anderson studied Sound Engineering at the University of San Buenaventura in Colombia. Engineering and Architecture, as well as Music or Mathematics were his source of inspiration when choosing his degree. He came to Campus Gandia to study a Master’s Degree in Acoustic Engineering, where he was surprised to learn everything that could be done with ultrasounds, especially applied to the field of Medicine. Thanks to Francisco Camarena, he began to collaborate as a researcher in the IVIO-UPV Chair, specifically in the regeneration of bone tissue for dental implants, the subject of his master’s thesis. “Ultrasound offers a way to evaluate this bone regeneration since they do not ionize. It is more economical and bone tissue regeneration can be evaluated without the need for a surgery,” Anderson points out. 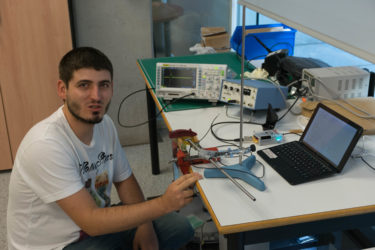 Josep is also part of Paco Camarena’s team. After studying a Higher Education on Sound, he enrolled in Telecommunication Systems, Sound and Image Engineering and during the last years of the career he became interested in research, which was decisive for enrolling in the Master’s Degree in Acoustic Engineering. Josep and Anderson are working on a monitoring system for bone regeneration in dentistry using ultrasound. “When I started, I knew about ultrasound but not about dentistry. Thanks to the IVIO-UPV Chair, Dr. Joan Faus and Professor Francisco Camarena, I have learned more about Dentistry and Ultrasound in order able to apply them to the line of research.” For him, in addition to contributing to a the good of society, this project is also very dynamic, “you don’t have time to get bored,” he adds.  A part of the results of this research will soon be presented at the Iberian Acoustics Conference, Tecniacústica 2017.

But it’s not all about researching and presenting results, there is more to life. For example rugby is one of Clara’s favorite pastimes, and music is for Anderson and Dani. For his part Josep, doesn’t like to miss a good concert in his free time.

More information and questions regarding the IVIO-UPV Chair can be addressed in writingto Francisco Camarena, a professor and researcher at the UPV Gandia Campus: fracafe@fis.upv.es.