Campus Gandia of the Universitat Politècnica de València and  TV series junkies are in luck. From November 2 to 4 we will host the international conference The Aesthetics of Television Serials, which will bring together important international experts from various fields of knowledge to discuss the art and aesthetics in television series. This is undoubtedly the most important Television Studies event of the year. Registration is now open.

According to Héctor J. Pérez, head of the Undergraduate Department of Audiovisual Communication at the UPV and the promoter of the conference, the organizing committee is particularly interested in facilitating attendance to the event to interested students as well as audiovisual professionals.

This scientific gathering is the final conference of a state funded research project dedicated to innovation in the analysis of serial television narrative, Theoretical Innovation Strategies in the Analysis of Narration in Television Series, funded by the Ministry of Economy, Industry and Competitiveness, for which Hector J. Perez is a principal investigator. An event related to this project was already held in 2015.

“The scientific design has been sponsored by the Society of Cognitive Studies of the Moving Image, the organization that most vigorously promotes the interdisciplinary scientific contribution to the study of audiovisual communication. For this reason, proposals predominate that try to explain the narrative taking into account both the emotions and the often complex cognitive reactions they provoke in the viewer,” says the researcher.

Among the invited speakers prestige are highly prestigious scientists, such as Rainer Reisenzein, professor of Evolutionary Psychology and a leading figure in the cognitive study of emotions; Juan José Igartua, the most reputed Spanish expert in Media Psychology and Empirical Methodologies in the Social Sciences; Bence Nanay, research professor at Cambridge University and director of the ERC Consolidator Grant funded project, Unifying the Philosophy, Psychology and Neuroscience of Multimodal Mental Imagery; or Murray Smith, author of the Theory of Engaging Characters, one of the most used reference books in film studies, Professor of Film Studies at the University of Kent and currently a Laurence S. Rockefeller Fellow at the Princeton University Center for Human Values 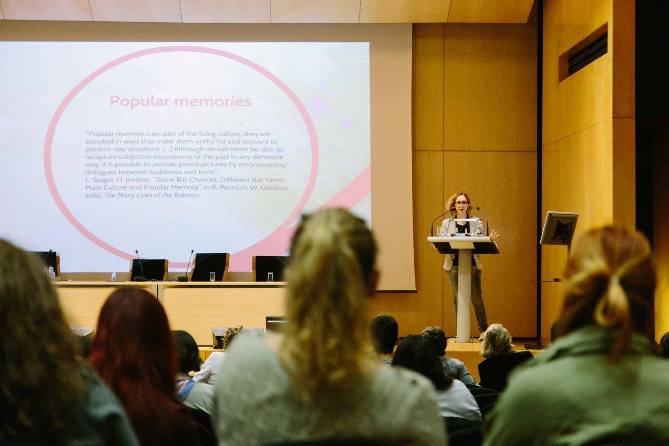 In addition to the speakers, members of the leading European, North American and Australian research projects dedicated to Television Seriality, a strong emerging sector in contemporary Audiovisual Studies, will attend and debate their points of view in this conference.

The specific problems in contemporary serial narrative, such as the relationship between the spectator and the fictional characters throughout the years, the aesthetic effects of the multiple-plotline structure, or the strategies used for episodic ending, among others, will be the subjects of interesting new studies.