The City Council of Gandia and the Universitat Politècnica de València (UPV) have signed an agreement to create the “Gandia Smart Tourism” Chair to promote initiatives that facilitate collaboration between the tourism sector and the university, as well as as the transfer of knowledge. The aim of the chair is to contribute to the development of a tourism based on science and knowledge, thus increasing the positive impact on the population from the social, economic, work-related, cultural and environmental stand points.

DRILLING DOWN ON COLLABORATION

The mayor of Gandia, Diana Morant, said that this chair is absolutely necessary for the city, since it will contribute to better tourism services, will benefit the sector and will allow visitors to be more satisfied with our city. The mayor pointed out that the main driving force of Gandia’s economy is tourism, making it essential to commit to quality and professionalization and adapt to new times, technology and the demands of travelers.

The “Gandia Smart Tourism” chair increases the prestige of the city of Gandia, which has given the distinction two years ago as City of Science and Innovation by the Ministry of Economy, Industry and Competitiveness, who assessed the work, the productive sectors and the innovative character of the city. 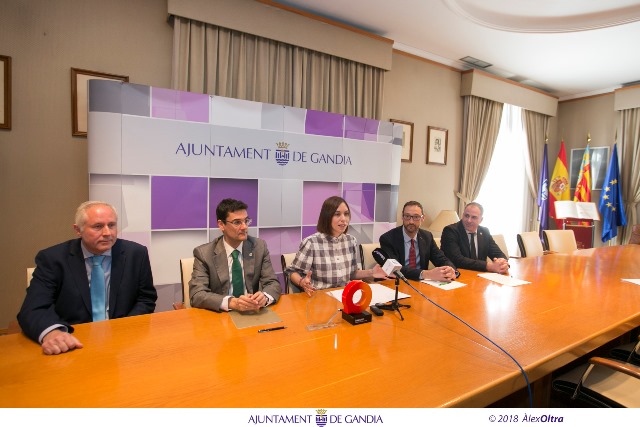 The Rector of the UPV, Francisco J. Mora, expressed his satisfaction over the signing of this new Chair, which will deepen the already close partnership that exists between the UPV and the City of Gandia, especially through its Campus in the city

For his part, the director of the Campus Gandia, Jesús Alba, expressed the interest of Campus Gandia because the Chair is a way of working side-by-side with the tourism sector and institutions, which benefits the entire population from the economic, work-related and environmental stand points, as well as the students and graduates of the UPV.

Within the framework of the chair, various actions have been planned: national and international conferences, symposiums and tourist activities at the UPV campus in Gandia, which serve as a pole of attraction  for year-round a tourist offerings and as a meeting point and debate forum for the sector; Bachelor’s, Master’s and Doctoral theses, both in the field of tourism and any other field applied transversally in tourism (technologies, communication, sustainability …); training in the tourism field and in the dissemination of the learining opportunities offered by Campus Gandia, both at the national and international level; the promotion of student initiatives in the field of tourism, which will be carried out under the UPV’s “Spontaneous Generation” program; the promotion of actions that foster equality, solidarity, ethics and tolerance in tourism. The agreement has a budget of 41,900 euros and its duration (renewable) is until December 31, 2018.