Throughout history, science has given rise to countless advances that have improved the lives of people, their health, nutrition and welfare, as well as serving as a driver of economic growth with new products, services and industries. However, as stated in the  2013 – 2020 Spanish Strategy for Science and Technology and Innovation, in order for scientific and technological progress to have repercussions on social progress, “we need a society that is willing and open to innovation, that embraces development and adopts new ideas and their incorporation into new processes, products and services.”

This is one of the objectives of Science Up Close and Personal, an initiative developed by the Universitat Politècnica de València in its Campus of Gandia, funded by the FECYT and co-funded by the Department of Innovation at Campus Gandia. The project, which is running throughout 2016, combines the production of audiovisual and radio content that is rebroadcast over the Internet in three languages: Valencian, Castilian and English. 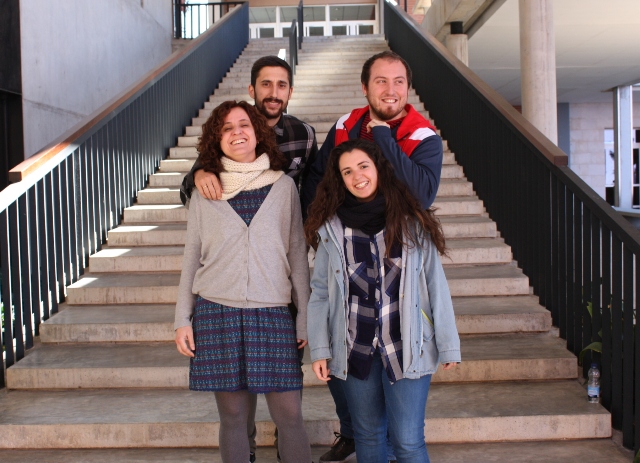 Leading researchers from Campus Gandia, the UPV and other centers, have been featured in the science section of the fourteen television programs produced within the framework of this project, and where they talk about the progress that is currently taking place and that can improve lives and the economy. The topics addressed include research on the penetration of the blood brain barrier with ultrasound for the treatment of diseases; the conservation of tellinas on the Valencian coast; analysis of gender bias in engineering; gravitational waves, etc.. Personal interviews have also been conducted with researchers in order to serve as references and inspiration to young people and also to help normalize the perception of those individuals that devote themselves to science and that generally share three traits: curiosity, passion and hard work.

The audiovisual contents air in the UPVGandiaCiencia and Diari de sections of the Telegrafies television program that is syndicated on the UPV-RTV website, the Campus Gandia Youtube Channel and the local television station, Tele7Safor. These sections have been subtitled in Catalan, Spanish and English and have been rebroadcast online, through this website, Facebook and Twitter. 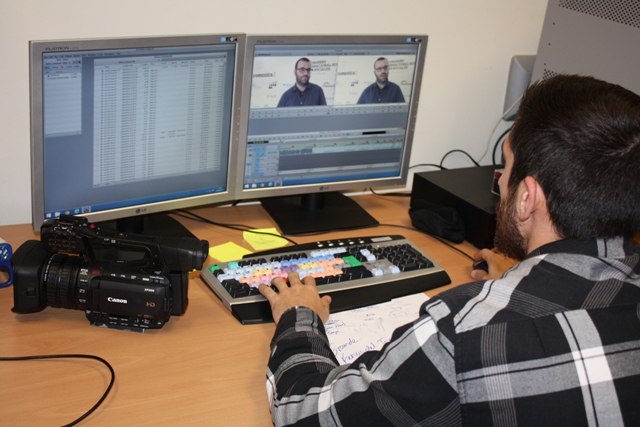 The estimated audience of the project was 15,000 viewers in conventional broadcasting. Internet publications have had a mean reach on Facebook of 5,000 users.

Are you familiar with the science section of Telegrafies? Answer this survey and help us improve. THANKS!

Likewise, the project has allowed 50 Audiovisual Communication students to obtain training and learn firsthand how to carry out science popularization, understand new concepts and interact with scientists.

Finally, thanks to Science Up Close and Personal, for the first time ever an interactive and customizable subtitle system has been implemented in a real environment that can be integrated into second screens, developed by the research group Immersive Interactive Media R&D Group.