Scientists from Campus Gandia are conducting research to find out the status of tellinas off the coast of Valencia to try recover the diminished stocks. The yearly catches of tellinas have gone down from 300,000 kg to 1,900 kg in the last ten years in the Region of Valencia, leading to a fishing ban, in place since June 2015.

The research consisted of a study conducted between May and November 2015 in zone 3 of the coast (from the port of Valencia to Denia) that revealed a decrease in both the size of the of tellinas, and the density of their stock. However, between September and December 2015 they found a significant recovery in the stocks due to the late summer rains that provided these mollusks with valuable nutrients.

The outcomes of these studies from the UPV have been shared with the Fishermen’s Guild of Gandia. With the result of these and other studies, the researchers have made three proposals to help improve the conditions of the tellina populations: breeding tellinas in captivity and later releasing them in the sea when they are less vulnerable to predators, such as jellyfish; locate areas where populations are larger to permit controlled fishing; and study the effect that new and widely used contaminants, such as sunscreen, have on these mollusks. 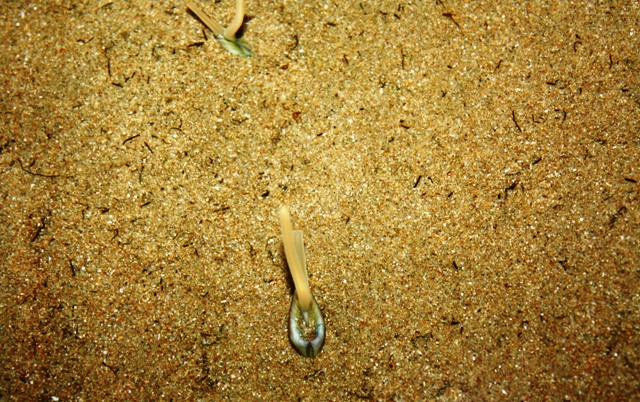 Miguel Rodilla, director of the Master’s Degree Program in Environmental Assessment and Monitoring of Marine and Coastal Ecosystems, heads this project: “The information is now in the hands of the administrations in charge of resource management, as well as the fishermen, who are concerned about the conservation of tellinas. It is very important for the scientific community to work alongside them, providing them with key information about the factors that contribute to this situation so they can also take actions to improve it,” said Rodilla.

According to Miguel Rodilla, the study established control spaces to determine the evolution of the stocks, as well as marking certain tellinas to track their growth. Although they were able to determine the scant supply and small size of these mollusks, a cause for optimism was the subsequent verification that the rainfall between September and December had significantly increased the size of the tellinas. “This is because the nutrients required by phytoplankton, which is what the tellinas feed on, are provided by rainfall, rivers and aquifers. The drought that we have been experiencing this last decade on the Valencian coast is the reason why the tellinas are receiving so little food.” 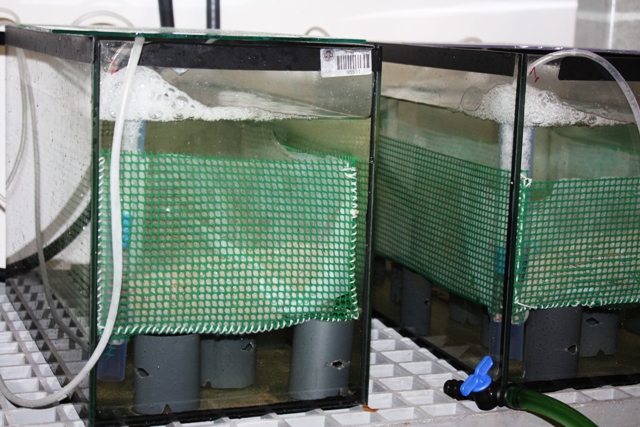 Another factor preventing the growth of tellinas, according to Miguel Rodilla, is the abundance of predators such as jellyfish, which eat the larvae of the tellinas before they can settle in the substratum of the sea. For this reason, the team led by Miguel Rodilla is studying the possibility of ‘farming’ tellinas until they are larger, with the aim of releasing them into the water when they are less likely to fall prey to the predators. “We don’t know whether a whole tellina aquaculture operation will be profitable, but we believe it is viable to keep them in mollusk farms for a time, in order to repopulate the beaches and improve the state of their stocks,” he says.

Another hypothesis they are working on is that the toxins found in the sea from sunscreens, hydrocarbons and other contaminants, are negatively affecting the shellfish. Tellinas have a such a short life cycle, that the catches and other factors cannot explain such a drastic drop in their population. “It’s not about whether or not to use sunscreens, but to find out which components pollute the most and use those that pollute the least,” says the scientist

Despite this, Miguel Rodilla is not pessimistic and believes that positive actions can be taken. “Given how easy it is for these populations to thrive under favorable conditions, we need to discover what they are and be able to provide them. Meanwhile, it would be worthwhile to establish controlled fishing zones and involve the fishermen in the management of these zones, as they are major stakeholders in the conservation of these marine populations. This way,” he says, “we could preserve the knowledge these fishermen have on traditional fishing methods and continue to support the sustainability of tellinas,” concludes Rodilla.