Breaking Bad is all about the midlife crisis, and what better way to explore it than a burned-out high school teacher who was meant to be a multimillionaire business tycoon, but took a wrong turn along the way. This is the story of Walter White, the lead character of the series, but that’s not why he’s a bad teacher.

The writers cleverly show him giving class in the first episode, setting us up for the sheer decrepitude of his current life. A teacher. Twenty listless students. The feeling that what you’re doing is useless… The scene only lasts a minute, but what a minute!

Walter begins by defining what chemistry is: “it is the science of matter.” The students don’t seem interested. Then he offers his personal thoughts on chemistry: “It is the science of change.” That’s what’s important, how things change and how change means everything. The cycle of life itself. His eyes shine; you can tell that he loves chemistry, that what he’s telling them fascinates him. The students, however, are yawning.

Then he gives a demonstration by lighting a bunsen burner and spraying chemicals into it, producing colored flames. And while he does this, he continues to talk about the idea of ​​change, how the elements combine to transform into those vivid colors, managing to grab the halfhearted attention of a few of the students. The scene ends with a broad yet fleeting smile on Walter’s face as he says, “It’s really fascinating.”

Although the main character of Breaking Bad fails to capture his students’ attention, it is undeniable that he possesses teaching skills. We can list some of these skills:

As we said, despite these important qualities, good old Walter does not gel with his students. There is something off. Something missing. But what is it? In my opinion, the students aren’t paying attention to Walter because what he’s telling them is of no use to them. Chemistry is of no use to them. The only way to learn is through necessity. 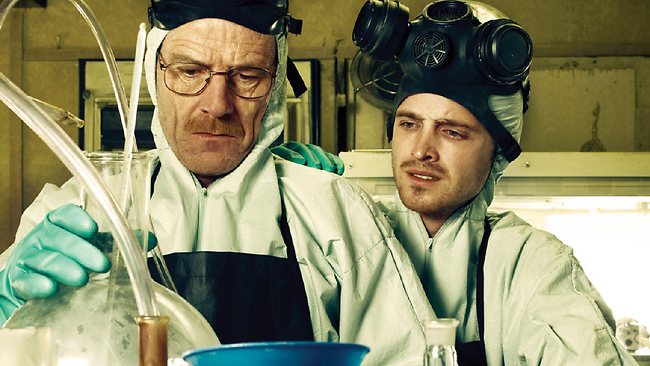 The series makes this point a few days later, when one of Walter White’s former students, the quirky and endearing Jesse Pinkman, needs to learn how to cook up some good methamphetamine in order to make a living.

That’s when the know-how of his old teacher comes in handy. That’s when he looks up and carefully observes his teacher at work, without missing a single detail. And it is at that precise moment when the bad student becomes an outstanding student.

Obviously, this is no merit of Walter’s, but it is the system, or the market, that is giving value to this know-how. But you can’t be good teacher on your own.

Francisco Camarena, professor and researcher at the Campus Gandia of the UPV.