Research scientists from Campus Gandia of the Universitat Politècnica de València (UPV) are leading and taking part in the CaboRorcual project, which aims to study the fin whale (Balaenoptera physalus), the second largest animal on the planet after the blue whale, as it swims through Cabo de la Nao and the Ibiza Canal, as well as the factors that threaten their populations, whose species is classified as vulnerable.

The project, under the coordination of the campus researcher professor, Eduardo Belda, an expert in marine species marking and monitoring, is co-sponsored by the Generalitat Valenciana, the city councils of Dénia and Xàbia, the Balearia Foundation, the EUCRANTE association, the Spanish Institute of Oceanography and the Oceanogràfic Foundation. The latter will take part in some of the most innovative aspects of the project, such as taking biological samples and satellite marking of animals. 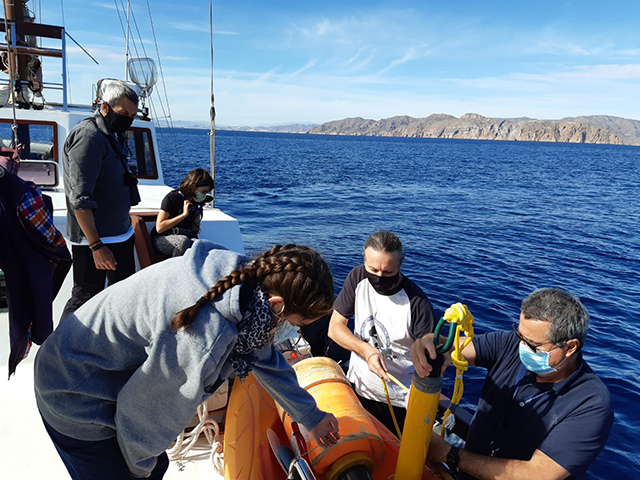 The important mission of this project is to acquire greater knowledge about the presence of the fin whale on the coasts of Dénia and Xàbia, and the capes of San Antonio and La Nao, as it has become an important passage point from the months of May to September.

The passage of these animals occurs outside the Maritime Protected Area (MPA) of the Mediterranean cetacean migration corridor, where other cetaceans are frequently spotted, especially the bottlenose dolphin, a species of interest for the Natura 2000 Network. The area of study includes several protected marine areas of this Natura 2000 Network.

Through the use of passive acoustic techniques, satellite tracking, visual sampling and photo identification, this study aims to analyze the presence and origin of fin whale populations, habitat use, risks associated with human activities such as maritime traffic or underwater noise, and assess the suitability of the area for the proposal of a new marine protected area.

To achieve some of the specific objectives proposed, passive acoustic monitoring campaigns will be carried out by the anchoring of several acoustic detectors. A pilot project will also be carried out to mark the animals with satellite transmitters, which will allow the scientist to monitor their migration. Likewise, an analysis will be conducted on the risks that the existing maritime traffic has on their travel routes.

Throughout the program, sampling campaigns will be carried out by means of a visual detection transect and an identification photo to verify the presence of fin whales, bottlenose dolphins and other marine mammals. Finally, the suitability of the area will be evaluated to propose it for a new marine protected area or modify the perimeters of the currently existing MPAs

On Monday, May 31st, the CaboRorcual project was presented simultaneously on campus and online, where the most important and innovative aspects of the project were highlighted, along with the the objectives and the actions planned during the course of the project.

The EUCRANTE association is in charge of coordinating the volunteers for this project, with the aim of collecting additional sightings data from land of the fin whale and the bottlenose dolphin (Tursiops truncatus) as they swim along the coast of Dénia.

In addition, in parallel to the sightings from land, a two-day sampling campaign will be carried out by boat, with nights on land, during the first half of June (dates to be specified). The places on the boat are very limited, only a total of 8 availabilities (4 in each excursion). In these sighting boat excursions, in addition to a visual census, a passive acoustic sampling will also be carried out with a trawl hydrophone. 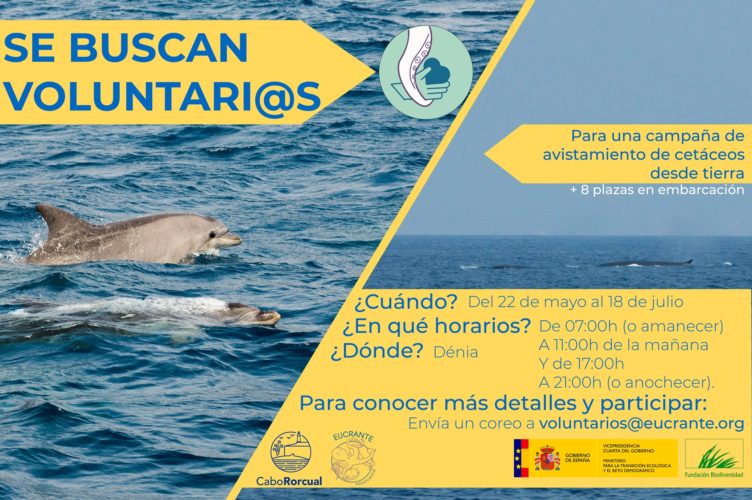