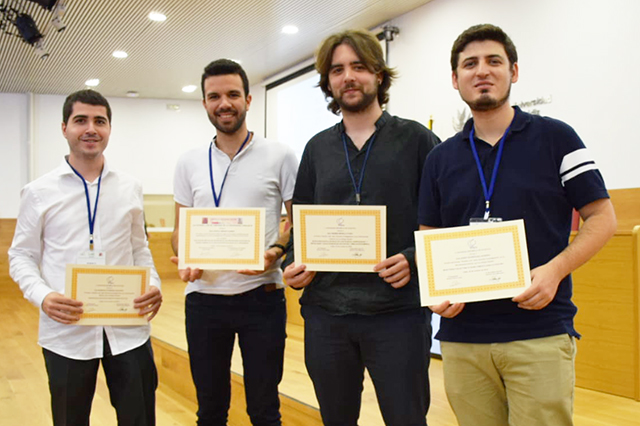 The news that has resonated over the years in both the traditional and social media landscape in the La Safor county has been varied: “Five students from the campus receive awards at a national conference”, “Pioneer project to reduce noise levels in rocket launches”, “Ambitious research about ultrasound in oral implantology” and many others. They all have two things in common: acoustics and the Campus Gandia of the Universitat Politècnica de València (UPV).

In this academic and scientific context, we decided that it would be good idea direct our efforts towards research in a discipline that in Spain, unlike other countries, had relatively little relevance and was still very young: Acoustics. The newly formed group consisted of engineers and physicists with diverse opinions and scientific traditions, each of them committed to making scientific contributions to this branch of physics. Teaching and research staff of a public university yet to be built in the Grao de Gandia.

The fruit of the collective work over the years has a very clear result: Campus Gandia is home to one of the most internationally recognized Spanish Acoustics groups. The resounding scientific success is the result of the work carried out by a team of people that have propagated throughout multiple publications, conferences, international collaborations, awards, research projects and agreements with companies and institutions. Currently, the Acoustics research activity on the Campus Gandia finds itself in full swing. The fields of studies and specialties have been diversified, with more than 20 people working in Acoustics, including teaching staff, doctoral students, postdoctoral students, laboratory technical personnel and technical research personnel.

The best professional setting for the dissemination of scientific results in Acoustics is the leading annual national conference: Tecniacústica. The number and quality of scientific studies by the Campus research staff presented in all the editions of the conference are proof of the intense and growing activity carried out in the field of acoustics at Campus Gandia. The Spanish Acoustic Society has recognized more than 15 young researchers from the Campus with prestigious awards for their research work. 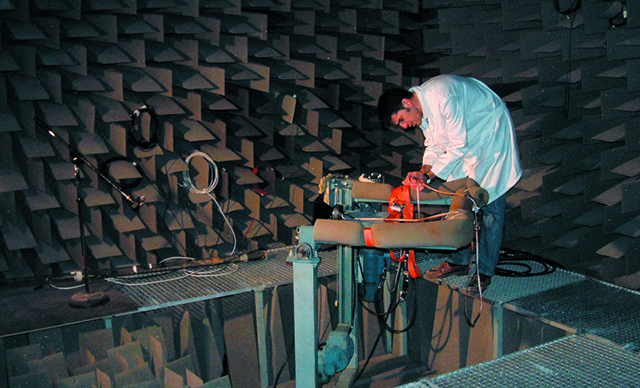 The future of acoustics in Gandia is something we hear about every day on and around the Campus. The topics, projects and branches of Acoustics continue to evolve and grow. Young university students with tremendous talent, ability, enthusiasm and thirst for learning are enrolled in the Master’s Degree in Acoustic Engineering, which has seen 10 graduating classes go through. This academic and research environment offers students of varying backgrounds a prestigious and competitive educational program in acoustics, both for their own educational aims and also to continue onto a doctoral dissertation. 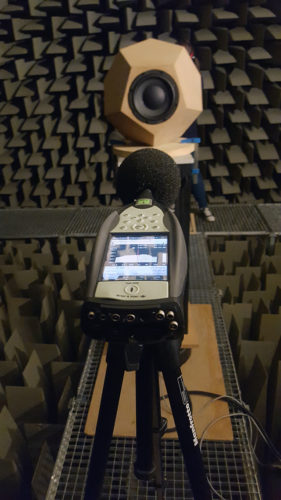 The earned prestige of the Acoustics group has opened the door to a wide range of international mobility possibilities during both the Master’s degree and the the doctoral degree, allowing for continued research in acoustics in other institutions. This is all possible thanks to the agreements with different European universities, such as the Université du Mans in France, as well as South American universities, such as the Universidad Austral de Chile in Valdivia. As of the the year 2021/2022, outstanding students will be able to study the Master of Acoustic Engineering in the prestigious joint Erasmus Mundus Master’s Degree between the UPV, l’École Centrale de Marseille in France and the Universidade de Coimbra in Portugal.

Intense collaboration between the Campus Gandia research personnel and the surrounding companies and institutions enables the incorporation of students into the job market in the sector by way of internships. Many of them decide to enter the job market, while others with an entrepreneurial spirit venture to create their own companies. There are also students who are deeply invested in their education and decide to further their studies by doing a doctorate. This way they carrying on with the spirit and the passion for research in Acoustics that will continue to resonate on Campus Gandia and its surroundings for many years to come.

Experto in Acoustics at Campus Gandia