Atrial fibrillation (AF) is an abnormal heart rhythm, also known as arrhythmia. This condition is the most common type of cardiac arrhythmia seen in clinical practice overall, since it affects more than 9 million people throughout Europe and approximately one million people in Spain. It is prevalent in 1.5-2% of the general population and it increases with age, reaching up to 17% of the population over 80 years of age. As a result of the aging population, its prevalence is expected to double in the next 50 years.

In recent years there have been remarkable advances in the understanding of AF, with the introduction of rapidly evolving therapies, such as new antiarrhythmic drugs and catheter ablation techniques, into clinical practice. However, the treatment of AF continues to have its limitations and has a significant economic impact for health systems, with approximately 1% of the overall health budget being allocated to it and more than 15% of the budget dedicated to cardiovascular diseases.

These limitations are the reasons behind the research work being carried out by José Joaquín Rieta and his research team (BioMIT.org), which is always oriented towards social benefit. Their work has achieved tremendous repercussion with novel advances of great scientific impact, such as the development of electrocardiographic analysis methods that are capable of predicting the appearance of AF two hours in advance. These results are paving the way for preventive therapy, as well as for the development of analysis of electrocardiographic indicators that are capable of providing preoperative prediction of outcomes for the Cox-Maze AF surgical procedure.

Currently, Rieta is leading a transnational and multicenter research project in which research staff from national universities (Campus Gandia-Universitat Politècnica de València and Castilla-La Mancha), as well as foreign universities (United Kingdom, Italy and Sweden) are participating, along with six university hospitals from the Valencian Community and Castilla-La Mancha. This ambitious project is laying the groundwork for the development of personalized therapy for the disease, a significant advance that will lower the risks to patients and reduce hospital costs.

José Joaquín Rieta, research professor at Campus Gandia of the Universitat Politècnica de València in the field of Telecommunications for 25 years, is an expert in Biomedical Engineering, principally in the analysis and processing of atrial fibrillation signals, and recognized around the world as an expert in this matter.

Throughout his more than 20 years as a researcher, his work has achieved tremendous prestige and relevance, with an h-index ranking of 27. José J. Rieta has published 17 books related to Biomedical Engineering, around 80 articles in international scientific journals, has collaborated with research personnel from all over the world and has supervised numerous doctoral theses and research projects, making for an extensive academic career in research and education that has been summarized in the book “Escola Politècnica Superior de Gandia, XXV anys (1994-2019)”, in which an entire chapter is dedicated to his career, as well as to the work of other professors and researchers at the campus 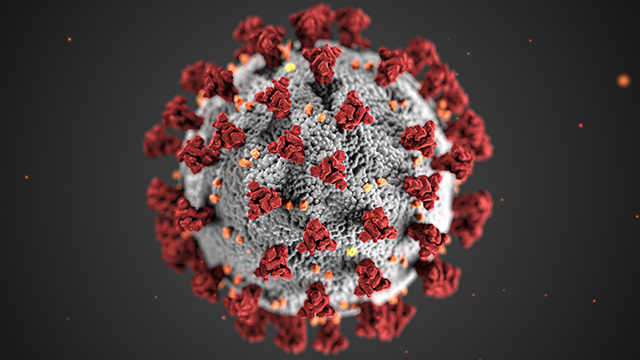 People with AF or other cardiovascular diseases are particularly at risk for COVID-19. Although people with cardiovascular disease (CVD), such as high blood pressure, heart failure, or ischemic heart disease, have the same likelihood to be infected and have COVID-19 as those without CVD, very recent studies have shown that the coexistence of these underlying diseases with infection increases mortality and the possibility of suffering major complications. Thus, 50% of patients hospitalized with COVID-19 had hypertension, up to 44% of those admitted to the ICU suffered cardiac arrhythmias and 20% of those who overcame the disease had heart damage caused by the inflammation associated with COVID-19.

Given the risk that the virus poses to these patients, it is advisable to follow certain specific recommendations, such as avoiding going to the primary care consultation if it is not necessary; not going off the medication without the indication of a doctor; or maintaining self-care routines such as self-monitoring of blood pressure, heart rate, temperature, respiratory rate, O2 saturation, blood glucose and weight.