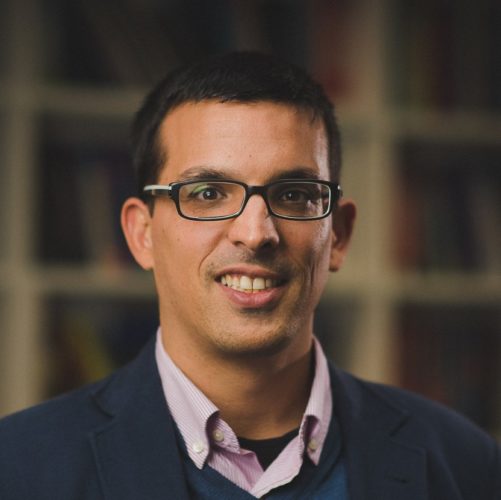 “5G technology will generate a high demand for highly specialized professionals and the university has to be at the forefront of these technologies, both in research and education,” says David Gómez Barquero, Professor of the Degree in Telecommunications Systems Engineering, Sound and Image at Campus Gandia of the Universitat Politècnica de València (UPV).

According to the expert, new industries will emerge with a high demand for multidisciplinary professionals from telecommunications engineering, industrial engineering, civil engineering, etc.. For this reason, the professor is committed to integrating 5G curriculum in a wide range of engineering degrees. “If we don’t respond to this demand, these jobs will be be lost,“ he concludes.

David Gómez Barquero has recently participated in the round table titled “5G: The imminent revolution. The impact on the economy and on people’s lives”, organized by the Espai d’Economia de la Safor in which Carolina Pascual, Regional Minister of Innovation, Universities, Science and Digital Society. and José Manuel Plaza, Director of Public Administration of Telefónica Spain for the Valencian Community, Murcia and the Balearic Islands, took part. Diana Morant, mayor of Gandia, presented the event, which was moderated by Salvador Gregori, Councilor Responsible for Economy and Finance of the City of Gandia.

Gómez Barquero belongs to the UPV University Institute for Telecommunications and Multimedia Applications (iTEAM) and actively participates in the European 5G research program known as G-PPP (5G Infrastructure Public Private Partnership), funded by the Horizon H2020 research and innovation program. In total he has participated in five projects.

Professor Gómez Barquero also coordinated the 5G-Xcast project,with an 8 million euro endowment and the participation of 18 partners from different 9 countries, including companies such as Nokia, British Telecom, the BBC or the Association European Broadcasters. Under this umbrella project, the iTEAM led the design of an innovative 5G network architecture that facilitates the large-scale distribution of new ultra-high-definition audiovisual content and other interactive services such as augmented reality, virtual reality and 360º content. The 5G-Xcast project ended in 2019.

He is currently participating in the 5G-TOURS, project, in which, together with Ericsson Italia, Telecom Italia, Italian public television (RAI) and Samsung, among others, innovative audiovisual and entertainment content distribution services will be deployed in Turin for tourists.

The iTEAM is currently deploying a network for pilot testing, development and demonstration of 5G mobile technologies on the Vera campus of the UPV, co-financed by the European Union through the regional development program (FEDER) of the Valencian Community. To date, 3 demonstrations have been conducted: (1) remote driving of a 5G connected vehicle, (2) motion control of a 5G connected robot, (3) 5G live television production. In addition, the VLC Campus 5G is used for validation tests of European projects. 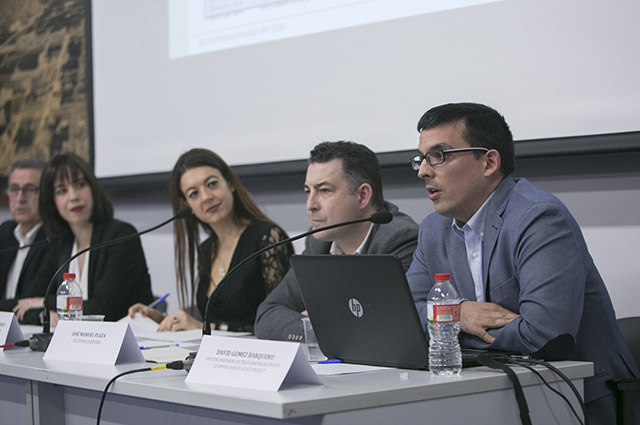 David Gómez Barquero points out that 5G technology is not “just another Generation” because it is not just an improvement in the quality of 4G, but a paradigm shift. “Millions of people and objects that are not connected will now become so,” he states. This technology has been designed taking into account the requirements for wireless digitalization of numerous sectors, such as industry, automotive or healthcare. 5G will offer functionalities never before seen: it will multiply the speed of communication by more than 10 and minimize network latency, with very high reliability. It will dramatically increase the amount of information and also the speed of communications, improving reliability.  Furthermore, the number of sensors that can be connected to the network will be huge,” according to the professor from Campus Gandia.

5G technology will have a great impact on industry and the economy and, therefore, on people’s lives. “It’s a technology that enables a wide range of disruptive applications that have a high potential to change the way we live: the autonomous connected self-driving car, the (wireless) robotization of industry, the internet of things (IoT), or Smart cities,” he explains.

By 2025, 5G technology could start to become part of our day-to-day lives. “The 3GPP mobile communications standardization forum plans to approve the second version of the 5G standard this year, which will meet all the requirements of the International Telecommunications Union, although there has been some delay due to the coronavirus outbreak and the situation in China. The first prototypes and commercial equipment will be on the market in 2021, although they will probably be very expensive. But in two or three years it will be fully deployed and yes, by 2025 we might begin to integrate it on a regular basis,” says the doctor in Telecommunications.