The scientific activity carried out at Campus Gandia of the Universitat Politècnica de València reached a historical peak of 5,301,000 euros in 2018. This figure triples the financial volume of the research funded with respect to 2017, and doubles the value of 2016. This figure is the highest level reached since the creation of the campus, even higher than the 2006 level prior to the crisis. 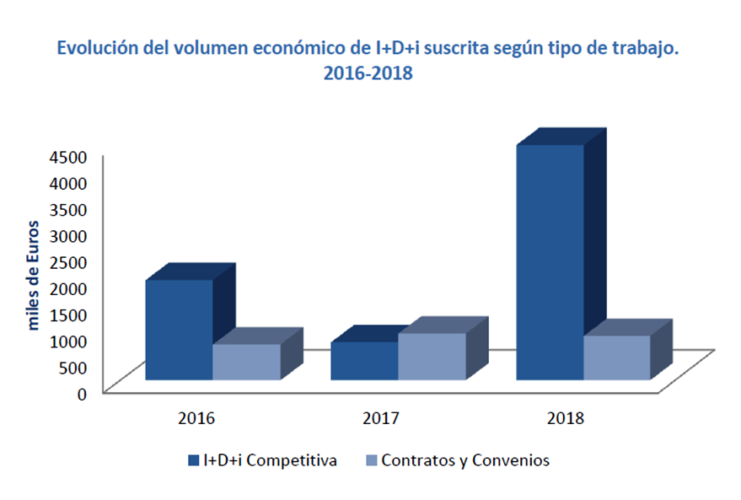 The output from R&D contracts and agreements signed in 2018 are mainly with private sector businesses (47%); followed by contracts with the administration (37%) and, 16% other entities.

With regards to the funding sources of the competitive R&D&I contracts, there has been an increase in funding from the Generalitat Valenciana, the Central Administration and the European Union over the last year. 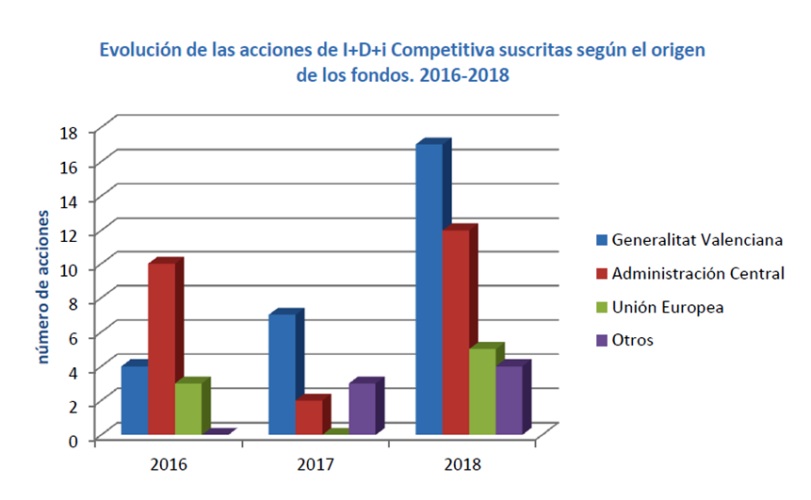 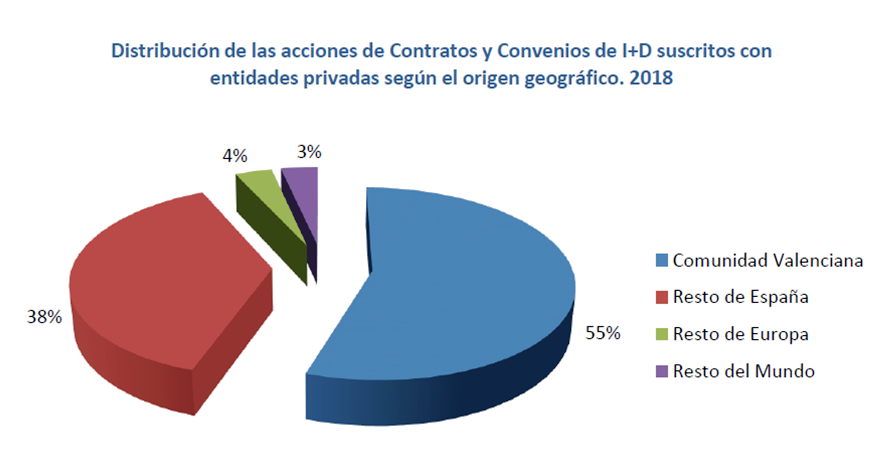 For Jesús Alba, director of the Campus Gandia of the UPV, these figures demonstrate the tremendous impact of the researchwork being carried out on the Campus on its nearest socioeconomic surroundings, the high quality of the center’s research, which enables it to achieve competitive funding, as well as the confidence of the companies and institutions in the research that is carried out at the university. The Campus director pointed out that he will continue his commitment to bringing awareness to the capabilities and results of the research staff in order to increase the return and retain the talent that is being educated.

After barely 10 years in existence, the Research Institute for Integrated Coastal Zone Management (100% Campus Gandia institute) has managed to establish itself in the top 25 research structures of the 85 present at the UPV.

It is composed of 65 people, of which 49 are doctors. The research personal has a total of 61 six-year tenures of research under their belt, an indicator that validates the recognition of its high level of scientific output.

In addition, the mixed unit formed by the UPV and the Spanish Institute of Oceanography – Technology Unit for Marine Studies (UTEM, for its Spanish initials), based on the Campus (port of Gandia sheds), is developing major scientific projects.

The complete reports can be viewed in Spanish in the following links: