Roberto Atiénzar and Dídac Diego Tortosa, researchers from the Campus Gandia of the Universitat Politècnica de València, have received and award from the Spanish Acoustic Society (SEA, for its Spanish initials) for their studies in the field of acoustics. Both have obtained two of the three Andrés Lara Awards for Young Researchers granted in this year’s INTER-NOISE Congress. Atiénzar and Diego were already recognized with this award in the 2018 edition, the former winning the first prize of the Andrés Lara Award, and the latter winning the second prize. It is worth mentioning that there are now 17 Campus Gandia recipients of these awards since 2003.

The studies conducted by these young researchers from the Safor have very diverse applications. Roberto Atiénzar’s studied entitled “Effect of the Variables Associated with the Microcapsules on Sound Absorption After Their Application to Textile Fabrics“, is connected with textile engineering Dídac Diego’s, “Underwater Acoustic Positioning System for the Monitoring of Optical Modules In Km3net2“, is applied to the understanding of the universe through neutrinos. 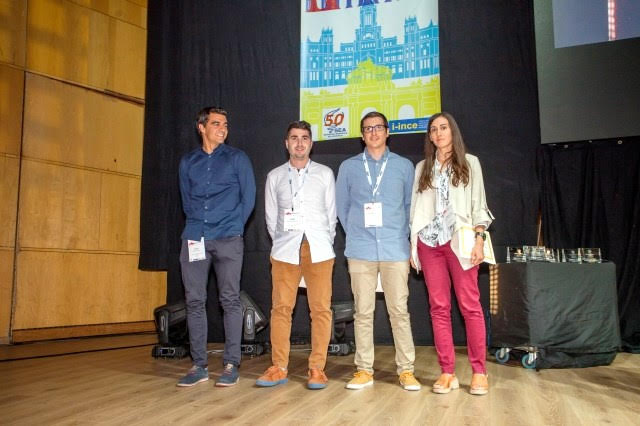 The multidisciplinary study presented by Roberto Atiénzar, which combines textile engineering with acoustic engineering, analyzes the acoustic behavior of new technical fabrics. “We analyzed the sound absorption properties of textile cotton fabrics with different surface densities of yarn and different percentages of microcapsule doping, in a range of frequencies between 100 Hz and 3150 Hz, with the idea that these fabrics could offer new solutions for applications in the acoustic conditioning. We compared the acoustic absorption properties of doped and undoped cotton fabrics; we have observed that doping leads to a different acoustic behavior depending on the concentration of microcapsules and also depending on the type of base cotton used. Cotton fabrics with a lower surface yarn density improve sound absorption, through doping at half frequencies,” explains Roberto Atiénzar.

“It is also possible to shift the resonance frequency with a higher density of base cotton yarn and the appropriate doping concentration. With this study we are able determine that microcapsules can be useful for controlling the sound absorption properties offabrics, thus opening new fields of ‘a la carte’ acoustic conditioning,” concludes the Campus Gandia researcher.

The research was carried out jointly with Romina del Rey, Rubén Picó and Jaime Gisbert Payá. 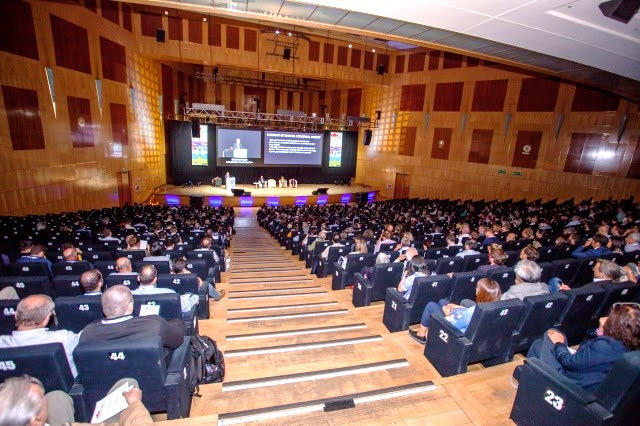 ACOUSTICS FOR THE STUDY OF THE UNIVERSE

For his part, Dídac Diego Tortosa is taking part in the development of the KM3NeT submarine neutrino telescope, located in the Mediterranean Sea. This telescope uses Digital Optical Modules (DOMs) to locate neutrinos by detecting the Cherenkov light of relativistic particles produced in the
interaction.

According to the scientist, the neutrino event and the coming direction, it is necessary to monitor the exact position of each DOM, which is not fixed since it is mounted on flexible cables anchored to the sea floor, which are kept in position vertical thanks to buoys at their ends and that are in constant movement due to the sea currents.  “A piezo-ceramic transducer is installed inside of each DOM. Using some emitters anchored in the sea floor it is possible to calculate the position of the DOMs by triangulation of distances obtained from the determination of the time of flight of the acoustic wave. In this study, we present an acoustic model for the simulation of the system described and we show that it works with an accuracy of centimeters,” explains Dídac Diego.

Neutrino telescopes are designed for the study of the universe through these elusive particles. Among its objectives is the search for dark matter, which accounts for more than 80% of the matter in the universe. We know of its existence thanks to the gravitational effects it causes, which are many, but its analysis is difficult, since it barely interacts with known matter. These particles accumulate in astrophysical objects such as the Sun, and when they crash into each other, they directly or indirectly produce high energy neutrinos.