According to the 2016-2022 National Waste Management Plan (PEMAR, for its Spanish initials), organic matter represents 47% of the all-in-one bag, or of the remaining fraction. Therefore, in addition to being the fraction with the highest specific weight within the garbage bag, it is also the fraction that, due to its nature, requires a high frequency of collection in order to avoid discomfort due to foul odors.

In addition, the legislation promotes the implementation of separate bio-waste collection systems for domestic or community composting in locations where it is easy to do, such as rural areas, where the smallest municipalities are located. 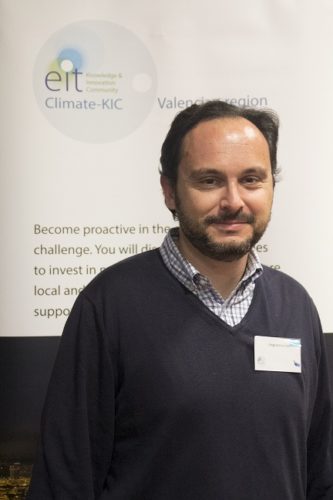 A good example of this is the province of Alicante, where there are 52 municipalities with fewer than 1,000 inhabitants. The majority of them are concentrated in mountain areas. For reasons of economy of scale, it is easy to understand that waste collection in these municipalities is more expensive than in a large city, since garbage trucks have to travel several kilometers along mountain roads to collect waste from town to town until the collector is full and the refuse can be transported to the treatment plants. And also with frequencies of four, five or even six days a week.

Waste management legislation imposes a series of obligations on local entities regarding the collection and management of the domestic waste they generate. Thus, the PEMAR establishes that at least 50% of the weight of all domestic waste should be destined for reuse and recycling by 2020, highlighting that the fraction of bio-waste, or organic matter, should also constitute 50% of the total weight. Likewise, in terms of bio-waste, local entities are also obligated to implement selective collection for specific treatment. All in all, municipalities with more than 5,000 inhabitants must implement the regulation before December 31, 2020, and those with fewer than 5,000 inhabitants, before December 31, 2023.

On this basis, community composting is on the way to becoming a very useful tool for sustainability in small towns. Let us assume that community composting will be implemented in these 52 municipalities, and that all the organic matter is managed within the municipality by composting. On the one hand, we will stop sending 47% of the waste to the treatment plants, and therefore we will reduce the bill for waste treatment. And, on the other hand, since foul-smelling waste is no longer in the container with the remaining fraction, the frequency of collection of this fraction can be reduced, subsequently reducing the overall costs for this service costs. Also, in parallel, the quantity is increased and quality is improved in the selective collection of containers, paper and cardboard and glass, which means higher revenues for the municipalities.

Based on experience, the yields of community composting are fantastic, since, of 100 kg of organic waste deposited, we obtain 25kg of compost and 65% process losses (evaporation of water and degradation of organic matter). The remaining 10% is structure-building material due to its size, and it will be recirculated in a new batch. We need to bear in mind that 80% of the organic matter is water, and it evaporates during composting, where temperatures of up to 70ºC are reached, which sanitize the compost, eliminating pathogens and seeds. 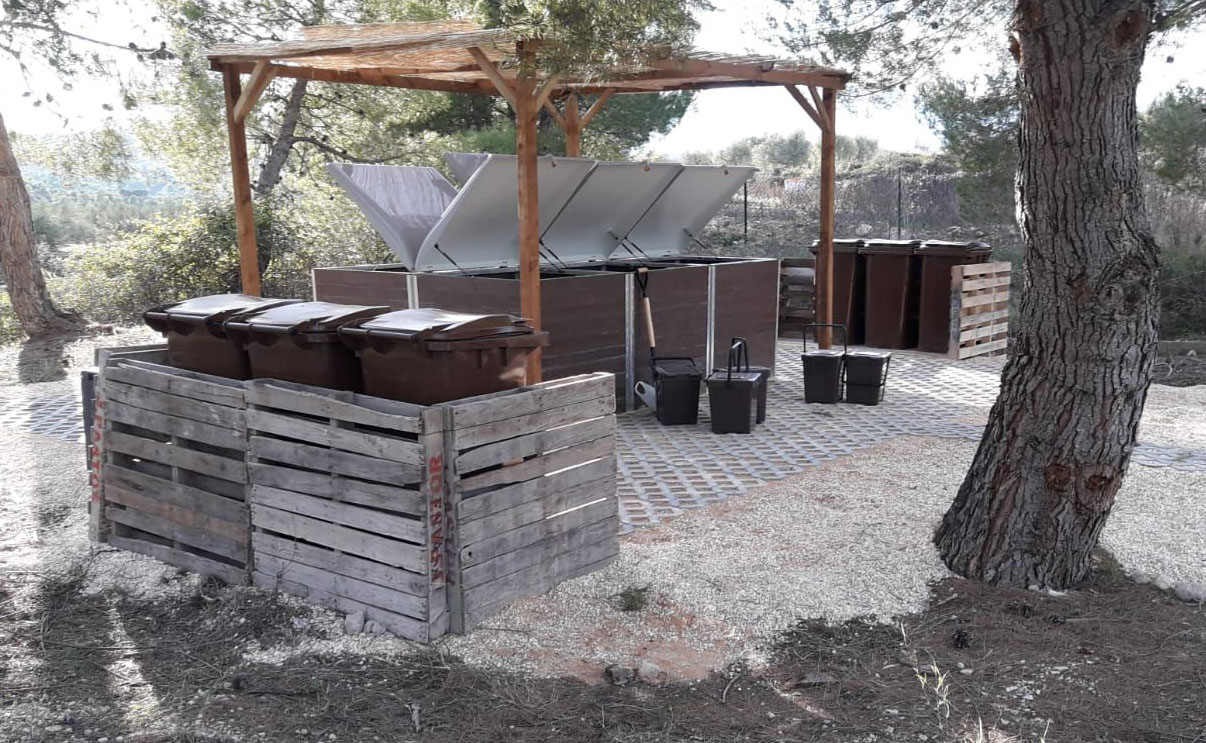 But the benefits are not just economic. There are also environmental and social benefits. By reducing the frequency of collection, we reduce the frequency of trucks traveling on these mountain roads, improving the road safety of the residents of these towns. Fewer kilometers implies lower fuel consumption and therefore, lower gas emissions. Also, the composting process requires the use of what is called structure-building material, which consist of crushed plant cuttings that have to be mixed with the organic waste in order to produce the compost. Once the compost has been produced, it can be used either by the neighbors themselves or by the town hall for the municipal gardens. A 100% circular economy.

At the same time, the composting centers require a supervisor with knowledge in the matter and who is in charge of overseeing the operations and ensuring that the composting process is carried out correctly. This person can perfectly supervise between 6 and 8 composting centers, depending on distances, which means the generation of qualified jobs. This can be curb the depopulation experienced in these municipalities, since it will generate quality employment for young people who have received training.

And in order for the system to work properly, it requires the full involvement of local governments, who need to truly believe in it. They must promote proper waste management among the neighbors and provide brown household bins for organic matter, compostable bags, hold talks and presentation and clarify any questions. It is important that people know what waste material has to be deposited in the brown organic matter bin, and are certain so that no mistakes are made that could harm the process.

In view of what has been stated in the article, I hope to have convinced the reader of the benefits of community composting for small towns or neighborhood communities. It is a system that allows waste to be used as a resource and produce high-quality compost at no other cost than the goodwill while also generating some jobs.

Senior Waste Management Technical Specialist. Provincial Council of Alicante. BSc. in Environmental Sciences from the Campus Gandia of the UPV