While I was in high school I had a keen interest in science, and that’s probably why my education turned more to that branch of studies, and I finally ended up the degree of Environmental Sciences at Campus of Gandia. It was a true reality-check to study that degree, where I realized two things: first, that climate change is a reality that we can see it in our day to day; second, and more worrisome, that there is a lack of awareness among the population, which compounds the first premise.

It was at Campus Gandia that I got the first opportunity to do research through my Final Degree Project, and to work on something that could be useful for the environment. It was under the supervision of one of the biology professors, Claudia Pallotti, who showed me a very interesting project with legumes. This plant family is of great value at many different levels, but they are also able to bind nitrogen in the soil, thus improving the soil properties. In addition, this compound gives rise to tropospheric ozone, which is harmful to human health and is a greenhouse gas.

Nodulation observed in legumes (left) and bacteria found in the nodules.

Thus, this line of research led us to develop a method of isolating the soil bacteria that, when the enter into symbiosis with the legumes, nodulate in the roots and promote the binding of this gas in the soil.

However, when I finished the research, and thanks to other researchers who welcomed me during my project, I wanted to go further. This is how I ended up doing the Master’s Degree in Plant Molecular and Cellular Biotechnology, offered by the UPV in association with the Higher Council of Scientific Research (CSIC), in the Institute of Molecular and Cellular Biology of Plants (IBMCP). There science is taken as a way of life, and the projects that are carried out are authentic works of molecular engineering.

In my case, and being consequential with my environmental education, I decided to focus on the resistance of plants to climate change. Therefore, we studied the genes related to the growth of the stems and were involved with a group of proteins whose synthesis is affected by several aspects, such as the environmental conditions of the plant. Therefore, we were able to generate some lines of mutant plants that resulted in an interesting phenotype, since they were plants that grew despite being subjected to environmental stresses. This was an interesting finding, since plants tend to stop growth in favor of defense when there are adverse conditions. 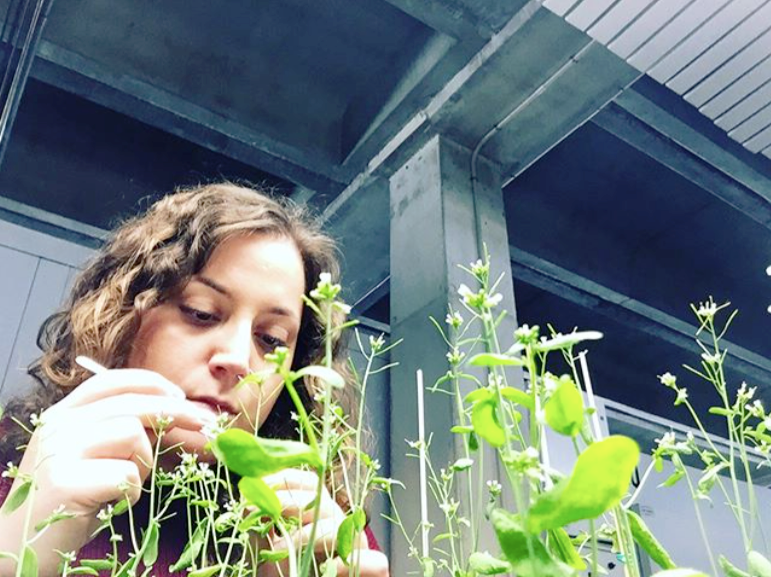 But the research didn’t stop there, since I created what is called a “control line”, which helped to see which regions our candidate gene was expressed in, by means of microscopy techniques.

These findings are very important, since, despite having carried out studies in model plants (Arabidopsis thaliana), it opens the door to future research with plants of agronomic interest. That is to say, we could achieve plants that would able to withstand long periods of drought, a frequent problem in our territory and which will unfortunately increase due to the new conditions being brought about by climate change. 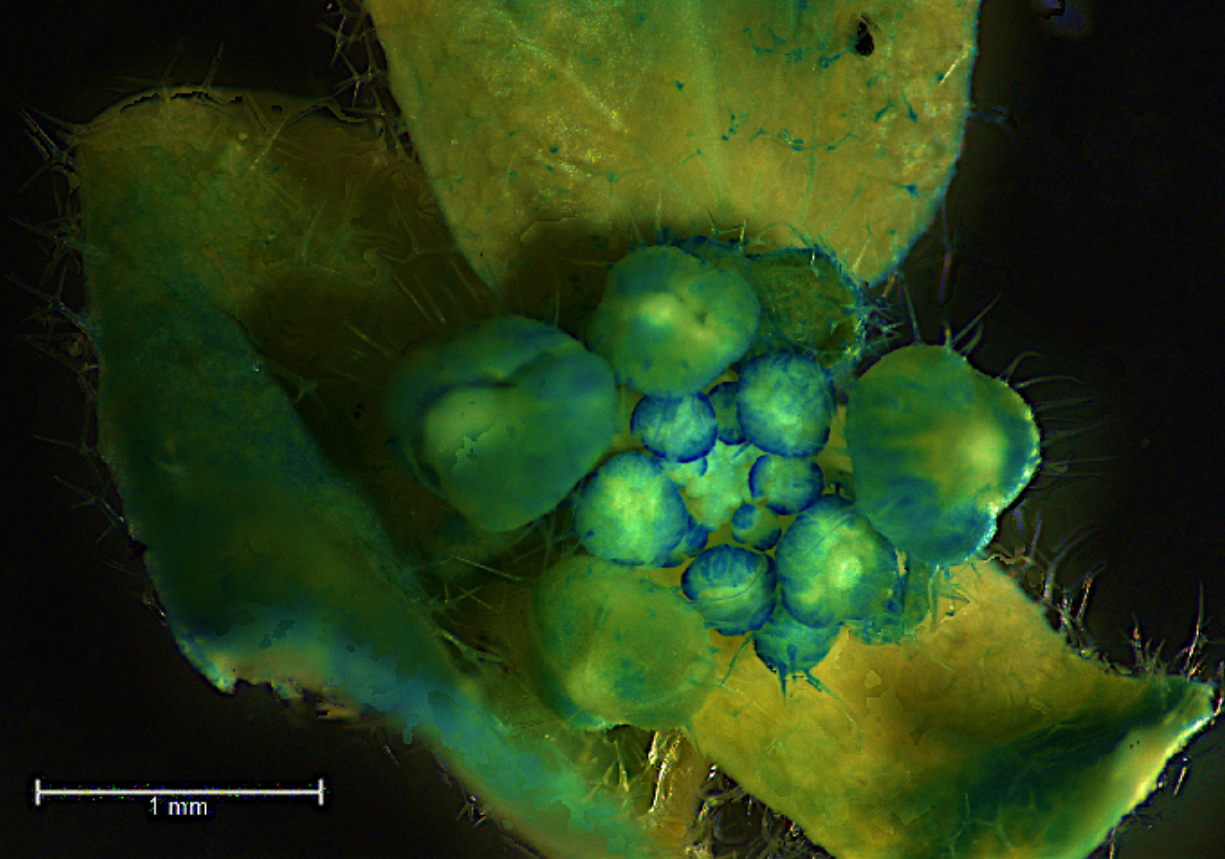 Expression of the candidate gene in blue.

At present, both projects continue their course in prestigious institutions at the regional and national levels; and I hope to continue contributing my grain of salt and get my doctorate in a field related to biology and the environment.