The mayor of Gandia, Diana Morant; the president of the Fishermen’s Association, Domingo Ciurana; the professor from the Campus Gandia of the Universitat Politècnica de València, Miguel Rodilla; and the Councilor for Economic Policy, Alicia Izquierdo, have presented the 1st Artisanal Fishing, Tourism and Region Exhibition of the Mediterranean, taking place from May 14th to 20th in the esplanade of the Lonja de Gandia. The aim is to throw a spotlight on Mediterranean fishing and its environmental, cultural, gastronomic and tourist importance.

The event is organized by the GALP Gandia Albufera (Local Fishing Action Group), composed of the Gandia City Council Departments of Commerce and Tourism, the Fishermen’s Association of Gandia, the Universitat Politècnica de València, with professors and students from the Undergraduate Degree in Environmental Sciences and the Master’s Degree in Environmental Evaluation and Monitoring of Marine and Coastal Ecosystems at the UPV; the UPV Tierra Ciudadana Chair is also participating in the event.

According to Miguel Rodilla, the exhibit has three main aspects: an educational aspect aimed at primary and secondary students from La Safor, taking place mainly from Monday 14th to Friday 18th May; a scientific-technical aspect, taking place both at Campus Gandia and the Port; and a social aspect open to the public, featuring family-friendly activities, taking place from Saturday 19th to Sunday 20th at noon

In the scientific – technical area there will be a meeting of the Spanish Network of Fishing Groups where members of the GALP and representatives of autonomous, national and European institutions will participate; these sessions will take place on May 16th and 17th. The sessions scheduled on the 18th and 19th revolve around the research project titled “The Role of the Spanish Mediterranean Fishermen’s Associations in the Integrated Management of Coastal Areas” funded by the Ministry of Economy and Competitiveness, the State Plan for Scientific and Technical Research and Innovation. UPV professor, Paloma Herrera will coordinate these sessions. 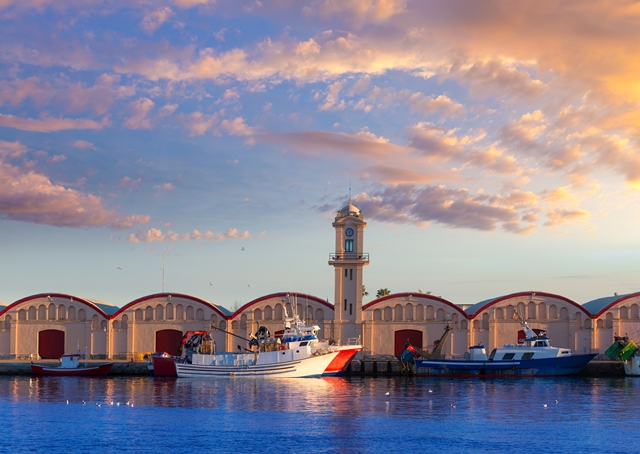 ACTIVITIES FOR ALL AUDIENCES ON THE WEEKEND

The most popular part of the exhibition will be inaugurated on Saturday at noon. This will take place over the weekend with the participation of seafaring entities, such as fishermen, the Royal Yacht Club in Gandia, diving centers, the Red Cross, etc. The public will be able can visit recreational boats and fishing boats. A drawing, photography and painting contest has also been called. There will be workshops for all audiences organized by the UPV and other scientific entities, focusing on on cetacean strandings, turtle recovery, the color of fish, and marine and coastal ecosystems, among others. And there will be no shortage of show cooking to learn traditional recipes, as well as sale of local food products.

According to the researcher Miguel Rodilla, these actions are “fundamental”. “All the actors involved in fishing have to work together as one: scientists, fishermen, politicians, etc.” He also highlights the outreach activities in the Gandia and the regional schools about the exhibition. “It is about contributing to their education and helping to form more complete people in the future who will be conscious of the footprint left behind by humans in their immediate environment.”