Captive breeding of newborn turtles and protection and relocation of nests would contribute to the conservation of loggerhead sea turtles, Caretta caretta, in our waters. This is one of the conclusions found in the first follow-up study conducted on the behavior of post-hatchling turtles in the Mediterranean that was recently published in the Marine Biology journal. 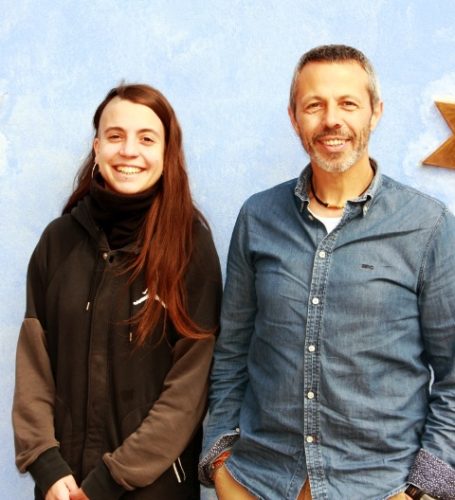 The research analyzes the dispersal of 19 loggerhead turtles from three different nesting events that were released between 2015 and 2017 and were satellite-tracked, in some instances for more than four months. The published study is the result of a collaboration between various institutions, including the Universitat Politècnica de València (UPV).

According to UPV researcher, Sara Abalo, the average survival rate of loggerhead post-hatchlings three months after their release was at least 59%; a high figure when compared with the mortality rate of hatchlings, which can be close to 90% in the first hours of life. According to Sara Abalo, the turtles studied were able to survive and disperse properly.

THE LOST YEARS OF THE TURTLES

Eduardo Belda, researcher at Campus Gandia of the UPV, affirms that the loggerhead turtles face several human threats – fishing, the presence of plastic waste in the sea and climate change – and for this reason it is necessary to understand their behavior so that adequate measures can be established for their protection.

According to the scientist, immediately after birth, the loggerhead hatchlings move towards the sea, swimming away from the coast where they cannot be observed until they return to coastal waters as large juveniles. “This period of time is known as the ‘lost years’ and we need to know about them,” says Eduardo Belda. 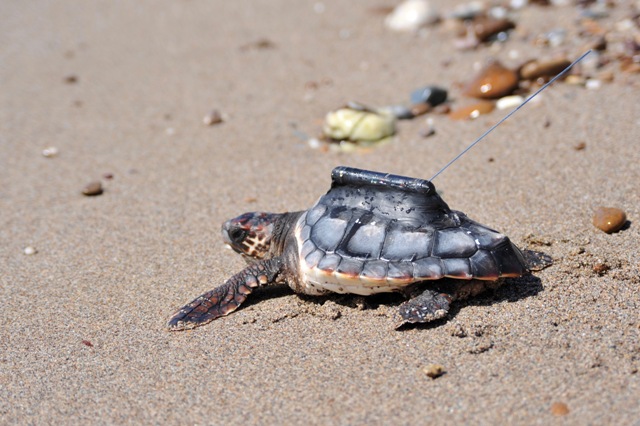 NESTING EVENTS IN THE WESTERN MEDITERRANEAN

Since 2001, loggerhead turtle nesting sites are being recorded in the western Mediterranean, something that had not been previously recorded. The turtles born in these western Mediterranean nests are threatened by the impact of tourism on the majority of the beaches, so it is necessary for qualified personnel to relocate these egg clutches to safe incubation sites.

Captive breeding of hatchlings, until they reach the size and weight necessary to survive in non-captivity, is another possible measure, although its efficiency has been questioned for fear that the turtles will not develop necessary competencies to become self-sufficient. 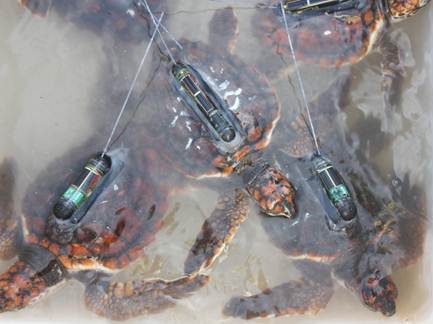 According to Sara Abalo, Master of Assessment and Environmental Monitoring of Marine and Coastal Ecosystems from the UPV, this study revealed that the loggerhead post-hatchlings bred in captivity were able to feed and disperse properly. The majority of the turtles traveled to open waters in the Mediterranean, with preference for the Alboran Sea, the Balearic Sea and the Algerian current, in the direction of the Strait of Sicily. None of the tagged turtles crossed the Strait of Gibraltar, in line with the hypothesis that the small size of the post-hatchlings would not allow them to cross the strong currents entering the Mediterranean in this area.

Only one of the groups of turtles in the study that experienced a parasitic infection during its breeding period, frequented more coastal areas, a behavior that is attributed to their impaired physical condition. Two of the turtles in the entire study recovered some time after their release, both with plastics in their stomachs.

More news related to this project