Coastal artisanal fishing is a vital economic activity for a large number of families along the Valencian coast, and marks the character of our fishing villages.  The importance of fishing is apparent in the local gastronomy, with dishes such as the “fideuà” from Gandia or the “arroz a banda” from many towns in Alicante, as well as in local traditions, such as the celebration of the “Virgen del Carmen” festivities. And we must not forget that it is also key to the conservation of marine and coastal ecosystems, since fishermen know their environment and are primarily interested in its protection.

In recent years, however, the sector has been losing steam and for this reason,  institutions such as the European Union are searching for solutions to ensure its survival. Tourism can play a key role in protecting and revitalizing the fishing sector. According to Luis Miret, professor at the Universitat Politècnica de València (UPV), an activity such as fisheries-related tourism, that lets tourists experience artisanal fishing on the boat itself alongside the fishermen, is nothing new, “since tourists have always come and taken rides on fishing boats.” However, health and safety regulations effectively ended this practice and now the it is the administrations themselves that want to promote it.

For Enrique Ferrer, secretary of the Fishermen’s Association of Gandia, fishing tourism and fisheries-related tourism can be key to the sector and therefore they have been working for some time with the UPV and the City of Gandia to study its feasibility and the way of implementing it. Enrique Ferrer and Luis Enrique Miret claim that several Italian cities such as Genoa, or Spanish regions such as the Balearic Islands, are already developing initiatives that combine fisheries-related tourism that combine activities such as dolphin watching with eating some ‘arrocito’ right on the boat.

To address the synergies between tourism and fishing, the Campus Gandia of the UPV has organized two activities that bring together public administrations, the industry and society in general.The coordinator of both forums was the UPV research professor, Paloma Herrera. 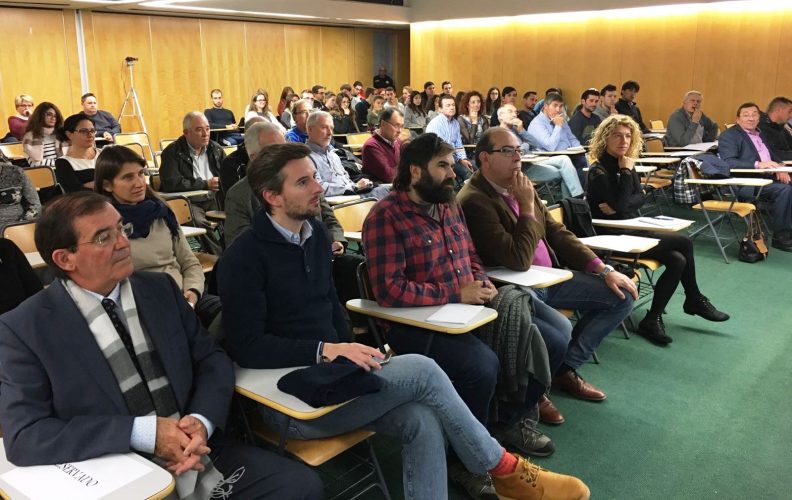 The first of the activites was the seminar titled “Artisanal Fisheries.Diversification of Fishing Activities”, whose objective was the evaluation of courses of action that should be set into place in the short and medium term in the area of ​​economic diversification of artisanal fisheries, according to Paloma Herrera.

Listen to the report on research in Artisanal Fisheries at the Campus:

In the first seminar, held on November 26th, examples of diversification in the fishing sector and fisheries-related and seafaring tourism were presented by the Fishermen’s Association of Roses, who have been carrying out these activities for several years. Likewise, they also talked about the transformation of the sector and the marketing of new services, and the impact on the environment. For Luis Miret, who took part in the session, the presence of government agencies is very important, since “they are currently working on rules to regulate fisheries-related tourism activities, that can either boost or paralyze their development.”

BLUEFIN TUNA HEADLINES THE NEXT SEMINAR

The second seminar on artisanal fisheries will be held on Saturday, December 17th, and is titled: “Sustainable Management of Fisheries Resources: The Bluefin Tuna Debate”. The session will feature representatives from political, scientific and artisanal fisheries management organizations. 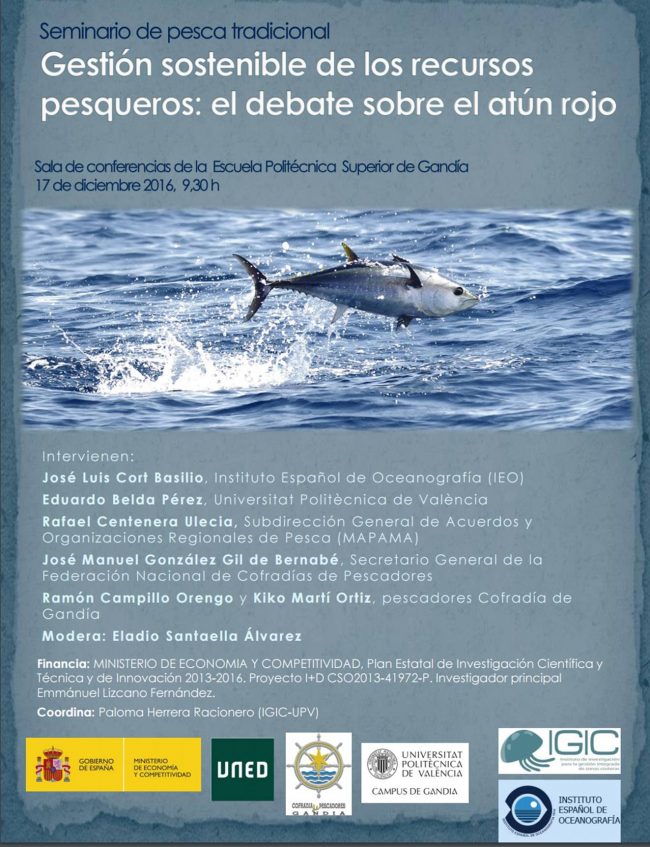