In the eighth edition of ‘Ciència Propera’ we talk about the silent revolution. Ultrasounds are emitted at frequencies that the human ear is not able to hear but which allow scientists to give them various uses in medicine. For example, in the treatment of certain tumours. Paco Camarena, professor of the Campus of Gandia, will tell us about their applications. In the report, Jaime Lloret, introduces us to the world of artificial intelligence. This is one of the lines of work that his team is developing in relation to the communication between devices. 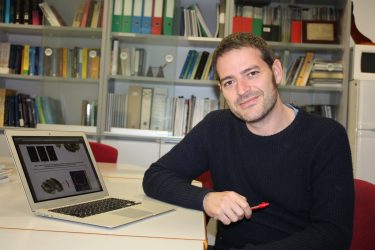 In the ninth episode, with the director of the Campus Innovation Chair, Pepe Marín, we talk about our environment and the possibilities it offers in creating an ecosystem of innovation. We will also hear about some of the pioneering initiatives such as the subject of business creation which brings people with different degrees together, young people are fundamental in developing such a habitat. We will speak with two who have been scholars, one to do a doctorate and the other who has been chosen by the Huawei Company to visit their headquarters in China. 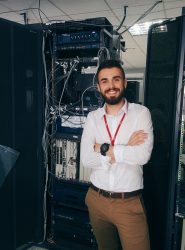 The tenth chapter asks questions that seem futuristic but are not so much. Is it possible to perceive the sensation of a kiss through a mobile? Can that be possible? We will talk about increasingly real virtual environments. The team of Fernando Boronat, is working on several lines of research related to this area. In the report, Carmen Gómez. Analytical chemistry, will give us a system to analyse samples that are being developed in the Campus in collaboration with the Valencian University.

In the penultimate edition of ‘Ciència Propera’ we deal with how climate change is affecting our environment. We have endemic species in danger of extinction, like the Samaruc. Some birds have stopped migrating because they no longer need to and invasive species are gaining ground on native species. With Professor Jesús Villaplana we take a sound picture about what the situation is. We also have the company of students from Escolapias School of second baccalaureate who participate in the interview. In the report we focus on the day of Safor al món, which wants to invite reflection on how to turn our resources into global products.

In the last edition of Close Science we enter the world of fiction series, The Soprano, The Wire or Breaking Bad, which have revolutionized the world of audio-visual creation in recent years, appearing in the conversation we have Héctor Pérez, the director of the research project that has been driven from Gandia. We will talk about the new language that has been born from these stories and how we consume them. And we will talk about next year when the Campus will be the site of a world congress of mankind.

In the second part of the program, we will talk to Víctor Espinosa, director of the Campus’s Joint Research Unit – UTEM, the only headquarters of this campus which has about 70 researchers from different disciplines. We will hear about some of his projects such as the study of the reproduction of captive of Bluefin tuna or the creation of a sound map of the Spanish seabed.