Virginia Garófano Gómez, who completed her doctoral dissertation at Campus Gandia, tells us about her pre-doctoral and current post-doctoral experience at the Blas Pascal University of Clermont-Ferrand (France).

My interest in river ecosystems and riparian vegetation got its start when I was studying Environmental Sciences at the University of Granada, which is why I decided to look for doctoral programs in the field. I found the program in the Department of Hydraulic and Environmental Engineering at the UPV, with a specialization in on Environmental Impact Assessment (EIA). At an Ecohydraulics conference I coincidentally met Francisco Martínez Capel, professor and researcher at the same department, who was working at Campus Gandia and who would later become my thesis director. With this set of circumstances, I decided to move to Gandia to begin my doctorate. 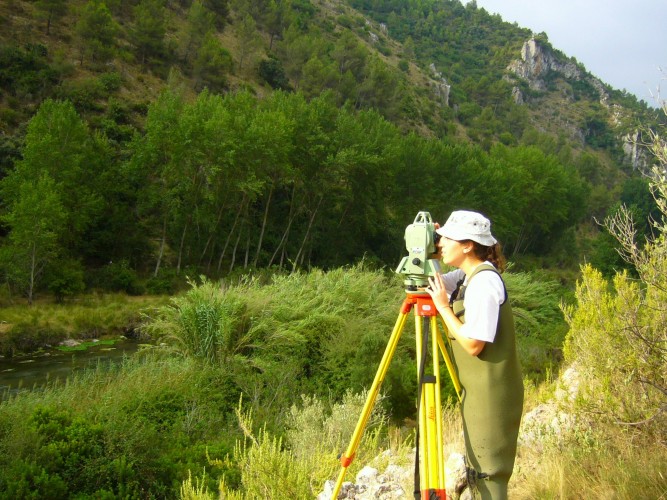 It was a difficult start because, despite receiving a warm welcome, I started my PhD without any financial aid. While I waited for it to come through, I was lucky enough to start working on some studies with the consulting firm TECNOMA, which allowed me to collect the first data for my thesis. Simultaneously I received the CEIC Alfons el Vell de Gandia research grant to fund the publication my monograph on the banks of the Serpis River.

But the turning point came when I received the Research Personnel in Training Fellowship from the UPV, allowing me to spend the following four years working on research projects and finishing my doctoral dissertation. And thanks to several other grants, I was able to carry out part of my PhD in the UK, Italy and Austria, which helped me to qualify for the PhD with International Mention. For me, these academic residencies were the best part of the entire PhD.

After finishing my PhD, I applied for several national postdoctoral calls, but with no luck, mainly because of the cuts in funding for research and because competition becomes greater as you advance in your scientific career.

After being out of work for more than a year, in March 2014 I was offered a part-time position as a research technician at the UPV, where I was able to help direct a doctoral dissertation. In June 2014 I was notified that I had been chosen for one of the 4 postdoctoral positions for foreigners at the Blas Pascal University in France. I received the news with mixed feelings: I was thrilled that I would be working with people I really admired, but I was also sad and unsure about moving away from my family and my partner, and to have to postpone possible motherhood. And doing a postdoc is a decision that you do not make on your own.

I have been working on my postdoctoral project for a year and a half now at the GEOLAB CNRS-UBP Laboratory in collaboration with the INRA-UBP research unit from PIAF. Both are leading research units and I am lucky to be surrounded by very competent people who welcomed me in an extraordinary way

In my postdoctoral project we are conducting experiments in semi-controlled conditions to characterize the morphological and biomechanical response of the black poplar (one of the most emblematic riparian species in the northern hemisphere) to different fluvial processes. Furthermore, I have the privilege of working on various studies in the Allier River, one of the few European rivers that still retain their natural dynamism. In June 2015 I presented the first results of postdoc in the I.S. RIVERS Conference in Lyon, where I received one of the two Best Poster Audience Awards. 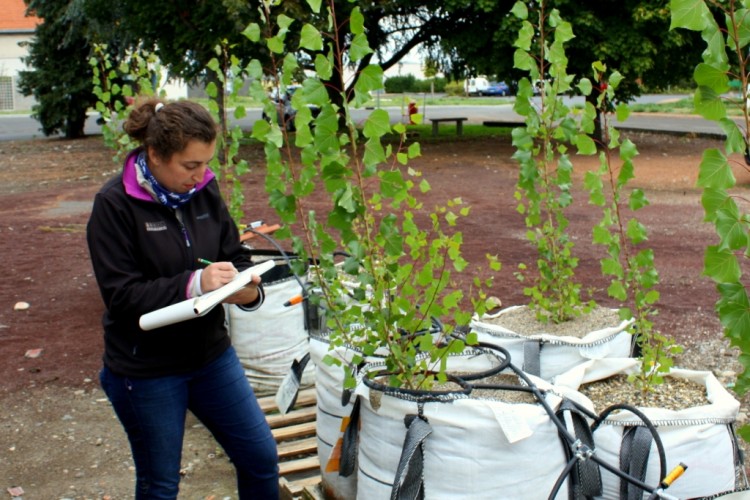 Times are tough for finding a job both in science as well as in any other field. In Spain, many people have a job uncertainty and while it is true that finding a job in science has always been difficult, now it has become more difficult than ever. Many young people are being kicked out of the country; leaving Spain is their only option and this is dramatic. Spanish society must demand greater funding for research, because it is fundamental in order to create knowledge and progress; without it, a country has no future. Improving the access of young people to careers science in decent conditions (salaries) should be a priority for our governments, although they remain seemingly indifferent to the “brain drain”.

I would like to conclude by offering some advice to new doctoral candidates: although a PhD is a long process, don’t get discouraged, you have to enjoy the ride, benefit from the experience and make the most of it, especially by liaising with other professionals and learning to use tools and techniques that will be useful later on, even if you decide to take another career path. Every effort has its reward.