On December 3rd a crucial step was taken in the construction of what is to be the world’s largest neutrino telescope, KM3NeT, with the installation of the first detector string off the coast of Capo Passero, near Sicily (Italy). The Universitat Politècnica de València had a significant role in the success of this first step, thanks to the work done by the research group of Acoustics Applied to Astroparticle Detection. This group belongs to the Research Institute for Integrated Coastal Zone Management (IGIC) of Campus Gandia, under the direction of Professor Michael Ardid Ramirez. 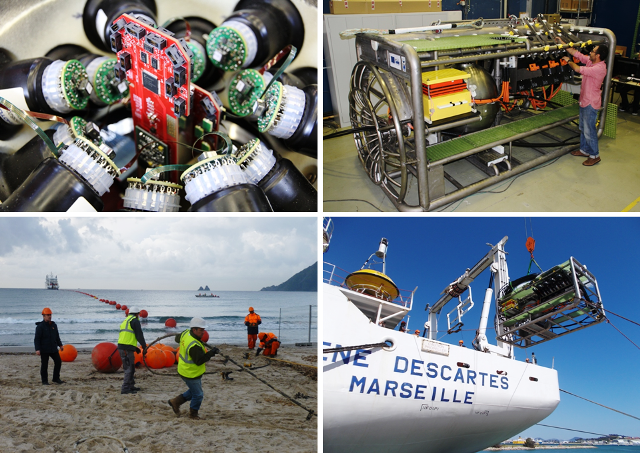 According to explanations by Professor Ardid, neutrinos are the most elusive elementary particles and as such they can reach the confines of the universe and pass through the Earth unchanged. Their detection is not easy and requires a sizeable ocean instrumented volume: the KM3NeT telescope occupies more than 1 cubic kilometer with hundreds of string detectors such as the one installed to detect weak light signal generated by neutrinos in the abyssal darkness.

“Because of its special location, KM3NeT will also be used to host experiments in Marine and Earth Sciences. The installation of this first string is a crucial step for KM3NeT, not only because it marks the start of construction, but also because it demonstrates the viability of the KM3NeT technology developed after a decade of research,” says Miquel Ardid.

The research group from the UPV IGIC in Gandia has played an important role in this first step of building the telescope. The researchers worked remotely form their facilities on the design of the acoustic positioning system for KM3NeT, necessary for monitoring the position of the optical modules in deep sea and this way reconstructing the trajectories of neutrinos with a one-degree improvement in angular precision. 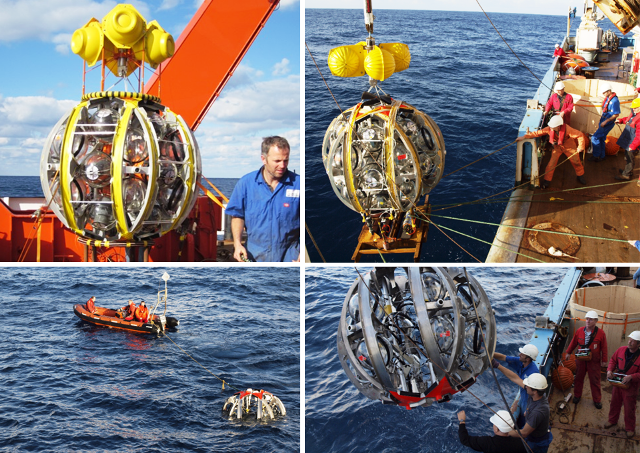 Specifically, the KM3NeT acoustic emitters (or pingers) were developed by this group, in collaboration with the Valencian company MSM SLL. The Campus Gandia doctoral candidate, María Saldaña Coscollar, participated in the deployment and control of the first full strings from Sicily, as well as the analysis of the first set of data received by the acoustic system.

The idea of ​​building optical modules with many small photomultipliers, called “multi-PMT”, instead of using modules with a single photomultiplier is one of the main innovations with respect to previous experiments such as ANTARES (also located in the Mediterranean) or IceCube (located in the South Pole). The multi-PMT KM3NeT modules offer better performance and are more cost-efficient.

KM3NeT increases the scientific potential of its predecessor, ANTARES, in which the UPV Gandia also participated and whose results include the development of the map of the Southern Hemisphere sky based on neutrinos, setting limits to detect dark matter, or the study catastrophic astrophysical events.