Tens of thousands of optical sensors located more than 2,000 meters deep in the Mediterranean Sea are probing several cubic kilometers of water for light signals generated by neutrinos, which are elementary particles that transmit valuable information from the confines of the cosmos where they occur. Although it it may sound like a page taken out of a Jules Verne novel, we are actually talking about the KM3NeT (Kilometer Cube Neutrino Telescope), the largest neutrino telescope in the world.  Among its ambitious objectives are: detecting cosmic neutrinos from astronomical sources, such as gamma-ray bursts, active galactic nuclei and supernova remnants; and indirect detection of dark matter in the universe. In addition, it will also serve as a unique observatory for abyssal research in Marine and Earth Science.

The KM3NeT, which is still in its initial stage of construction, will demonstrate the feasibility of the proposed technique and will exceed the performance of its predecessor, the ANTARES neutrino telescope. ANTARES takes data from 2008 and, although he has yet not observed signs of neutrinos of astrophysical origin, due to its modest size, it has demonstrated the viability of this technology. 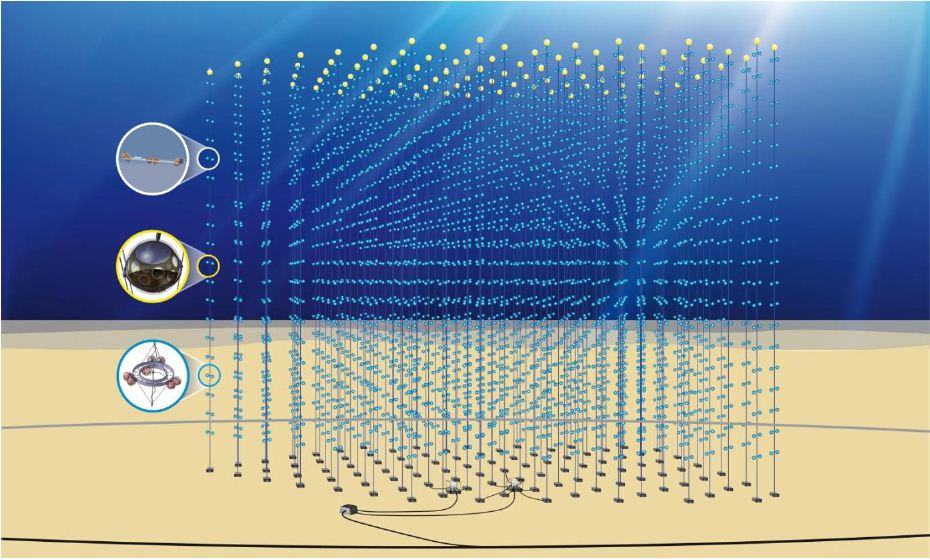 12,000 sensors will be distributed off the coast of Marseille (France), Sicily (Italy) and Pylos (Greece). The project includes the installation of 558 modules located in French and Italian waters in the first phase in 2015 and 2016. In the following phase, 2017-2020, the detector will be extended in order to achieve the targets set. Although there is no date for the completion of the original design, researchers can begin gathering data as soon as the first lines with sensors are installed.

PARTICIPATION OF VALENCIA AND UPV

Valencia is making an important contribution in KM3NeT project through the research groups of the Institute of Corpuscular Physics (CSIC-UV) and the Institute for Integrated Coastal Zone Management (IGIC) of the Campus Gandia of the UPV .

The UPV group, specializing in acoustic technologies in neutrino telescopes and lead by Miguel Ardid, has designed the system of acoustic transmitters that serve to monitor the position of the optical sensors with an accuracy of 10 cm at distances of approximately one kilometer. Moreover, thanks to the collaboration with the UPV, the company Mediterranean Maritime Signals, SLL (MSM) has won the tender to manufacture the acoustic transmitters for this first phase of the telescope. More information: CSIC and SiNC

Researchers from the Campus Gandia are also working on other lines of research that analyze data from this type of telescopes for the indirect search of dark matter. Silvia Adrian Martinez focused on this line of research in her recently defended doctoral dissertation, in which she set out a series of proposed models for dark matter based on the data ANTARES. Read her doctoral dissertation.

It is important to bear in mind that currently the universe is thought to be made up mostly of dark matter, as predicted by its gravitational effects, although this has not yet been discovered due to its low interaction with ordinary matter. 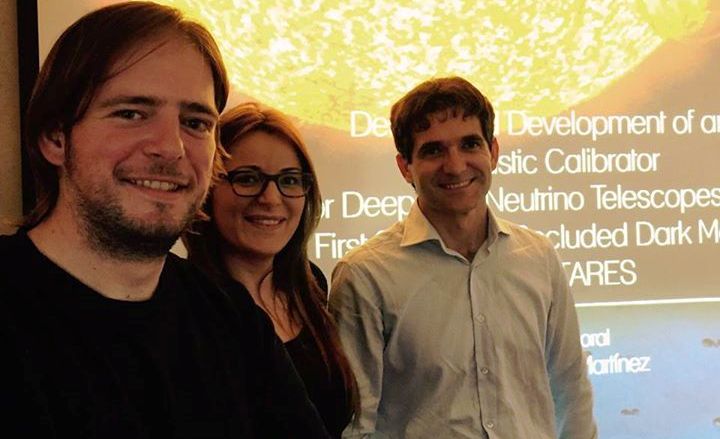