Researchers from Campus Gandia, Valencia University and the Oceanographic, alongside the NGO Xaloc and the Generalitat Valenciana (Valencia Regional Government), are working on a satellite-tagging project to study the behavior, habitat use and survival of loggerhead turtles (Caretta caretta).

The loggerhead turtles are being tagged with satellite transmitters to track their movements after being released into the sea. The first turtle to be released was Lola, a juvenile loggerhead turtle that has been swimming freely in the Mediterranean alongside two fellow species since last March 25, after her recovery in the ARCA del Mar at the Oceanographic in Valencia, and the Seville Aquarium. Since her release on the beach in Torrevieja, you can now follow Lola’s progress online at www.gandia.upv.es/investigacion and on Twitter with the hashtag #tortugalola. 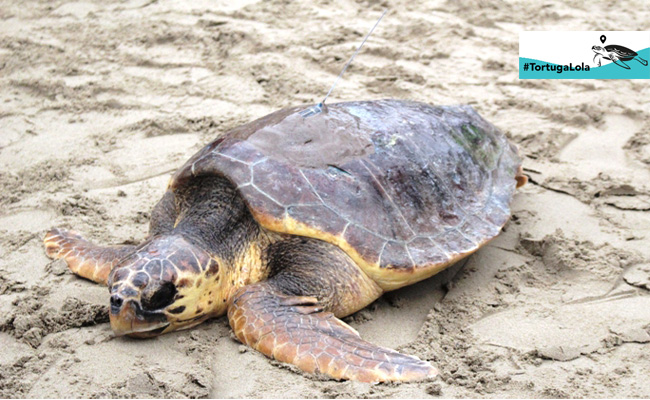 La tortuga Lola‘s electronic tagging is serving as a pilot experiment for the subsequent tagging of another eight infant loggerhead turtles, which are set to be released in late summer. It will also serve to assess the success of Lola’s return to her natural habitat and to find out more about the habits of this species in its first years of life, known also as the ‘lost years’. Understanding the turtles’ behavior, the areas they travel through and where they concentrate is key to protecting this animal, which is in danger of extinction.

As Campus researcher Eduardo Belda points out, it is a challenge: “Here at Campus Gandia, we have a lot of experience tagging birds and marine species such as tuna, but it’s the first time we’ve ever tagged turtles. The tags that we attach weigh only 26 grams and are powered by solar panels. This will allow us for the first ever to study what the dispersal routes and the habitat used by the loggerhead hatchlings are on our coasts. Loggerhead turtles don’t nest regularly in Spain, and only six nestings have been documented in the last two hundred years.”

The scientist says that the turtles will probably travel along major ocean currents in this area of the Mediterranean and will tend to concentrate in places where their food is readily available, probably conditioned by the oceanic characteristics of these areas. “If they overcome these dangers, they are very long-lived creatures that can survive up to 60 years,” according to Eduardo Belda, “and they often return to their place of birth to lay their eggs, so it’s possible that the turtles that we release in September will return to the Mediterranean beaches to spawn,” he says. 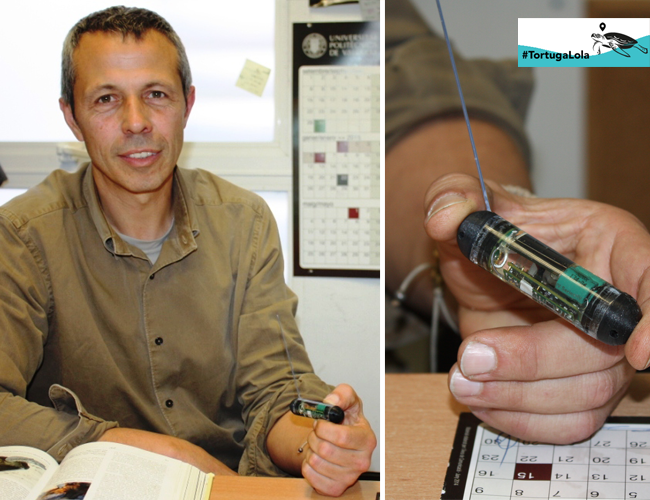 Worldwide there is only one other tagging project of such small loggerhead turtles in their first year of life, and it is being carried out in Florida. “Even though in recent years considerable headway has been made in the understanding of this species in the western Mediterranean, the biology and behavior of younger individuals remain largely unknown,” said Belda.

Furthermore, the researcher explains that there is a European directive “that obliges us to protect this species. If we know where they usually are, what routes they follow, we can develop management strategies to reduce incidental mortality in fisheries and decrease bycatch.”

Likewise, Jose Antonio Esteban, coordinator of the Oceanographic Research Department indicates that they are looking for new sponsors to fund more electronic monitoring devices that will allow more species to be tagged, “facilitating the acquisition of a more precise understanding of the movements of this species and the adoption of appropriate measures for their protection.”