I hope you haven’t spent the six euros fifty it costs for a movie ticket, because nobody is ever going to give you back the money or the two hours of your life that you’ve wasted. The truth is that “The Imitation Game” is a bad movie anyway you look at it. From the cinematographic point of view it’s simplistic and cheesy, downright ridiculous at times. And from the historical point of view, it is fraught with inaccuracies, which could be overlooked if they actually contributed something to the story, but not even that. If I’m wasting my time writing these lines it’s in the hopes of stopping you from wasting your time by seeing it.

It appears that the main problem lies in the fact that the director-writer-producer was determined to make a film about a genius, which has its own set of complication: How do you portray genius if you yourself aren’t one? I think it’s reasonable to conclude that neither the director, screenwriter nor producer of this hot mess is a math whiz (and certainly not a filmmaking whiz either). But neither are the viewers sitting in their seats in front of the big screen. So how are we supposed to really understand the character of a genius? We get a main character that is brave, romantic, funny, depressed, even psychopathic, because deep down we all have a good dose of courage, romance, wit, depression or psychopathy – who hasn’t ever wanted to kill someone? But understanding the essence of something that by definition is shared by only a tiny number of people is like asking a shrimp to understand what it it’s like to be a dog. 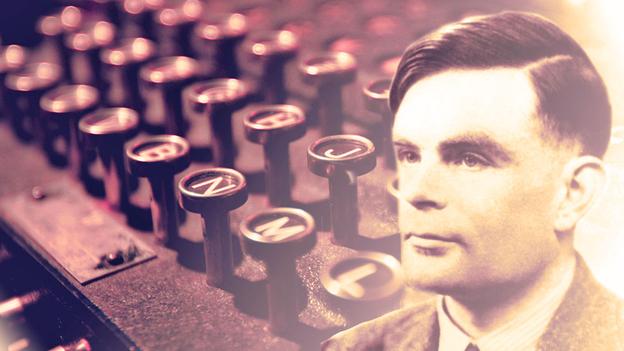 So I guess the producer, director and screenwriter sat around a table in a café brainstorming: “Let’s see, what does Alan have so to do to convince our generous viewers that he’s a genius?” And they decided to add a pinch of every genius they had ever seen on TV. Because obviously, they don’t know any real flesh-and-blood ones (does anyone?). But they did not even bother to consult with a run-of-the-mill mathematician, and if you they did, it is not patent. And one of the three said:

– “There’s that guy that repeats everything three times. What’s his name? That series about geeks … Big Band!”

– “Yeah, the new Spartacus. You know, the guy with the large mole between his eyebrows.”

– “That’s it! He made another movie before that, right, about a genius.”

– “There was this old movie… with Tom Cruise.”

– “No dude, the one with Dustin Hoffman.”

– “The guy that had mental superpowers, do you remember?”

– “Yes, and he knew the names of all the major league players by heart.”

The Alan Turing character in “The Imitation Game” is one third Sheldon, one third John Nash and one third Rain Man; all of them with the wrong seasoning. All right, it’s fiction; it doesn’t have anything to do with the real Alan Turing. But we are really tired of Sheldon, and on top of it, this guy isn’t even funny. So you can’t help but get the feeling that they took a look at Wikipedia to see what Alan Turing did after all. It turns out that he was part of a top-secret project to stop the advances of the German army, consisting of the development of a tool to decrypt the secret codes of enemy communications. But since the filmmakers didn’t think that the true story provided sufficient conflict, not like the huge barriers that Super-Alan-Sheldon-Rain Man-Nash have to overcome, they decide to create a bunch of ginormous problems.

– “Let’s make his boss a real jerk,” suggests the writer.

– “That’s really good! A jerkoff boss, that isn’t cliché at all. Wait, let me write that down.”

Who cares if his boss is the same person who hired him precisely to crack the German Enigma codes, among other things, and that in the middle of the war, one would assume that he would be interested in succeeding, both for his country and for himself as one of the project leaders. That’s not the important thing: his main goal is to act like a pissed off army sergeant and make the poor scientist jump over hurdles. One day he even goes into the laboratory and shuts off the machine just like that! “Since you’re going so slow, I’m going to shut off the gizmo.” What kind of logic is that? On another day he accuses him, in front of a large group of people, of being a Russian spy. Just like that, for now reason other than to sow distrust, to warm up the crowd. Poor Alan-Sheldon-Rain Man-Nash stares at him in utter shock, just like the movie spectator, wondering, “What the…? What’s this all about?” And the big boss tells him that he must be a spy because… hold on, “Spies are very quiet people.” And this guy is supposed to run the espionage department? Good thing the Russians and the Americans were on their way, otherwise we would all be speaking German in Europe.

– “Okay, we need more,” says the producer. “Come on, let’s put our hero in a tight predicament.”

– “Weelll…. Let’s have his team ignore him and give him the cold shoulder. Since he’s so smart, they’re all jealous.”

– “It’s what we used to do back in school to the four-eyes.”

You can’t take this seriously. These guys work for the government, the Germans are bombing them every other day, and all they can think of is picking on the class nerd? And so on and so forth. We have to show that he’s homosexual. How? Well, we can do a secondary story arc that starts with a kid giving a suggestive stare. Couldn’t they have put that in the main story arc? Couldn’t they have treated the drama of a homosexual scientist in the 40s in a more serious and coherent manner? Like one of the various aspects of the problems this character faces? No. They couldn’t. That’s asking too much. From the very beginning “The Imitation Game” refuses to look for the simple atom that always exists in complex things. The movie sidesteps the problems. It doesn’t explain why the machine that Alan built was innovative, or what these discoveries meant to the future development of computers. We go to the movie theater to see a genius and they give us a weirdo. They could have explained what he did, but that must have seemed difficult and unprofitable task to them.

Some links related to the topic:

Francisco Camarena, professor and researcher at the Campus Gandia of the UPV.