This week on the Campus Gandia, a team of researchers from the UPV presented the restoration of a previously unknown art piece by the painter Joan de Joanes. This sixteenth century panel painting of the Crucifixion of Christ is noted for its great chromatic and stylistic richness.

The painting belongs to the Royal Monastery of Santa Clara in Gandia and is presumed to have been painted during the period of the regency of the Duchess Maria Enriquez, about 1530. This is the first time since the time it was painted that the painting has undergone a full restoration process. The project also included a detailed historical-artistic study and scientific-technical analysis of the work of art. 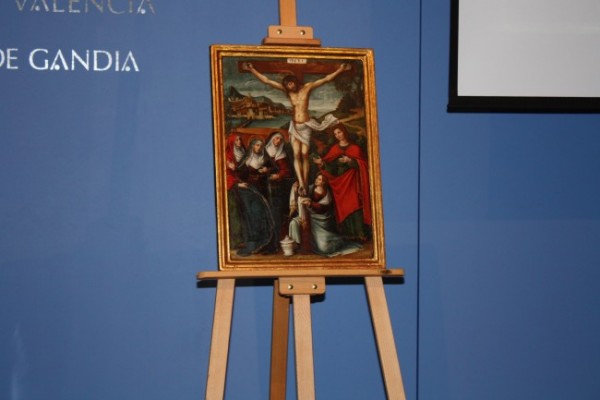 The recovery of this painting has been possible thanks to the agreement between the Monastery of Santa Clara and the UPV, represented by Joan Aliaga Morell,  professor and researcher at the Campus Gandia and who located the work of art of this painter. The restoration works lasted four months and was carried out by the Institute of Heritage Restoration at of the UPV, coordinated by Vicent Guerola, and a team of more than ten specialists in Conservation and Restoration of Cultural Property. Professor Joan Aliaga, faculty at the Campus de Vera and Gandia, stresses the importance of the recovery of this work “because thanks to this procedure, a work of art has been discovered that will now form part of the body of works ascribed to the catalog of the Valencian painter Joan de Joanes”. The painting, of a mid-sized format, retains its original gold leaf frame attached to the bracket. A thick layer of dirt accumulated over the centuries prevented the appreciation of the stylistic quality of painting, until now, especially the richness of color. “Our work has allowed us to recover all its polychrome, discovering a work of extraordinary value and hitherto unknown to the public,” said Vicent Guerola. 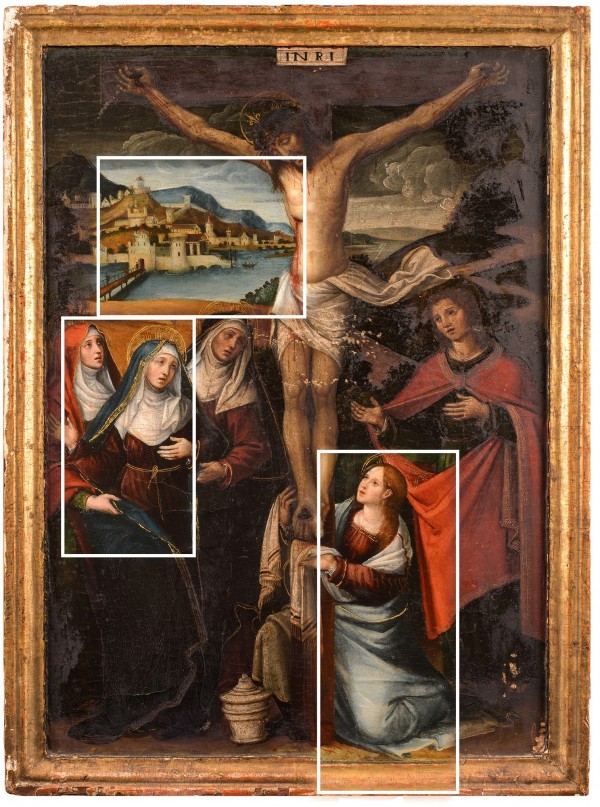 Following the presentation, a panel discussion was held titled “The Value of the Cultural Heritage of Gandia. Scientific-technical Study of a painting by Joan de Joanes”, with the participation of Joan Aliaga Morell, professor in the Campus Gandia J; Vicent Guerola Blay, in charge of the restoration of the painting; Mª Teresa Carbó Domenech, director of the Institute for the Conservation of Heritage of the UPV, Mª Victoria Vivancos, Vice President for Students and University Extension of the UPV and Pepe Pastor, director of Campus Gandia.