The high level of penetration of smartphones in our society and today’s technological developments have allowed us to have easy and immediate access to large quantities of information any time and any place. However, having access to a lot more information does not necessarily mean that we are better informed.

The terms fake news, clickbait or fact-checking have been thrust upon our collective reality, making it difficult to discern the degree of truth of the information being published in the media; the Post-Truth Era. Nadia Alonso and Raúl Terol, esperts in Communication from Campus Gandia of the Universitat Politècnica de València (UPV), are studying this phenomenon and analyzing fact-checking systems and their role in restoring society ‘s trust in the in the news media. 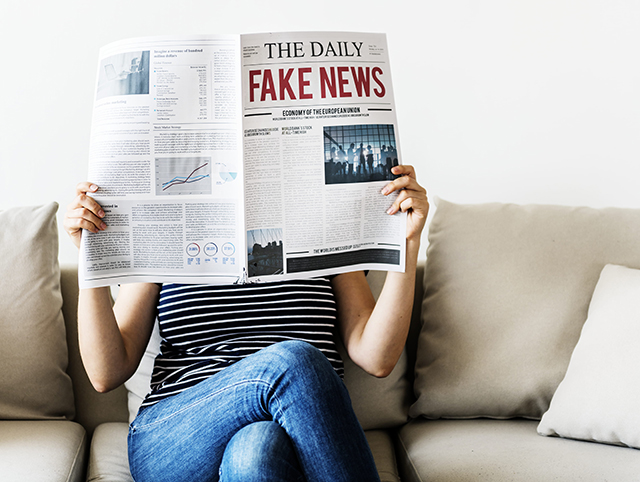 The researchers argue that, although “the deliberate use of disinformation is nothing new,” the changes in the ways that we consume information have promoted the proliferation of fake news, even in conventional media, discrediting the image of the media as the channels for truthful information. This climate of mistrust, “has led the conventional media to show the the fact-checking process for the news that they publish, as well as promote the creation of fact-checking agencies for the sake of greater transparency and credibility,” Nadia Alonso explains.

For their research, Alonso and Terol analyzed 38 Spanish digital newspapers in order to check whether they implement any fact-checking tool on the facts they provided in their news and, if so, to determine their characteristics and effectiveness. The result – in the moment they conducted their research – was that only four some kind of fact-checking mechanism: the newspapers El Mundo, El País and Cambio 16 are members of the The Trust Project platform (now there are some more), and the newspaper Public implements the Tj Tool software.

FAKE NEWS DURING THE PANDEMIC

With the onset of the COVID-19 public health emergency, the spread of fake news on social media and messaging apps has increased exponentially. “This has generated tremendous uncertainty and misinformation among the public in a context in which access to truthful information is of vital importance,” says Raúl Terol.

Alonso and Terol have centered their research on this period by analyzing the Transparency Index of the news related to COVID-19 that were published by Diario Público in the first 14 days of the state of alarm, since it is the only mainstream newspaper that implements a tool that shows the traceability of the news production process. According to Terol, “the TJ Tool application uses eight editorial transparency indicators that provide a numerical value that reflect the degree to which they are being fulfilled in a news story.”

Given the current over-saturated news scenario, the researchers warn that not only is it necessary to advance in the implementation of fact-checking tools and data transparency in the media, it is also necessary to provide the public with tools to detect information of doubtful veracity and raise awareness about individual responsibility for not disseminating this type of content.