A group of researchers headed by Jaime García Rupérez from Campus Gandia Campus of the Universitat Politècnica de València has developed a new photonic structure configuration: innovative ultra-compact interferometers that can be integrated onto a small chip for the development of optical systems such as sensors, modulators or switches.

These new interferometers can be used for different integrated photonic applications, such as biomedicine, and specifically in the development of lab on a chip devices, used for early detection of biological components related to certain diseases, without the need for skilled personnel. The new interferometers could also be used in more powerful on-chip systems, for the transmission and routing of large amounts of data in networks such as 5G.

These innovative ultra-compact interferometers use the so-called slow wave phenomenon to improve their sensitivity. The innovation, demonstrated for the first time ever, has been published in one of the most relevant international scientific journals in the field of optics: Light: Science and Applications, from the Nature group, in the article ““Slow light bimodal interferometry in one-dimensional photonic crystal waveguides”.

Luis Torrijos, Amadeu Griol and Jaime García Rupérez are the authors of the paper, which is one of the results of Luis Torrijos doctoral dissertation supervised by García Rupérez, research professor at Campus Gandia. 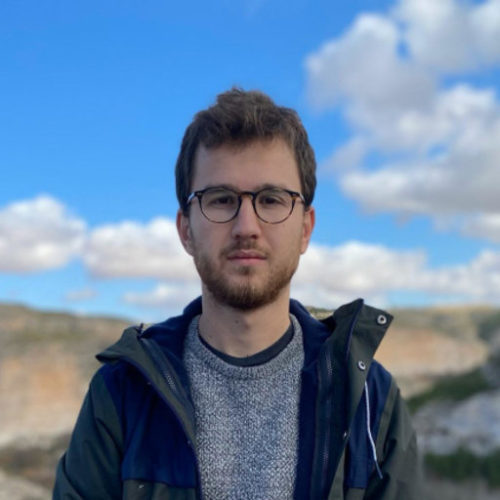 THE COMPLEXITY OF NANO-INTERFEROMETRIC DESIGN

The miniaturization and integration of optical circuits in increasingly smaller devices is one of the fundamental research challenges of recent decades. The design of integrated optical structures such as interferometers, at nanometric scales (1 million times smaller than the thickness of human hair), presents tremendous challenges, since the length of the interferometer is key to its measurement capacity, according to the researcher Luis Torrijos.

“A classical interferometer divides a light beam into two different optical paths or waveguides and then recombines them again. The greater the difference between the lengths the two paths, the more information carried and, therefore, the more sensitive the interferometer. Our innovation consists of using a one-dimensional photonic crystal guide, that is to say, a structure with a periodicity comparable to the wavelength of propagating light, which supports two light modes, one with a very low speed compared to the other. That way , we achieve a considerable lag without increasing the length of the physical path of the interferometer, which means a notable reduction in the final size of the device,” Torrijos explains.

“The idea came about from the high sensitivities obtained by using bimodal interferometric configurations based on normal guide. Hence we considered the option that the slow wave behavior present in photonic crystals could further improve these capabilities,” the researcher points out.

Office of Communications of the Universitat Politècnica de València