With seafront promenades washed away and extensive damage to buildings and infrastructure, the destruction caused by Storm Gloria could run into the tens of millions. What are the causes of such devastating effects? And what can we do to prevent them?

Both the Research Institute for Integrated Management of Coastal Areas of the Campus Gandia of the Universitat Politècnica de València and the Masters Program in Environmental Assessment and Monitoring of Marine and Coastal Ecosystems of the UPV (MEMIC, for its Spanish initials), are looking into these largely man-made problems on the coastline. 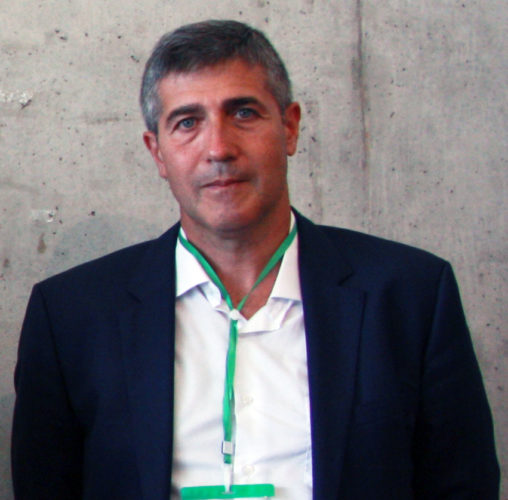 According to Miguel Rodilla, researcher at the UPV and professor of the Master’s Degree, coastlines are strategically important since they provide us with important resources and services. However, the human activities carried out in these environments may lead to unwanted environmental impacts. In consequence, he affirms that, “we need efficient management to ensure the environmental sustainability and the competitiveness of the economic activities that are tied to these environments.”

With regard to the destruction brought on by Storm Gloria, Miguel Rodilla points to a combination of causes. The researcher recently took part in two interviews to this effect, which you can listen to here:

Interview on Radio Valencia – “We need a new coastline”

On the one hand, according to Rodilla, the Mediterranean coastline is regressing due to a lack of deposition of sediment from our rivers. “We have reduced the water flow of our rivers to divert it for other uses and also to prevent flooding. This has caused a decrease in the deposition of sediment and consequently the regression of the coastline.”

The researcher points out that we are also facing the effects of climate change. “We will have more frequent and more extreme storms and rising sea levels,” says Miguel Rodilla, citing the conclusions of the UN Intergovernmental Panel on Climate Change (IPCC) for the Mediterranean basin. According to the scientist, this will lead to a shoreline retreat and frequent damage to public infrastructure along the coastline. Given this situation, the researcher proposes a public conversation about the direction that we should take. According to Rodilla, there are various mid term options being considered; on the one hand, the construction of solid structures, such as breakwaters, to protect against waves. This solution, he explains, could result in the disappearance of the beaches as we know them, “We would have to invent another form of leisure by the sea.” On the other hand, he says, they are expensive, involve maintenance and are not completely effective.

Another option would be to enhance the natural defense systems of the coasts, such as the dunes or the Posidonia meadows. “For example, in Las Marinas de Denia there was a meadow of Posidonia oceanica that acted as a natural barrier to beach erosion, in addition to being a source of marine biodiversity. Now the Posidonia barrier reef of Las Marinas has disappeared, resulting in alterations to the beach and damages to homes and infrastructure with each storm. Unfortunately, Posidonia grows so slowly that it would take between hundreds and thousands of years to restore the meadow we have lost,” he explains.

As for the dunes, the researcher affirms that they constitute a natural reserve of sand and sediments for the beaches and stop the effects of the storms. For these reasons, according to the researcher, “preserving the beach-dune ecosystem guarantees the future of our beaches.”

Miguel Rodilla claims that we are facing a serious, though not irreversible, situation, “What we can no longer do is to carry on with the same dynamics without reflecting on where we are heading and where we want to go.”

On these links you can find content created by Campus Gandia on the management of coastal areas and the effects of climate change, such as the interview conducted with Miguel Rodilla in 2016 (starting at minute 7’10 ”), in the first radio program ‘Ciència propera’.

In addition, this 2017 video of another storm that wreaked havoc upon the beaches to the south of Gandia, recorded by students of the Audiovisual Communication degree at the UPV, starring and written by Ferran Llario, graduate of the Bachelor’s Degree in Environmental Sciences and of the Masters Program in Environmental Assessment and Monitoring of Marine and Coastal Ecosystems.